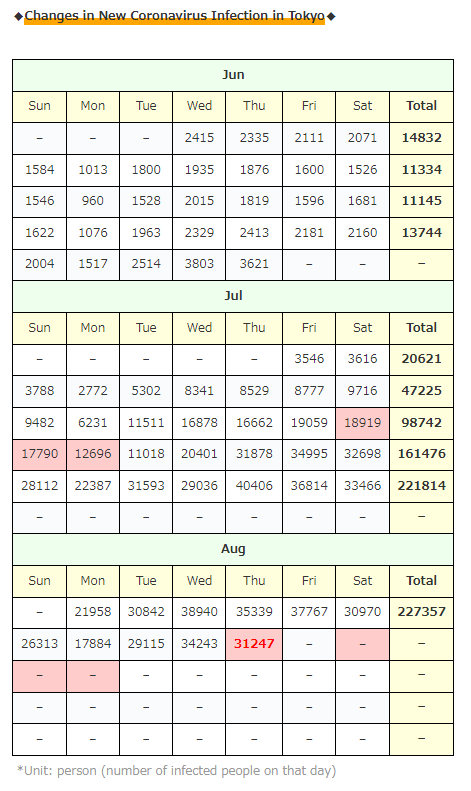 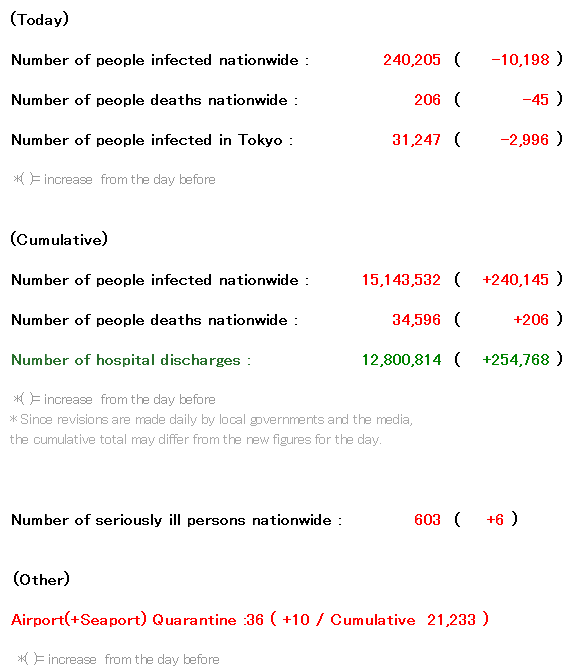 I hope it will continue to decrease without increasing after that… 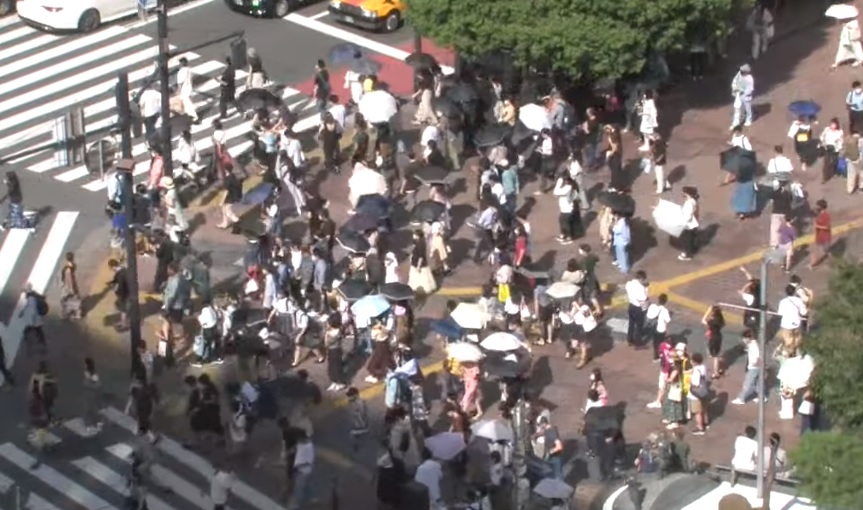 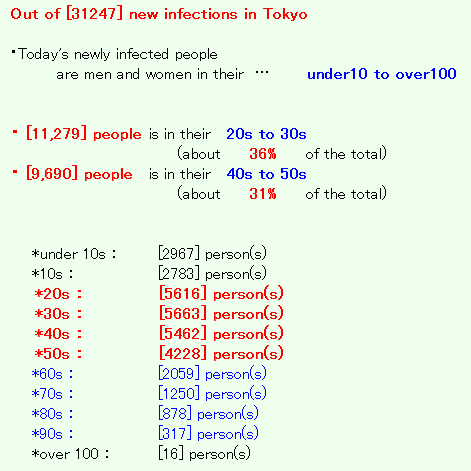 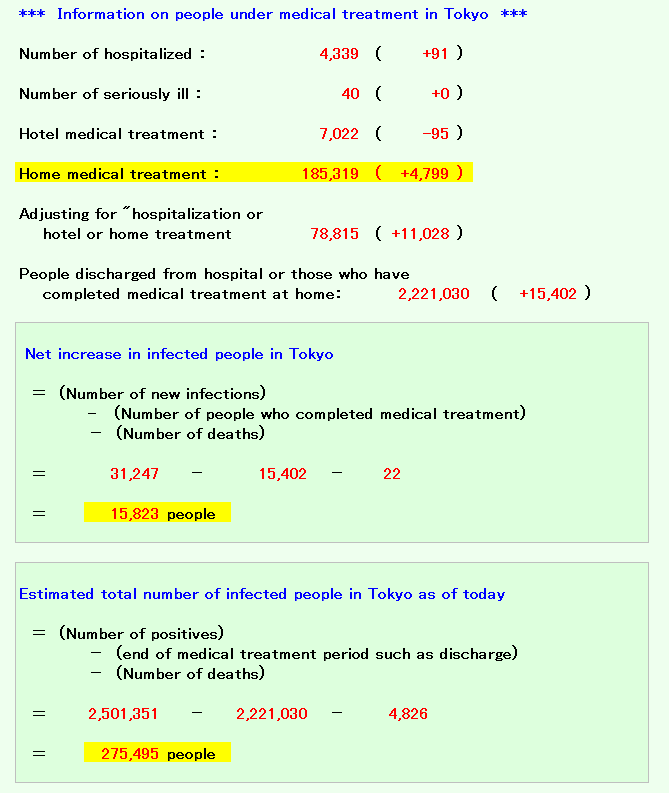 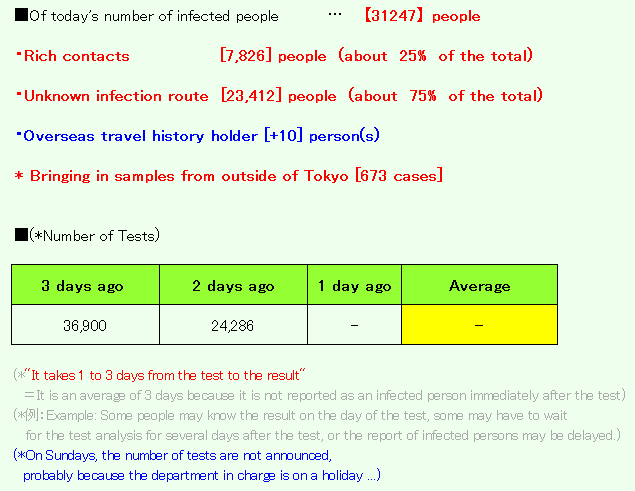 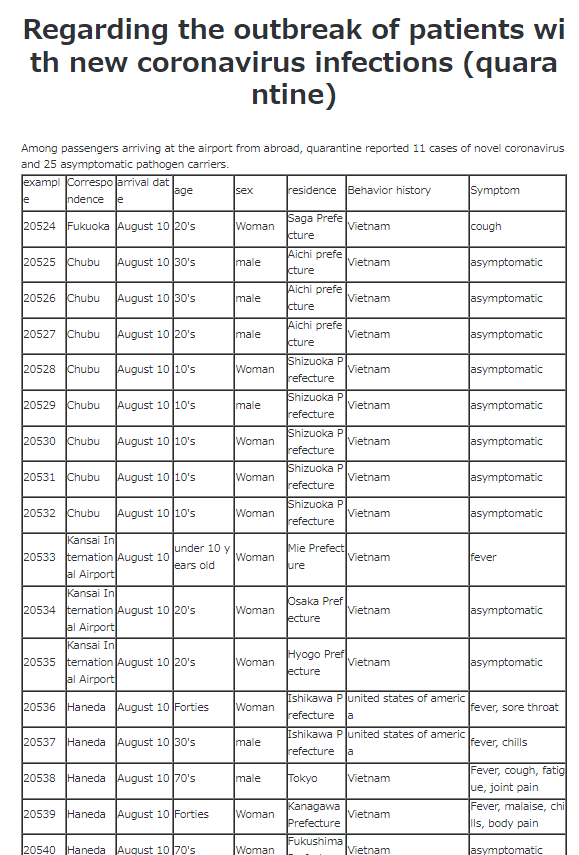 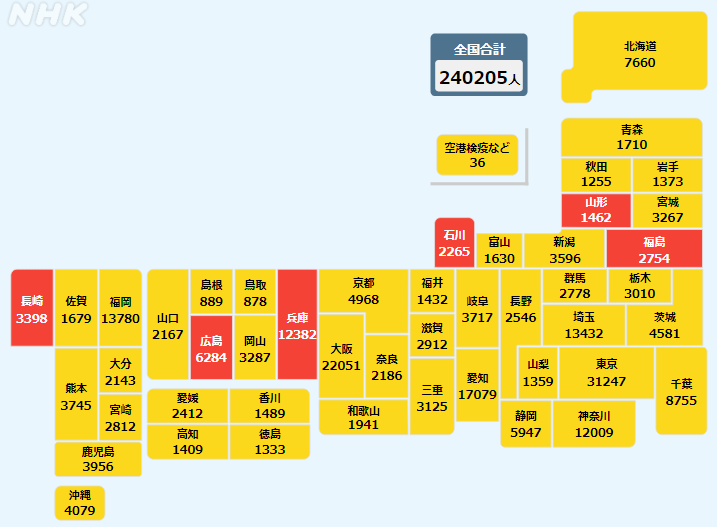 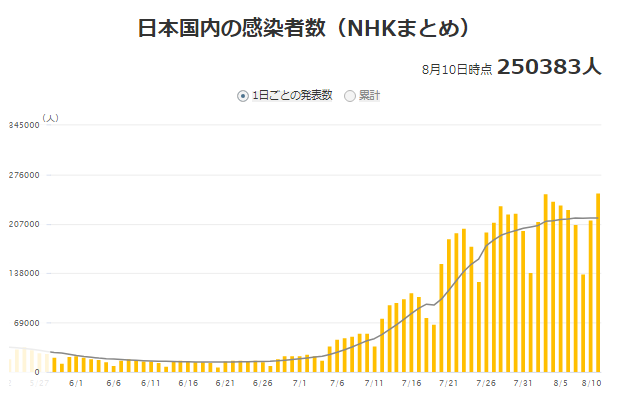 Today is a public holiday, so there was no announcement of the number of tests in Tokyo as usual. 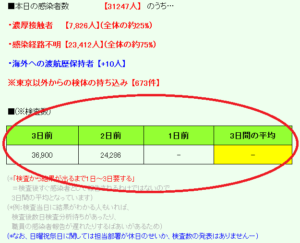 (*Medical institutions are closed on national holidays, so tests are rarely conducted.)

And in Tokyo, serious cases of young people continue to occur…↓ 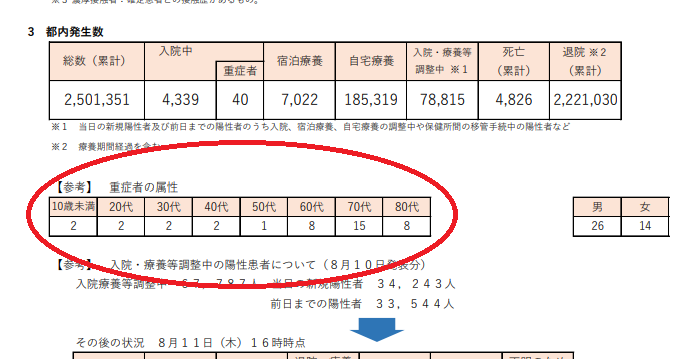 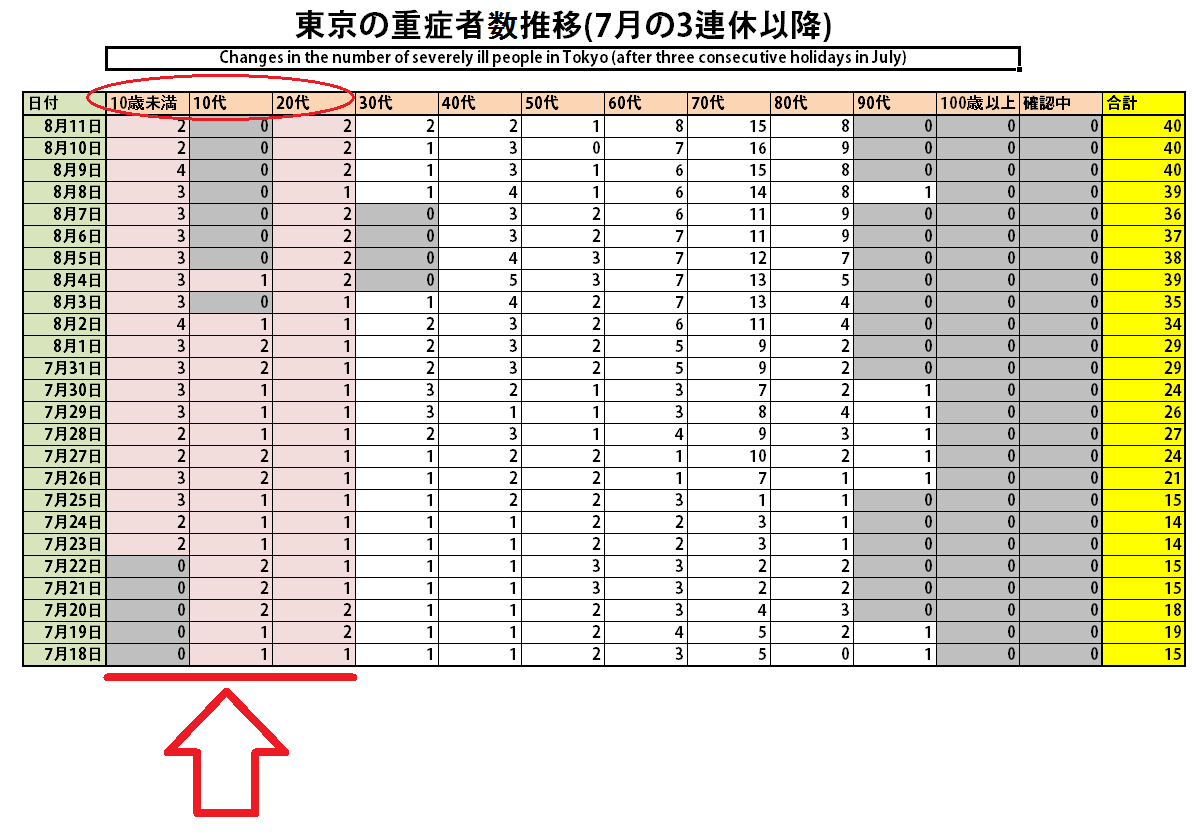 By the way, this is a “calculation based on the standards of Tokyo”, but according to the national standard set by the Japanese government, the number has already exceeded 500.↓ 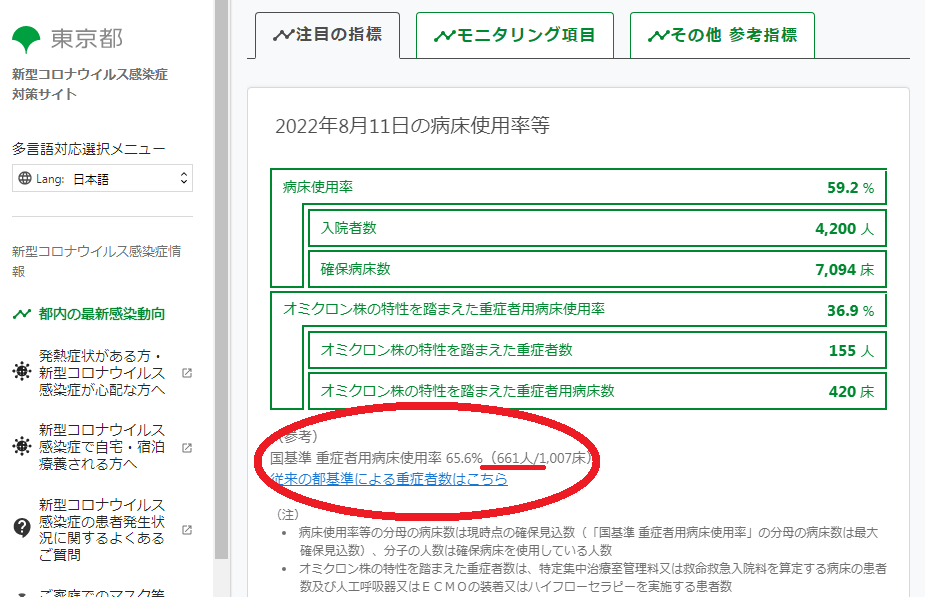 The number of deaths across the country has exceeded 200 people instead of entering the triple digits. 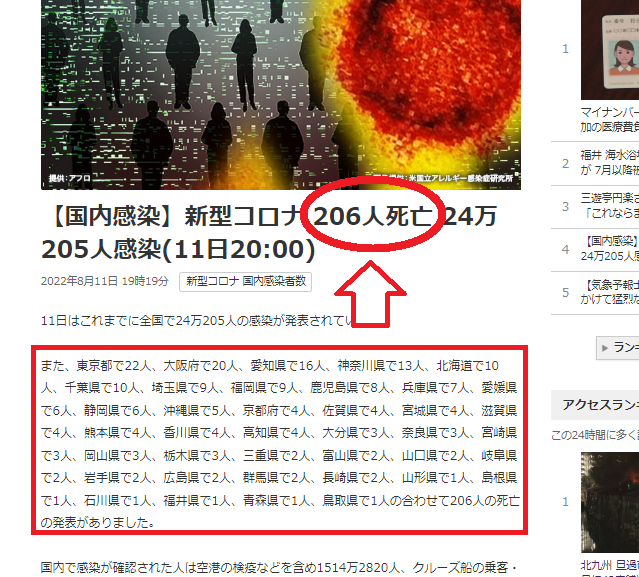 By the way, other than Tokyo, the “one metropolis and three prefectures” (Saitama, Kanagawa, and Chiba) are also moving in the same way as Tokyo’s infection situation, but there is something that worries me a little about Saitama…

(*The red circle is the highest number ever) 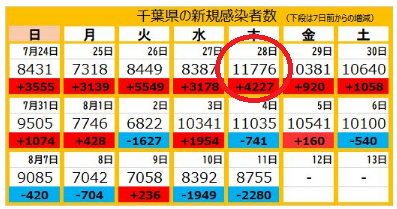 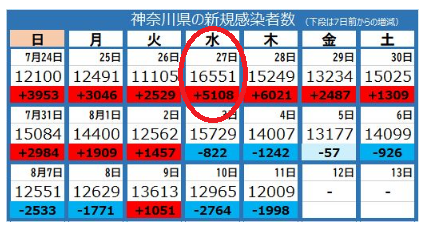 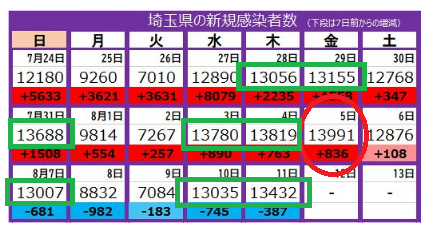 ↑I wonder if Saitama’s ceiling is about 13000 people?
It feels that way, doesn’t it?

Thinking about it, it seems that Saitama has been stuck to the ceiling for nearly three weeks…

Well… I think other areas are also restricting the number of tests (by not letting them come to the hospital), so I think it’s actually a similar feeling about other areas…

I think we were obligated to enroll in health insurance, but the Japanese government only makes us pay the premiums and refuses medical treatment…!