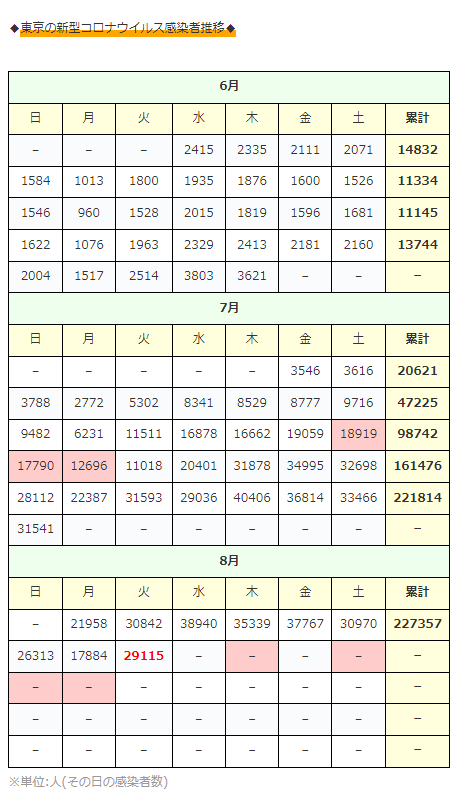 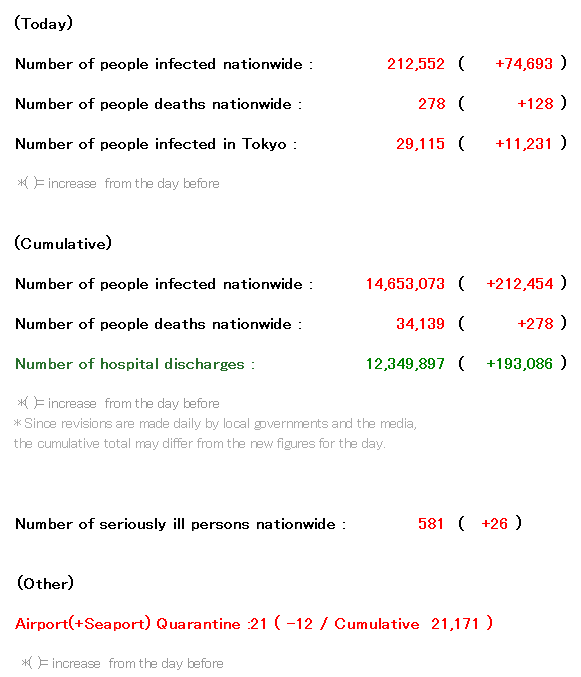 After the three consecutive holidays in July, the number of patients and consultations increased too much, and the hospital was overwhelmed after that, so the current situation is that even tests and consultations are not possible…?
(*Recognized as infected without medical examination = no room for medical examination at the hospital)
= The number of new infections appears to decrease because it is not reflected in the number of infected people
= Many people are suffering at home without being able to even get tested? ) 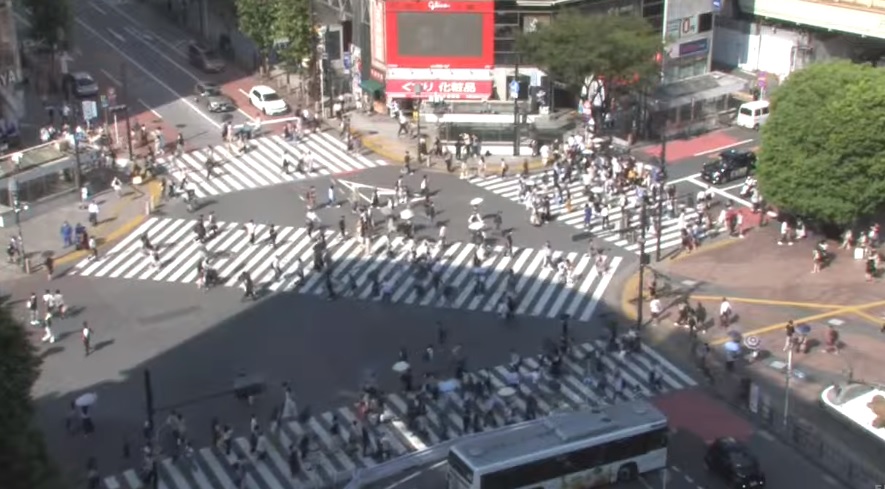 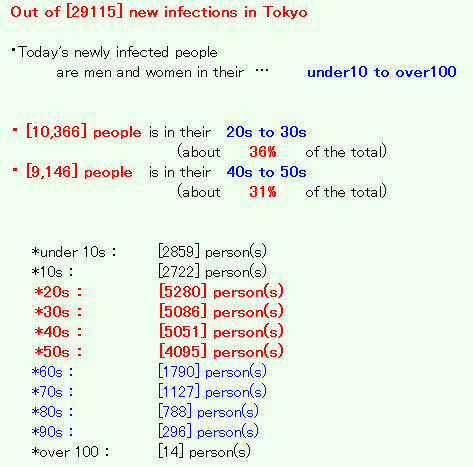 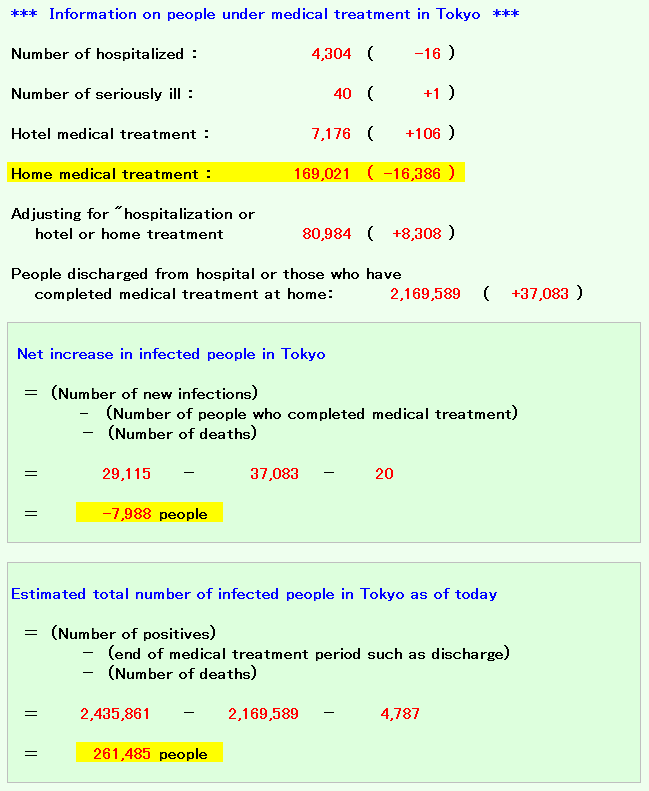 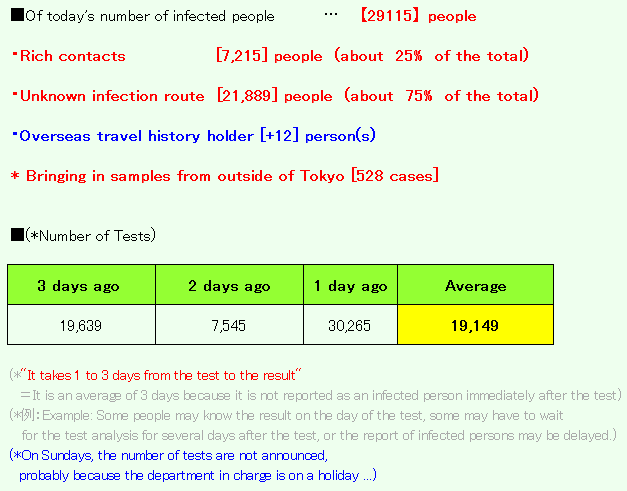 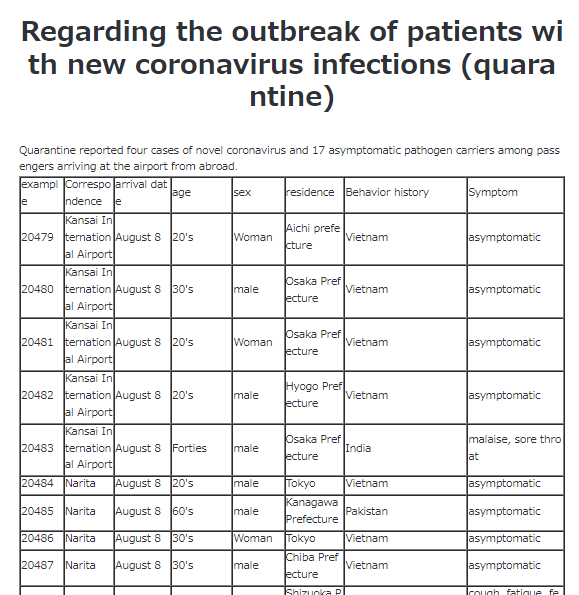 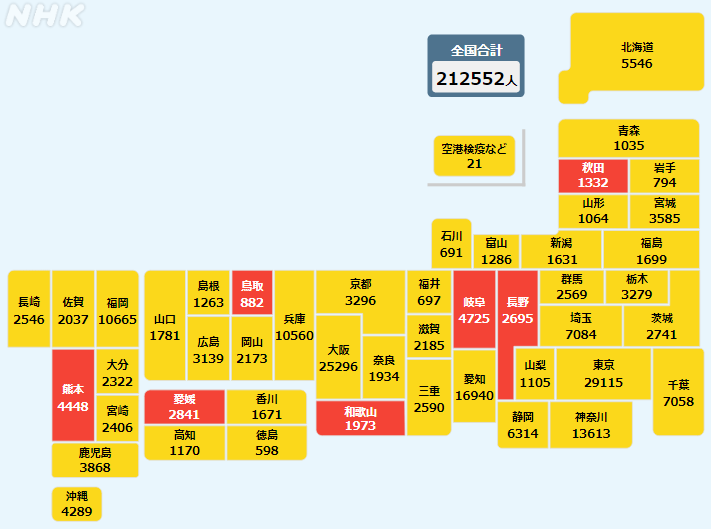 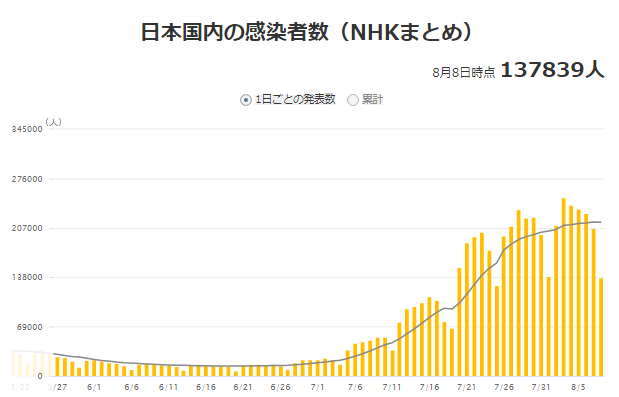 Well, since the three consecutive holidays in mid-July, the infection situation in Japan has been so messed up, and for this reason, Mr. Omi, chairman of the government subcommittee, who has not been on the topic for about a week, said something like this last week.

＜Urgent proposals to the government compiled by Chairman Omi and others＞ 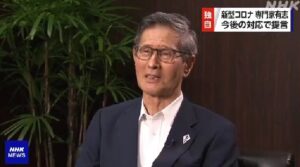 →【Medical support】
①Loosen measures against infectious diseases so that they can be performed at general medical institutions
②Make it possible to be hospitalized at more medical institutions
*Financially subsidize the medical institution that accepted the patient’s hospitalization
*Outpatients are basically performed at general medical facilities
→【Corresponding to public health centers】
①Stop observing the patient’s health and handle it at the consultation desk
Discontinuing the 100% grasp and responding only to patients at risk of aggravation
Hospitalization adjustment is done directly by the medical institution, not by the public health center
②Recuperate only at home
Introduce a new method to understand the infection status
→【Cost of Medical Treatment】
①Continue public expenditure
②Only severely ill patients and high-cost drugs will be covered by public funds
Change the infectious disease law to allow the minimum amount of going out
→【Treatment of close contacts】
①Each person should make their own decisions and act
②Change the handling under the Infectious Diseases Act

Well… no matter how they try to cover it up, we can only looks like that they’re still saying, “Isn’t it fine to treat it like a normal cold?”

“The government should explain to the public that the number of people who will die may increase if socioeconomic activities continue to be activated in the seventh wave.”

“Since shortening the waiting period for close contacts increases the risk of the spread of infection, the government should encourage the public to take action to lower the risk.”

“We should make sure that test kits are available.”

“We should build a new investigation method to understand the infection situation.”

They say such things, but am I the only one who thinks they’re just trying to shift the blame…?
Something like “I gave you advice!”

After all, they know that more people will die, but they are just saying, “Government should explain!”, and  actually, they’re trying to change it to “regular cold treatment” ….

I don’t remember the timing, but since when did this person only say things like protecting the medical industry to which he belongs and receiving subsidies?
Something like “We should only prevent the medical crisis! Infected people should wait at home!”
There are people who suffer during home recuperation, and there are people who die just like that…

By the way, as everyone on the street is shouting out loud, if the handling of COVID-19 under the Infection Law is changed from the current “class 2 equivalent” to “class 5”,

All medical expenses will be borne by the patient.
(*Currently covered by public funds)

What this means is that
the people are yelling, “Change to class 5!”,
but the government is stubborn and does not change and is paying the burden of the people…

Well… from our point of view, “the government is increasing the number of infected people without restricting movement on its own, and using our tax money to take care of it”… ( dry laugh)

Medical expenses are so high that more and more people will be very careful about infectious disease control! (lol)

By the way… Every day, I introduce the prefectures with the “worst 10 total number of infected people” in the ↑ column…↓

Then, on the contrary, “Where are the top 10 with the lowest cumulative number of infected people?” is like this↓ 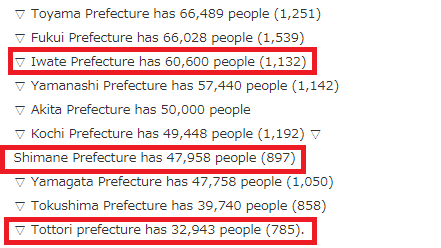 I mean…, even in Tottori, which has long reigned in Japan’s TOP of TOP, the number of infected people is close to 1000 now, isn’t it?

Nowhere in Japan seems to be safe…

The number of deaths is terrible, but changing the treatment under the Infectious Disease Law from “equivalent to type 2” to “type 5″… Seriously?

By the way, there is an active movement to change the handling of COVID-19 infectious diseases from "class 2...