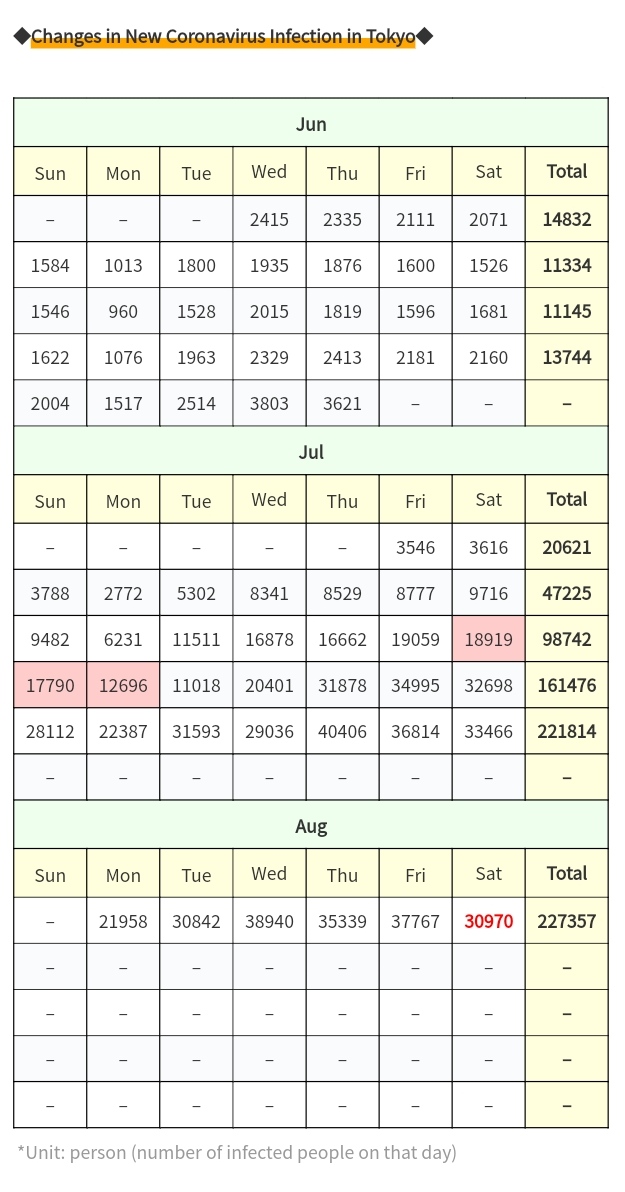 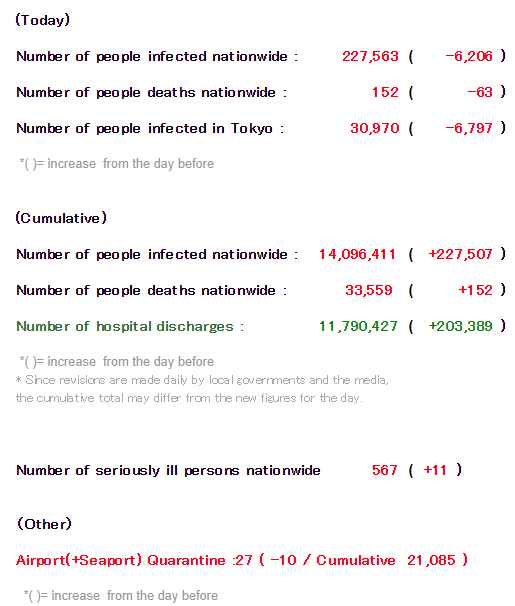 The number of infected people in After all, it was “about the same number as last week” throughout the week.
You can see that the total for the week does not change much…

↑Expert predictions
↓Actually, I have a feeling it will look something like this…(Just sticking to the ceiling)

News sites and experts said, “The first week of August is the peak!” but it seems that it has already hit the peak since last week…
(*Peak → The number of tests is limited and cannot be counted) 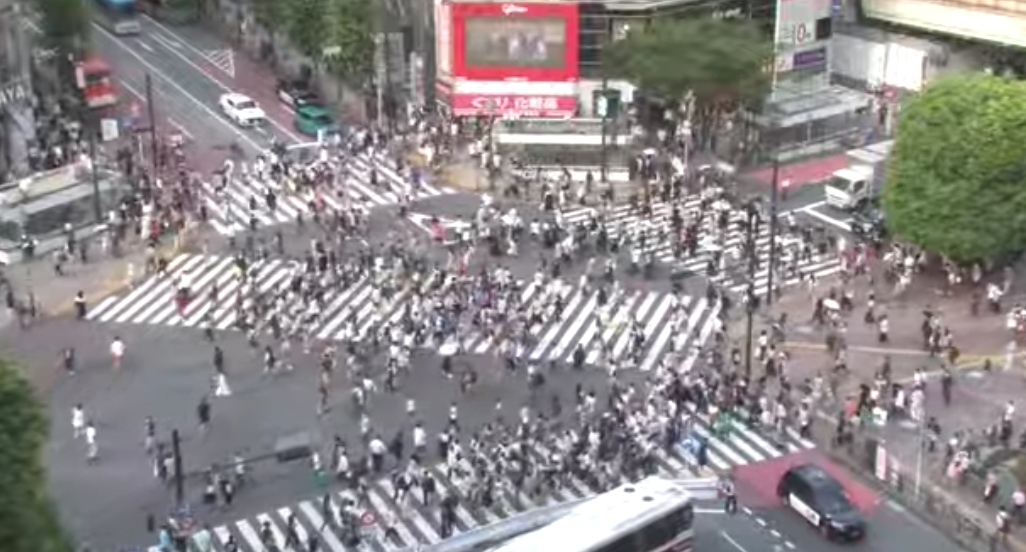 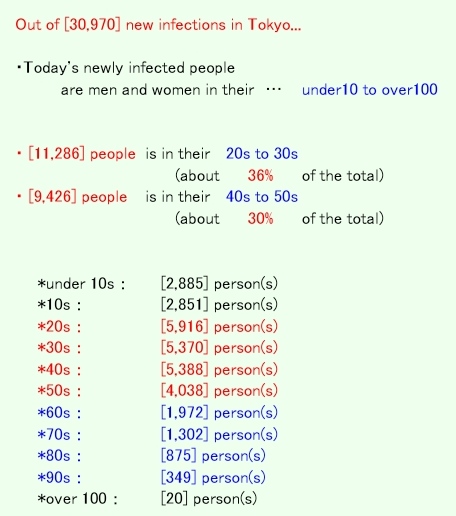 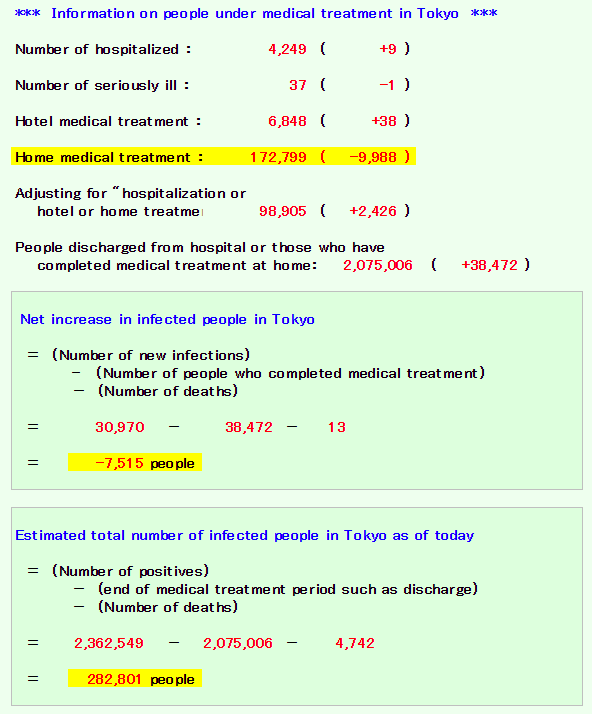 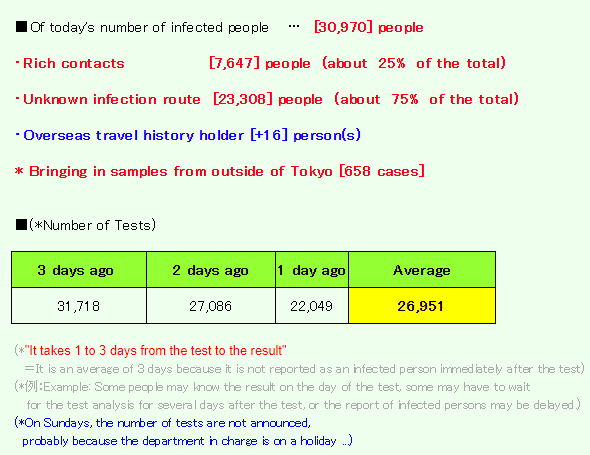 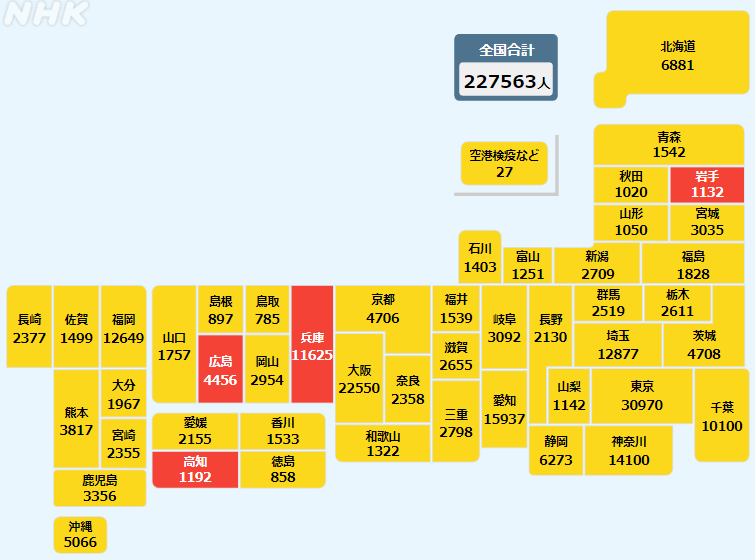 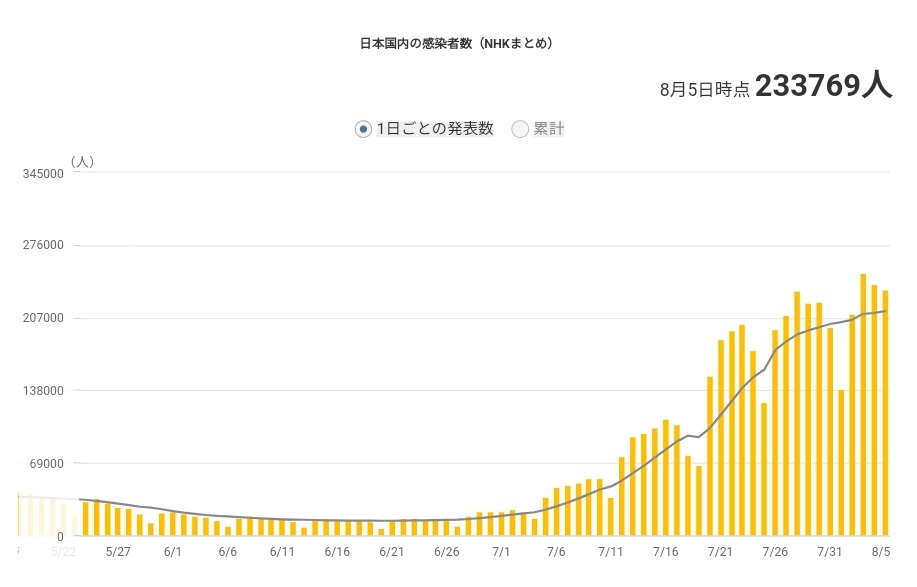 The number of new infections in Tokyo this week ended up being the same as last week throughout the week. 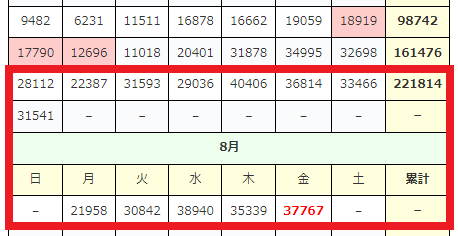 Similarly, throughout Japan, “the number continues to increase, but the number is the same as last week,” and carefree government officials said, “Ah…, the rate of increase may have… slowed down…?” I’m saying 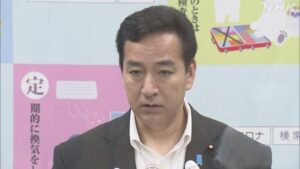 Yamagiwa, Minister in charge of COVID-19 countermeasures
“The number of new positive cases is still increasing, but the speed of increase has slowed considerably.”

But… is the rate of increase really slowing down?

According to the announcement of the Ministry of Health, Labor and Welfare as of this spring, Tokyo’s daily testing capacity is about 300,000. 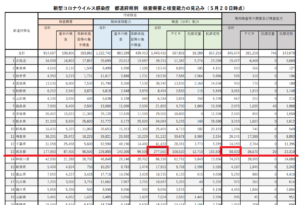 …But obviously, as far as the news reports and what I actually hear at hospitals, reservations for fever outpatient clinics are full.
For example, this article↓

“At a hospital in Toshima Ward, the reservation slot for the day is filled within 15 minutes from the start of reservation.”

“Tokyo’s medical system is in a state of collapse”

“The fever outpatient service doesn’t connect, and even if they do, they’re fully booked. There’s no hospital to see them.”

…No matter how much the “processing capacity of the testing machine” is, there seems to be no spare capacity to actually examine it, so I feel like “Where is the daily testing capacity of 300,000 cases?”

Hospitals and testing centers seem to be in a limit state where they can’t even make reservations, so I wonder if now is the limit of their testing capacity?

Here is the latest number of tests in Tokyo↓ 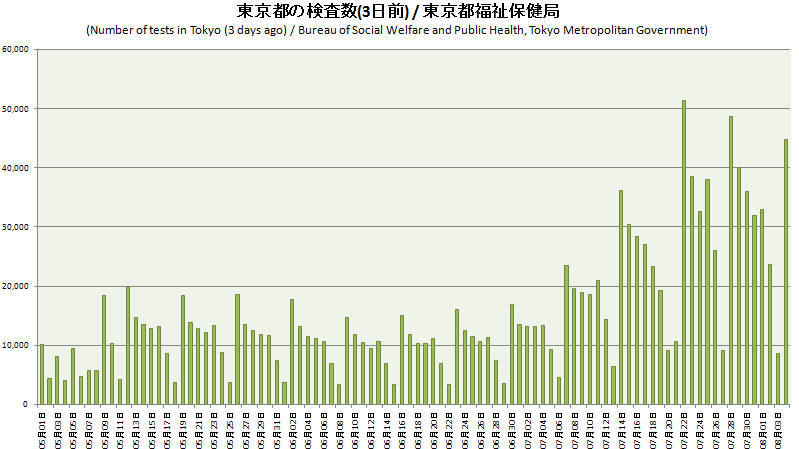 ↑Currently, it seems that the limit is about 40,000 per day.
(*The number of tests is high only on Mondays = It is thought that the number of reports of tests conducted on Sundays is gathering at the beginning of the week.)

The next weekend is finally the Obon holiday, so after that, I think that the number of new infections will decrease “as usual” and “naturally”, but… 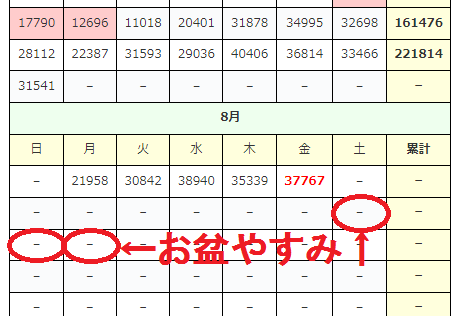 In the end,
it means that the Japanese government has really neglected the 7th wave without taking any countermeasures at all.

The number of deaths is increasing day by day…

(*Death information in Tokyo on August 5) 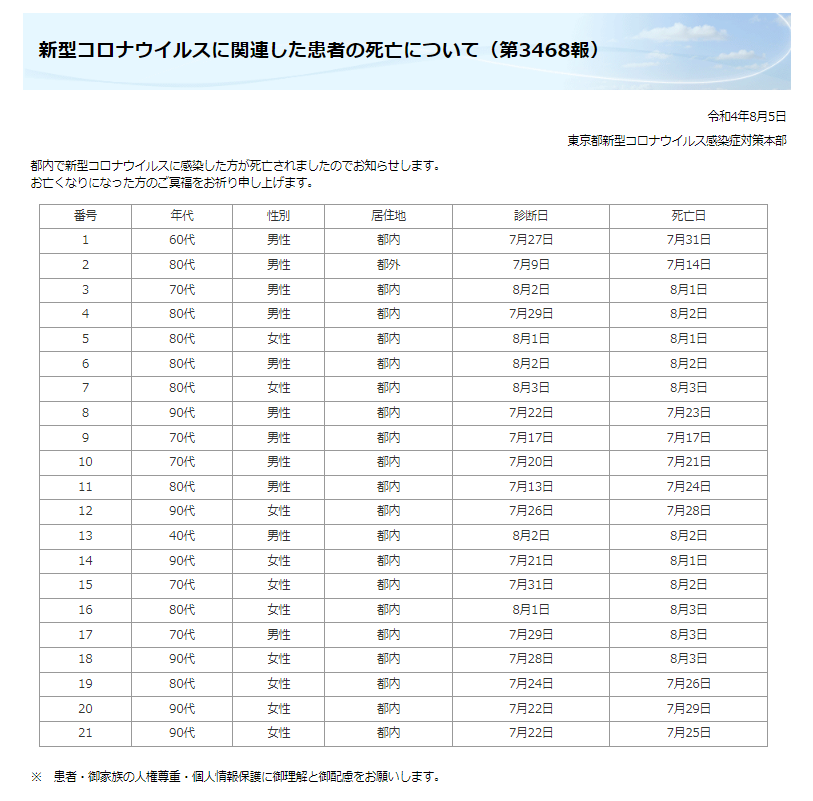 By the way, in Tokyo last Wednesday and Thursday, the number of new infections was strange, but there was an article that could answer that question!

The number decreased on Wednesday, which always increases every week, and the next day, Thursday, was an abnormal number ↓) 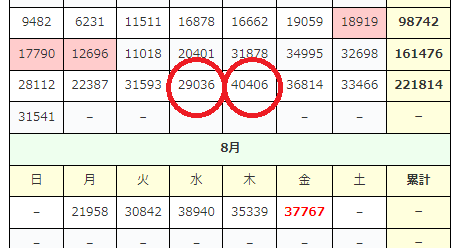 On July 26th (Tuesday), there was a problem with the infected person information management system “HER-SYS”, and it seems that it was affected.
(Those that could not be registered on Tuesday were registered on Wednesday)
(→東京の発表感染者数は前日の数字The number of infected people announced in Tokyo was the previous day’s number, so it was reflected on Wednesday and Thursday)

By the way, in the same article, a person related to the Tokyo Metropolitan Government also said the same thing.
“It wouldn’t be strange if there were 45,000 to 60,000 people, but the number of infected people has decreased due to the lack of test kits.”
“It hits a ceiling at around 35,000 people.”

How many tens of thousands of people are actually infected in Tokyo every day…?