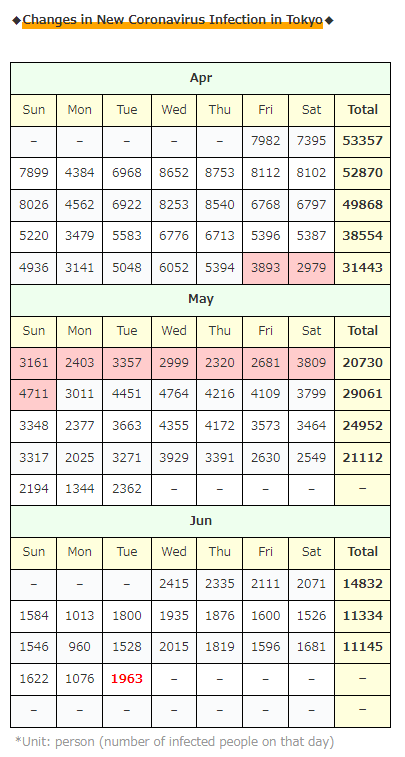 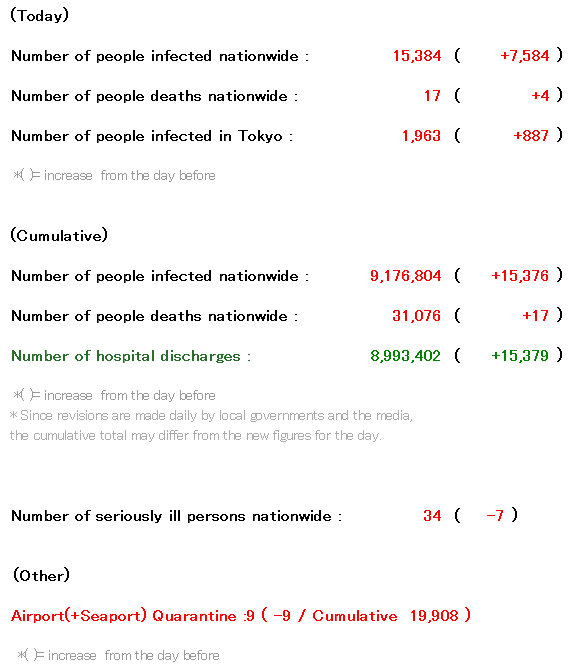 The number of infected people in Tokyo is…oh…
It’s more than two weeks ago, not just a week ago …………… 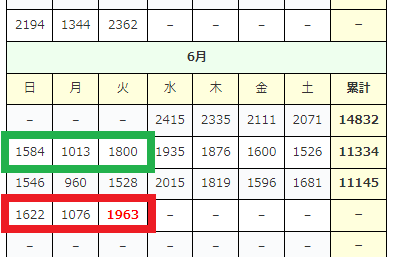 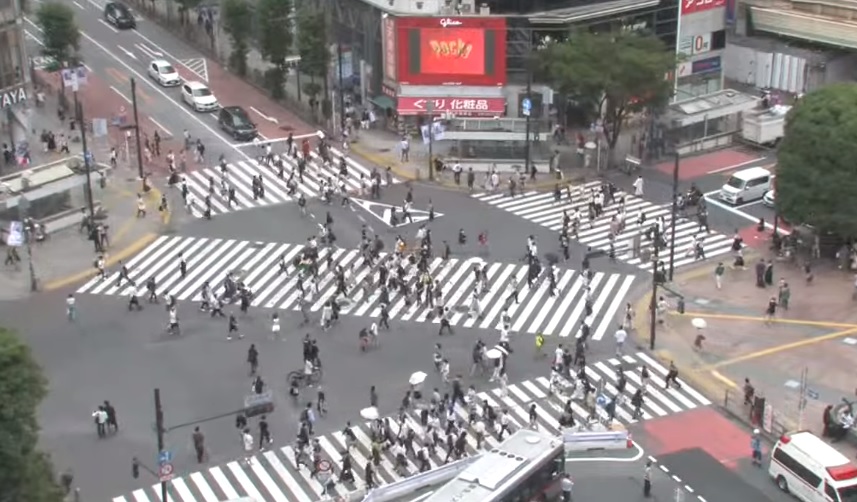 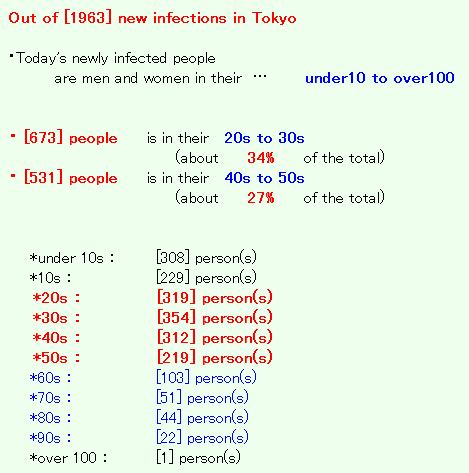 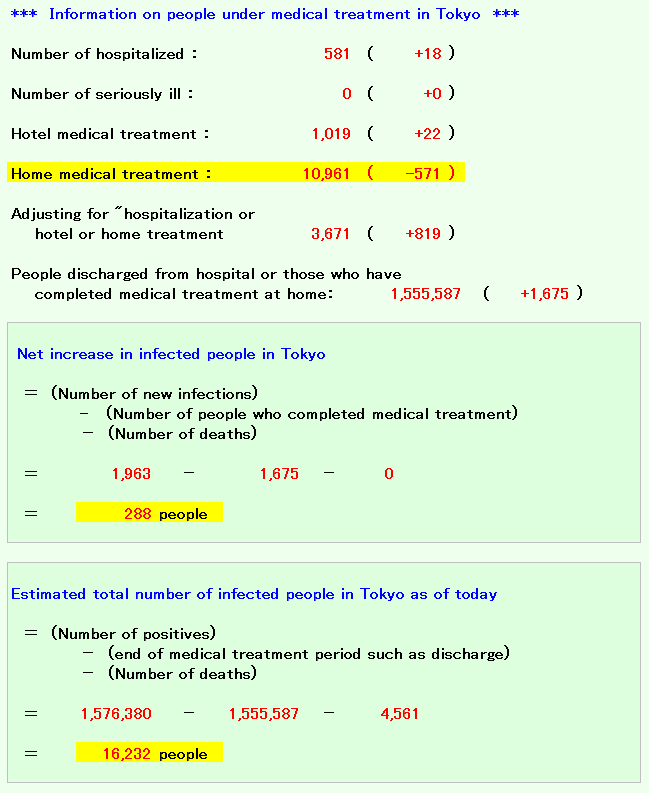 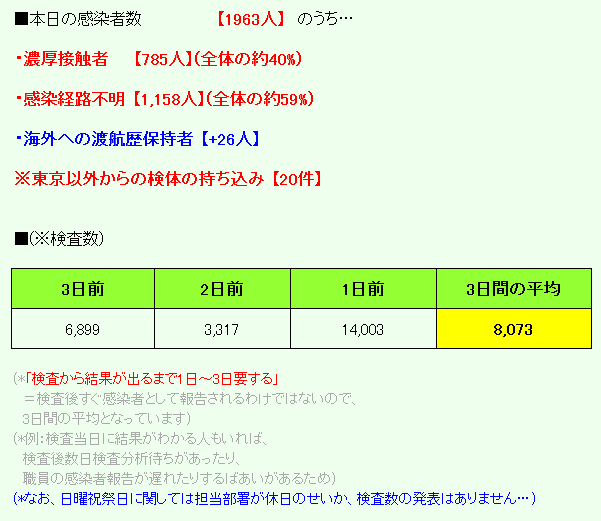 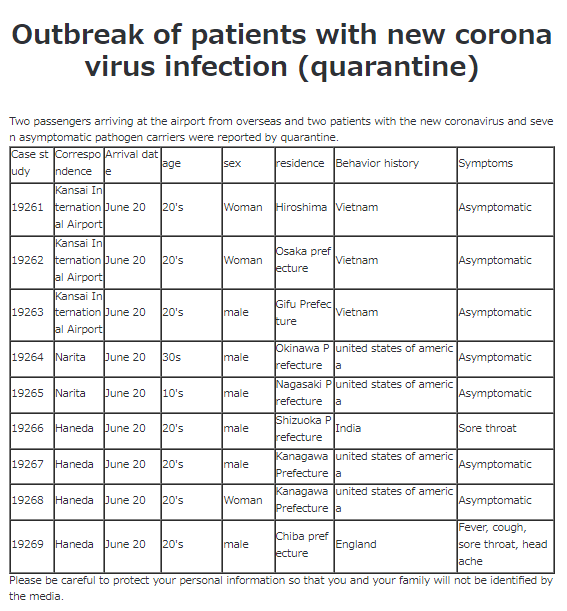 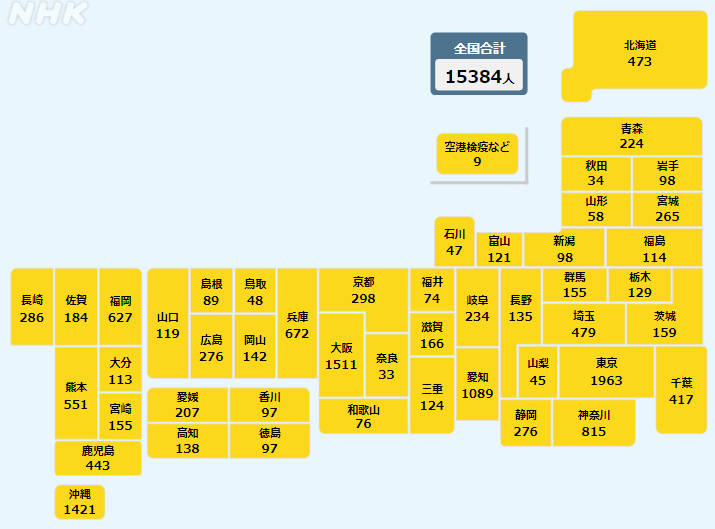 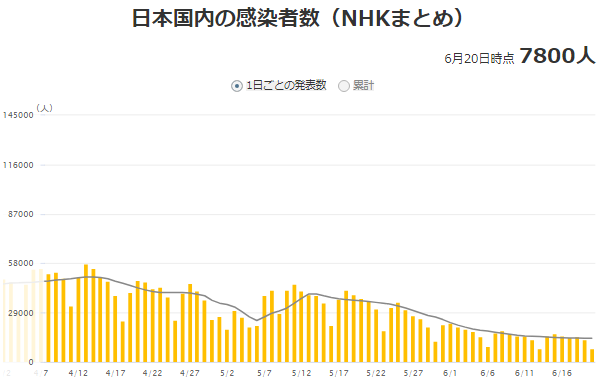 Globally and also in Japan, the feeling of “stopping down” has become stronger, but the recent infection situation seems to be like this … ↓ 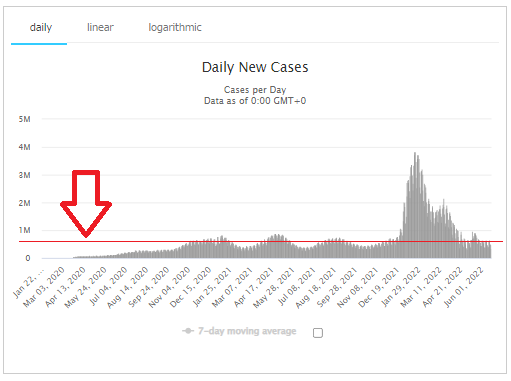 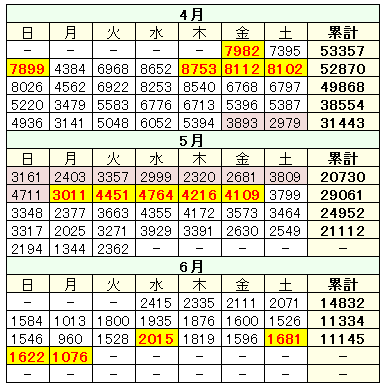 ↑Increased for the first time in a month
(*One month ago, it seems to be influenced by Golden Week, so it may be since April…) 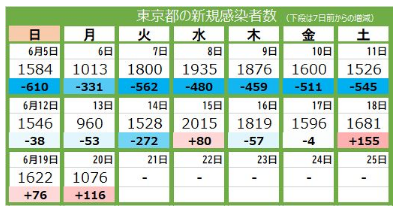 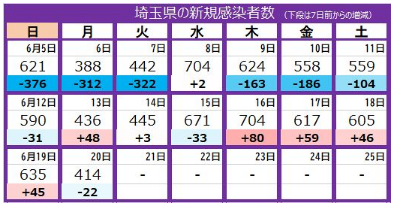 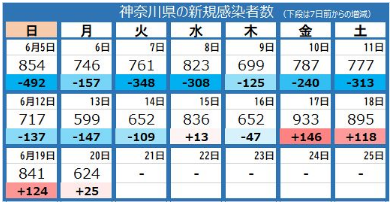 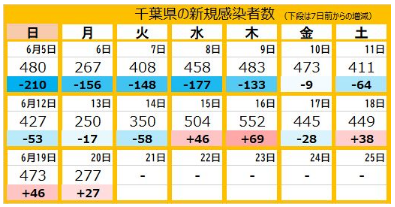 ↑It seems that it has stopped decreasing not only in Tokyo but also in all three prefectures.

Tottori and Shimane, which have the lowest number of infected people in Japan, are also … ↓

By the way, yesterday, the latest version of “Discovery of variant in airport quarantine” was announced by the Ministry of Health, Labor and Welfare!

By the end of May, the number of cases in one announcement was 400 or more, but in the previous announcement it was reduced to about 40.
Recently, it seems that about 4 days’ worth is announced at once, so it is said that the number of reports has decreased from 100 to 10 per day, but…

…what happened this time … ↓ 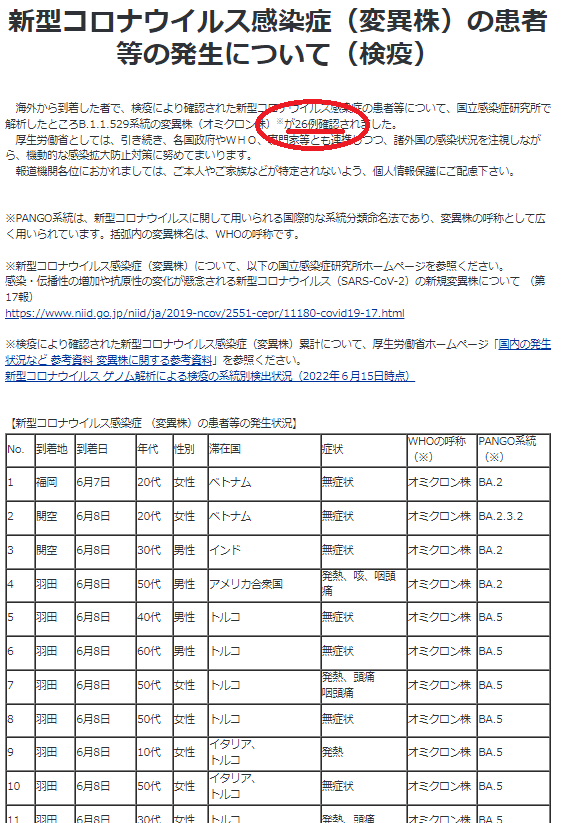 ↑Surprisingly, the number has decreased to only 26…!

Moreover, things that we do not know have been added … ↓

「Virus that cannot be caught by airport quarantine＝That much is flowing into Japan. 」
So, it seems that it is steadily spreading in the body (all over Japan) like cigarette smoke …