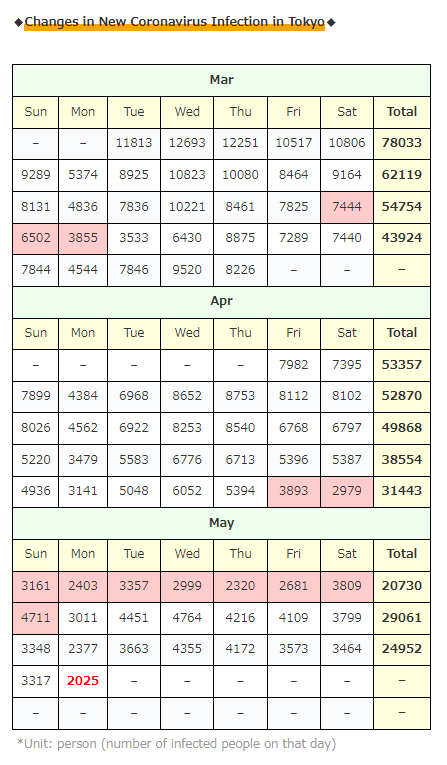 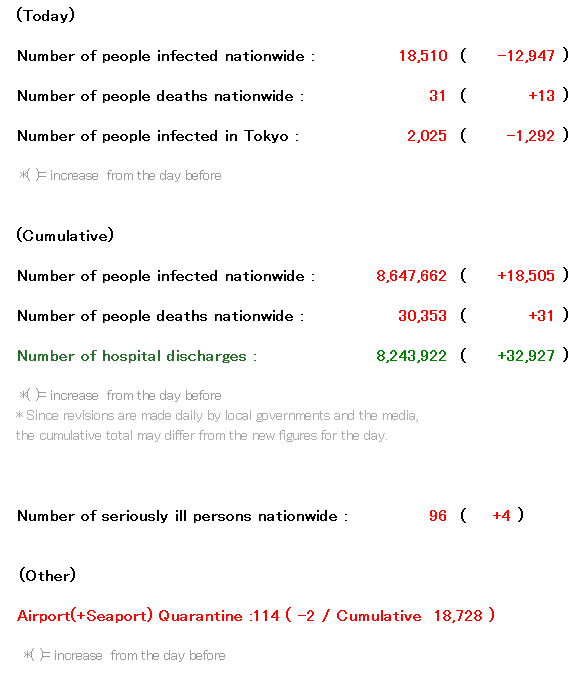 The number of infected people in Tokyo is … decreasing!

If it doesn’t decrease here, it won’t decrease for the rest of our life, so I’d like it to continue to decrease …! 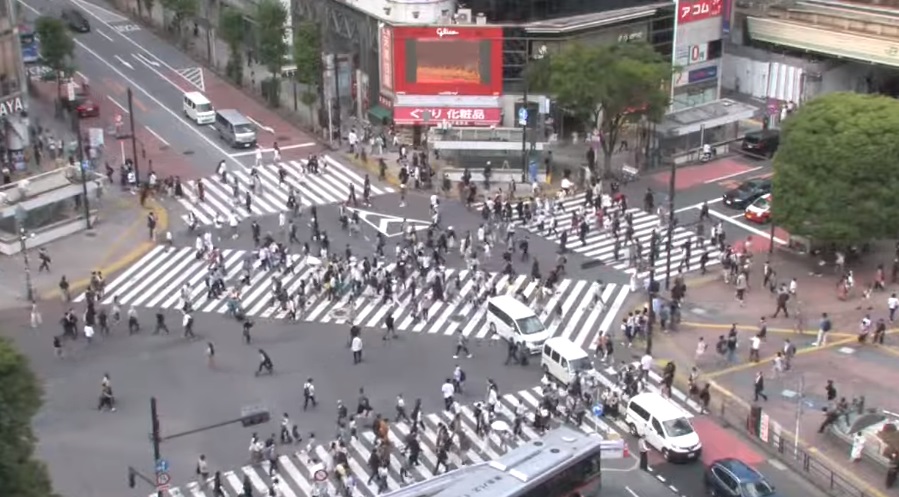 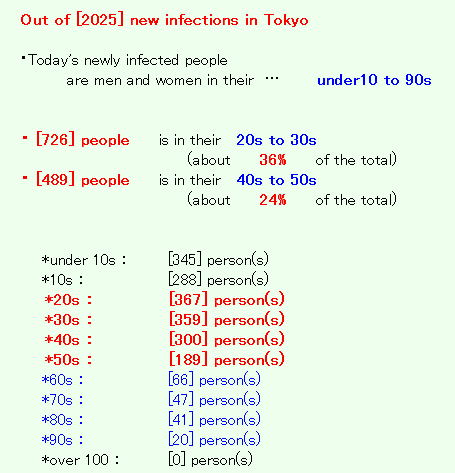 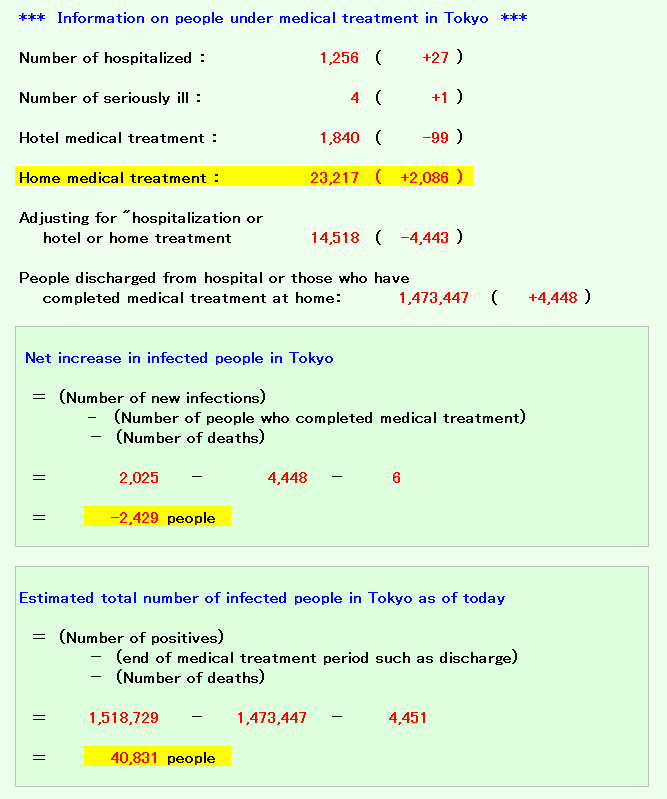 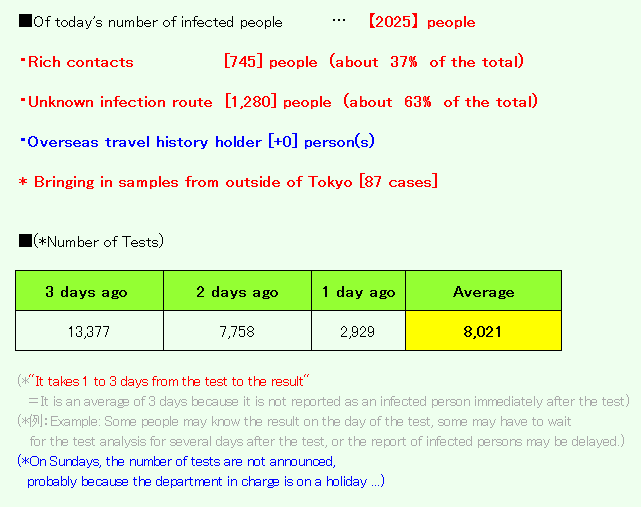 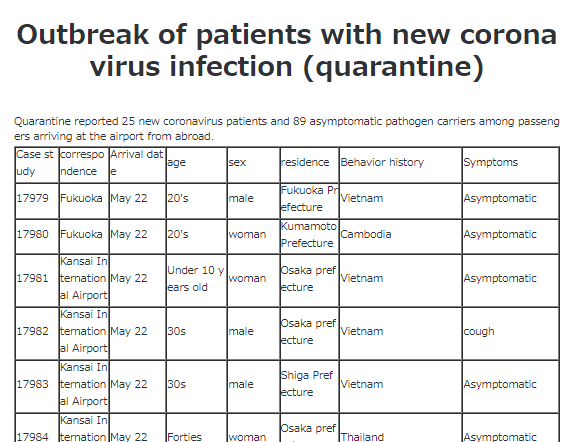 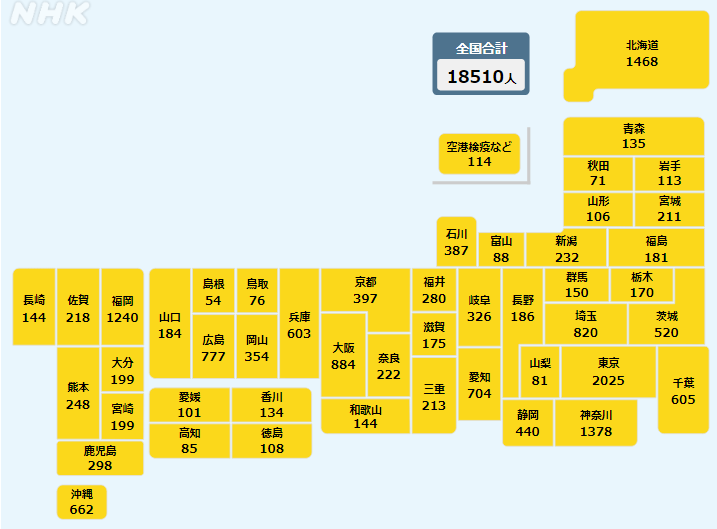 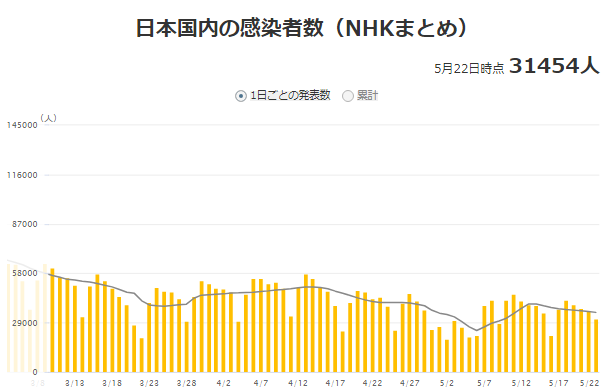 … I don’t think it’s very useful, but I’d like to introduce you to this article!

Regarding the percentage of people who have sequelae, Omicron variant is said to be one tenth less than Alpha variant etc.!

However … Information is below…

Target: 20s-80s infected by February this year
Number of people: 53
Subject: Number of people suffering from sequelae for more than 2 months
Result: Alpha variant, etc. = 10 out of 18 / Omicron variant = 1 out of 18

… As you can see above, the number of people targeted is too small, and the target is limited to “hospitalized people”, so it is unclear what this survey means.
(Recently, the sequelae of people who have recovered from mild illness have increased dramatically)

However, it seems that the total number of people suffering from sequelae has increased significantly because the number of infected people has increased more than 10 times.
Looking at the recent government behavior, we think, “Is it okay for the government to take no more measures just because the ratio has decreased to one tenth?”

This is because the Japanese government’s “all COVID-19 countermeasures have been deleted!” is based on the “effects of vaccines and therapeutic agents”, but on the other hand, such research results have also been announced.

As we often see in this summary article, you already know that there are so many different types of variants found in “discovering variants in airport quarantine.”

According to a presentation by a research group at the University of Tokyo that investigated five variants, five of the eight antibodies investigated this time were ineffective.
For example, “Sotrovimab”, which is also approved in Japan, seems to have about 20 times less effect on “BA.2” than normal type of the viruses …

Of the eight options, only three seem to be effective now … I just hope that the virus doesn’t vary so that the antibody doesn’t work at all …

Apparently, viruses are tens of thousands of times smarter than humans … (despair)

According to the results of a questionnaire about the income of about 4,800 people working in companies, 26.1% answered that their income was lower than before the COVID-19 disaster …! (Questionnaire results in March)

Somehow, when I saw this article personally, I thought … “What’s the point of taking a questionnaire to the people who are working and being protected at a company …” (dry laugh)

I would like the government and the media to redo the questionnaire, including those who work individually and part-time workers …