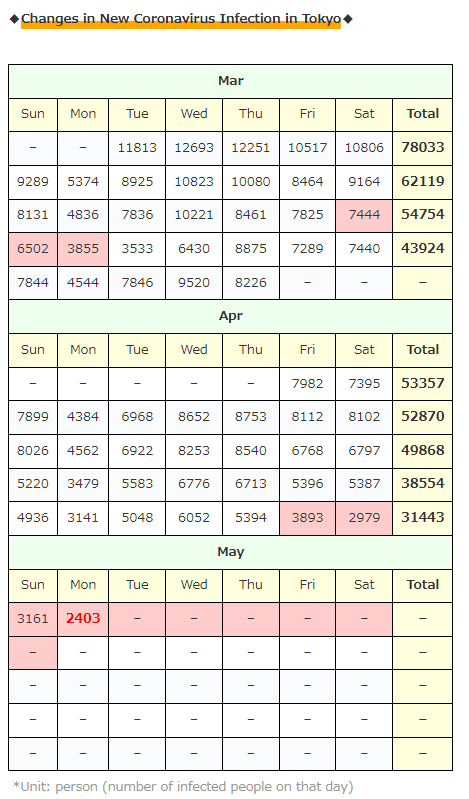 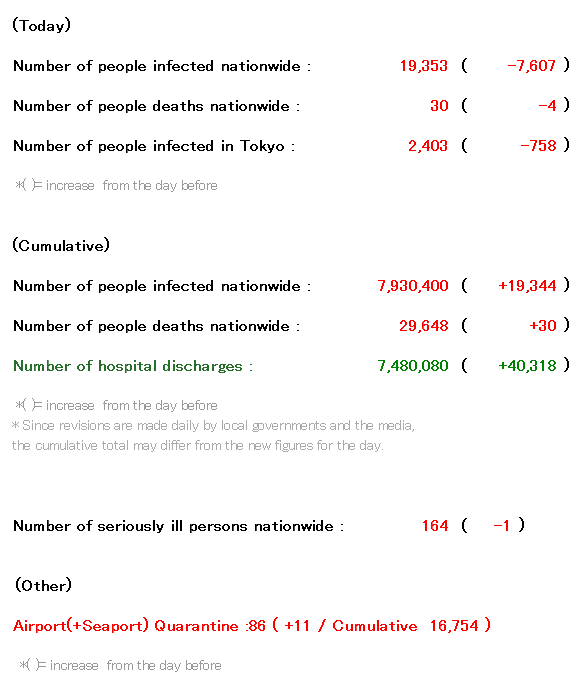 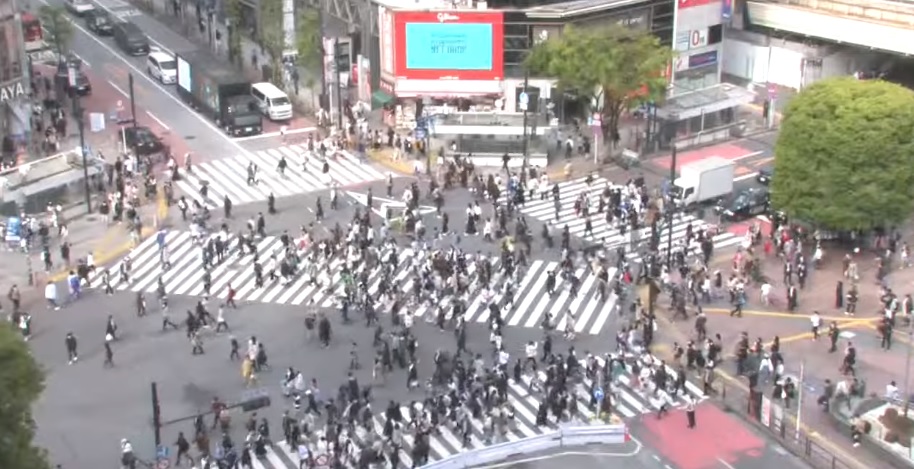 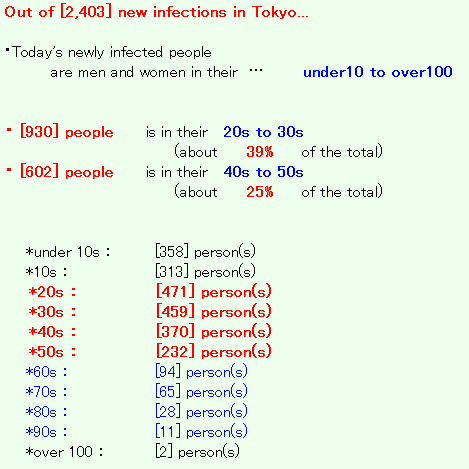 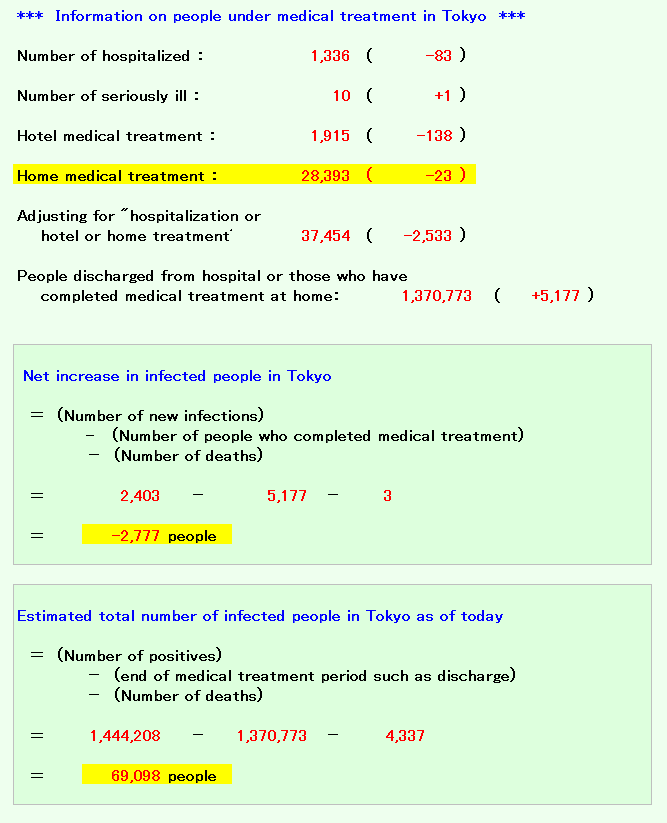 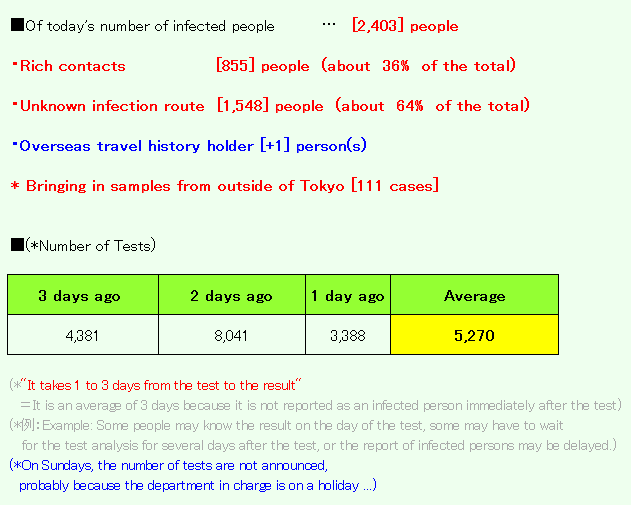 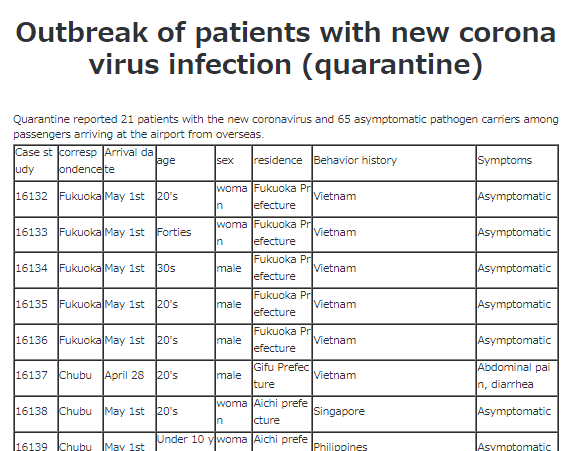 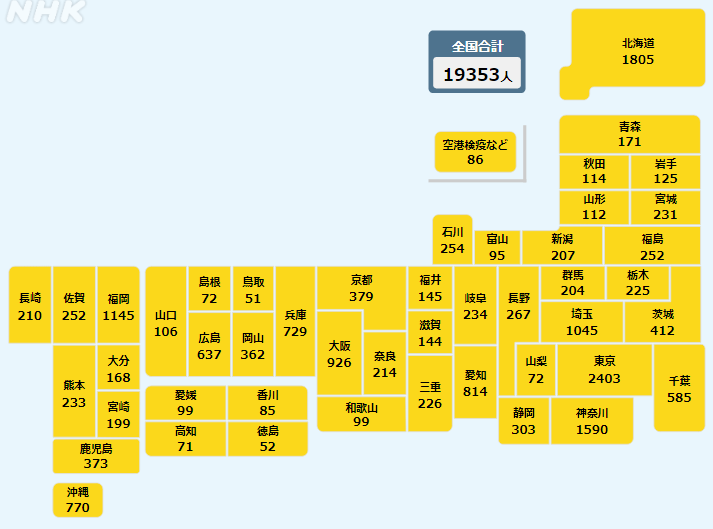 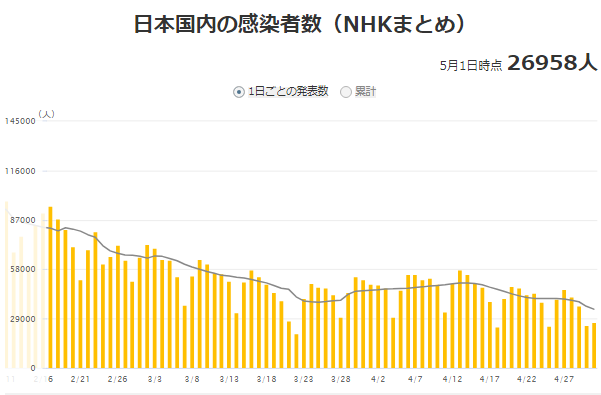 Well, it’s been a few days since the Golden Wake holidays started, but the number of infected people in Tokyo these days is like this … ↓ 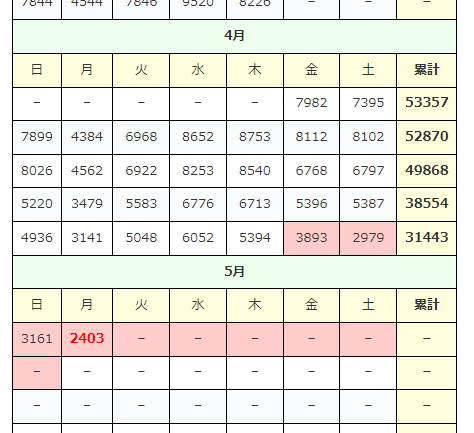 I make the background of consecutive holidays red, but when we look at it like this, the holiday period is unexpectedly long …!
And during the Golden Week holidays, the number of newly infected people on a daily basis has decreased considerably …!
Because … ↓

(Number of daily tests in Tokyo) 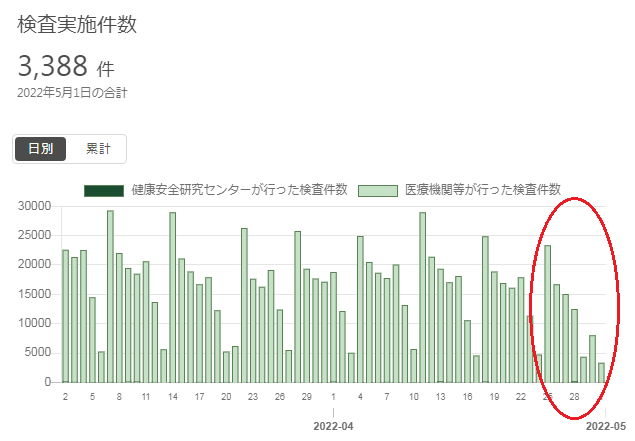 ↑ Because of the consecutive holidays, it seems that Japan hasn’t been tested … (dry laugh) I’m pretty scared of how this effect will appear between the first and second weeks after the holidays …!

… Well, did you think “it’s the same bar graph shape as usual”? But …
look at the “number” of sticks every week …!
“What? The number is small only in recent bundles …!” … (dry laugh)
Even though the day of the week, which is usually well tested by the agency in charge, has been on holidays, they haven’t been tested for the past few days …!

It seems that some people are testing it just in case before going their parent’s home or traveling …!

↑ “There were many people at the free test site in Tokyo before their trip.”

↑ “In Koto-ku, Tokyo, the government has started vaccination in various places using a minibus to get young people vaccinated.”

In any case, I really hope that the number of infected people will not increase dramatically after the holidays!

By the way, in China aiming for “Zero Corona”, it seems that the number of newly infected people is increasing every day not only in Shanghai but also in Beijing, and eating and drinking in restaurants is prohibited during the consecutive holidays from May 1st to 4th…!

It seems that all restaurants in the city are prohibited from eating and drinking in the store, and only delivery is OK …!

Many Japanese media reports that “Zero Corona is doing something stupid, so both the Chinese economy and the Chinese people are screaming.”
But,
Look at the number of infected people in your country,
Can you say that in front of the deceased?
I want to say that.

“Patience” seems to be the most difficult thing for modern people …
(There are rumors that the government can’t take proper measures against infection …!)