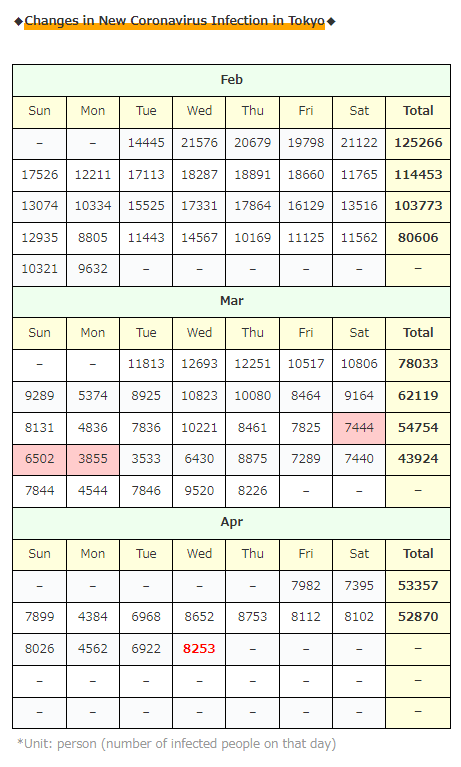 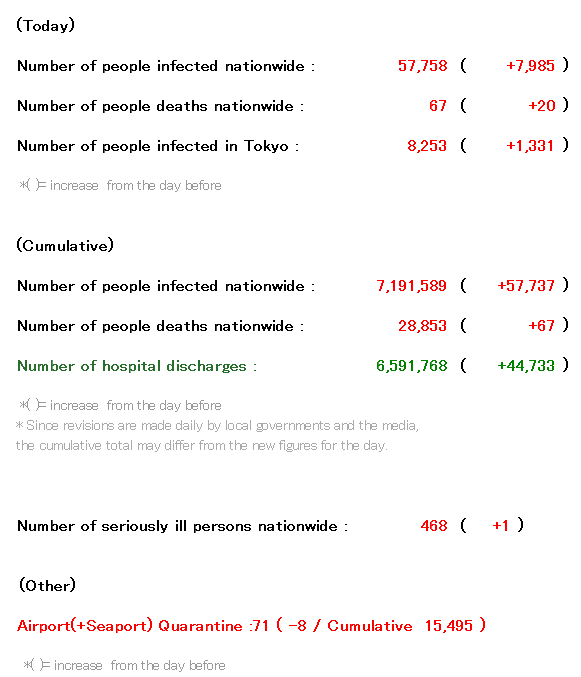 The number of infected people in Tokyo is … well …
It was “decreased from last week” for the last two days in a row, but …

Rather than a decrease … it’s flat… isn’t it? 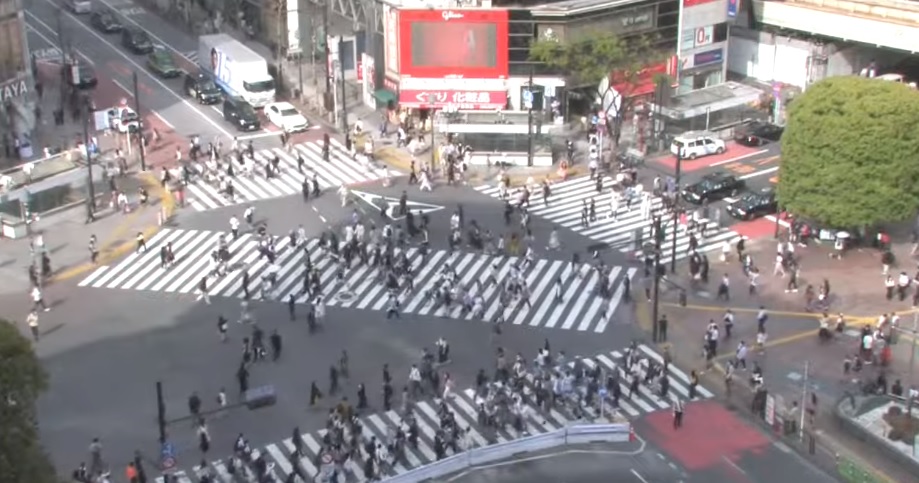 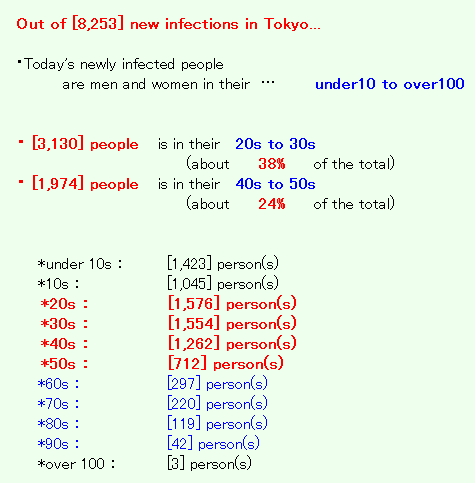 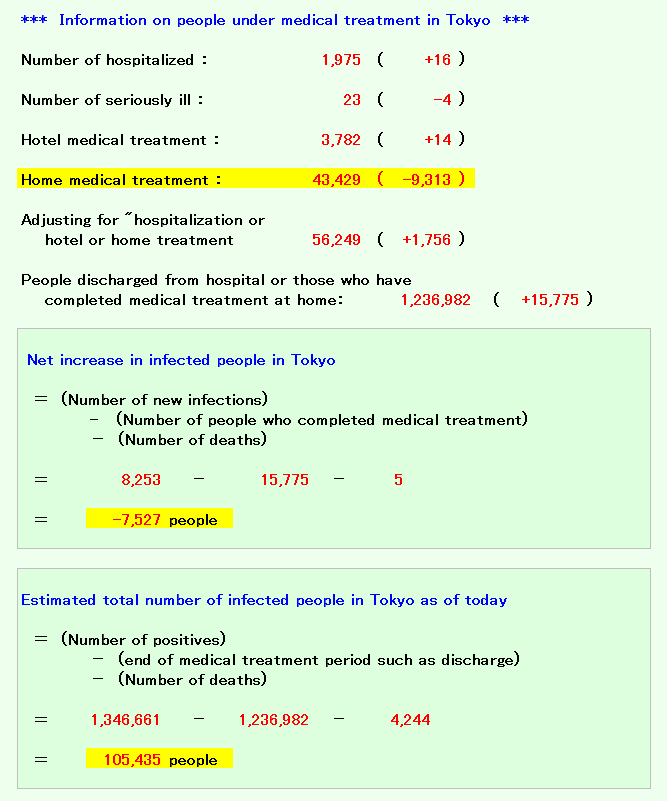 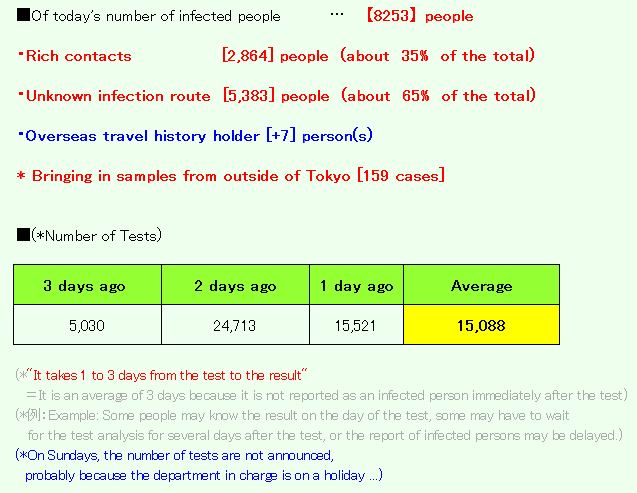 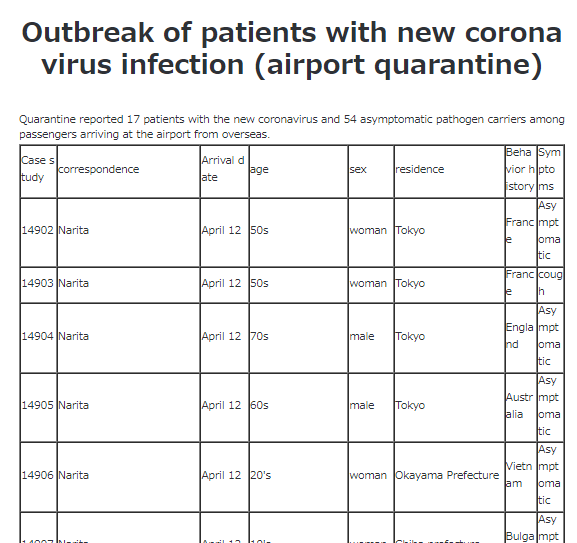 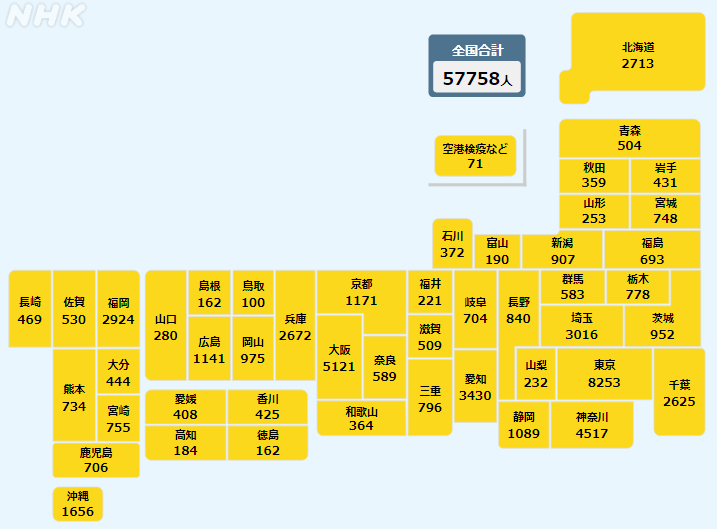 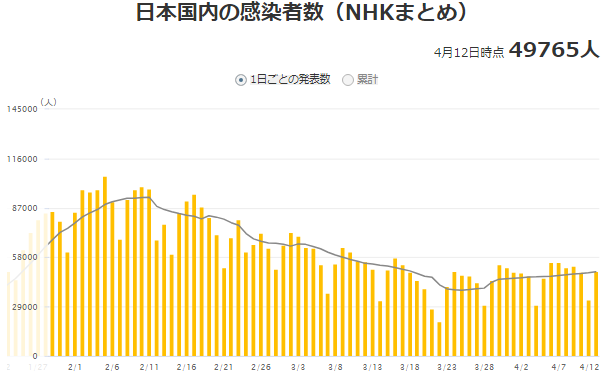 Well, today is a continuation of yesterday! 🙂
I’m sorry I couldn’t put it together in a day!

About “Does the restriction on going out make sense anymore?”, yesterday I summarized “How long does the current virus lose its infectivity?”!

(From the summary article on April 12) 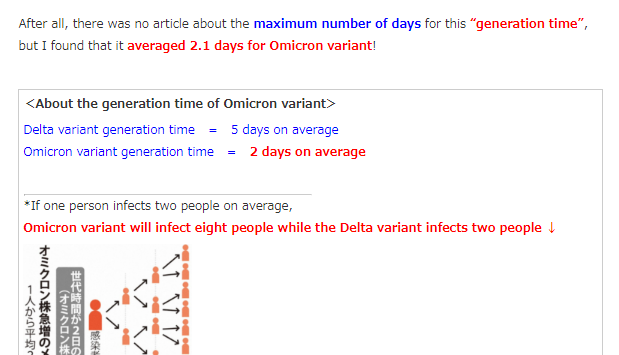 Based on that, today I would like to summarize the main subject, “Why does the spread of infection not stop even though China and Shanghai have strict restrictions on going out?” based on a recent news article!

When it was discovered that the infection was spreading in Shanghai, China, the city was first divided into the eastern part and the western part, and each of them took turns to restrict going out once.

↑Well … When the Shanghai government restricted going out, half of the city was free to act, and it took only 5 days each, so as expected, the spread of the infection couldn’t stop …

By the way, this is an article on the Yomiuri Shimbun online dated April 5 ↓

“Shanghai, which began its lockdown on March 28, has seen a surge in the number of new infections to 12,254 by April 4.”

“The lockdown release scheduled for the 5th has been postponed. The entire city will be blocked.”

“In the manufacturing industry, even if employees stay in the factory and operate, they cannot procure goods or carry out finished products due to paralysis of the transportation network.”

And the article of Diamond Online dated April 8th, which is the third day since the “lockdown of the whole city” started ↓

Even Shanghai citizens say, “The government is overkill. Asymptomatic does not need to be isolated.”

However, on the contrary…,↓

“It seems that a large number of infected people and deaths have occurred at Shanghai Donghai Elderly Care Clinic, the largest facility for the elderly in Shanghai.”

“I saw six hearse parked in front of the hospital.”

“Multiple people are witnessing the bodies of more than a dozen people.”

“The blockade of the district due to the community-acquired infection of Omicron variant began on March 11th.”

In addition, there were the following contents.
“The smartphone app is a system that only displays negatives.”
“The site is confused because each institution operates at its own discretion.”

And in the article on April 10th, I finally found an article with the content that seems to be “Oh, this is the reason why the spread of infection does not stop at all …” …!

It’s an article written by a journalist … but I’m assuming that it has a certain degree of credibility because it’s on “Yahoo! News”.

“Shanghai police are monitoring citizens with helicopters and drones.”

“They found more than 250 violations of walking outdoors or gathering and chatting in restricted areas.”

“A man in Shisen-Sho was detained for five days because he was asked to wait at home after visiting several places on March 31, but ignored it and visited his friend without permission.“

“A man used video software to print a fake negative certificate and sold it to 252 people.”

From the perspective of us Japanese, in “China, where the power of the government is strong,” the Chinese people have “strict restrictions on going out,” so they should never be able to go out, and I thought that isolation should be perfect. However, in reality, it seems that there are many people who have not been able to comply with that…

It’s a funny story like “I thought it was perfectly sealed in a vacuum container, but the container was actually a mesh specification.”

By the way, even “a strong Chinese government aiming for zero corona” has turned out to be halfway like this.

After all, it seems that whether or not “Zero Corona” can be achieved depends largely on the degree of citizenship of the country.

I thought Japan had a high degree of people, but it wasn’t far from China … (dry laugh) 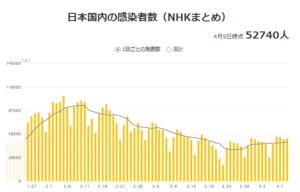 As a result of summarizing over two days, I came to the funny conclusion that “in the end, people’s degree!” (lol), but in Taiwan, where that “people’s degree” seems to be much higher than in Japan … 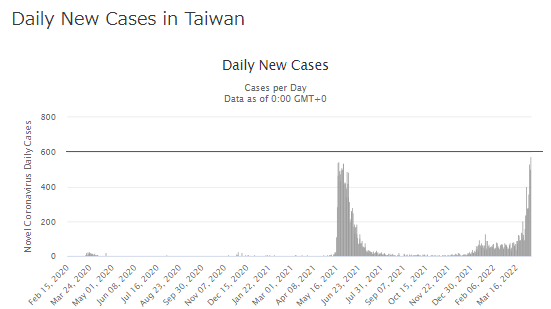 As far as the shape of the graph is concerned, it seems that the spread of infection cannot be prevented even in Taiwan … but in fact … ↓ 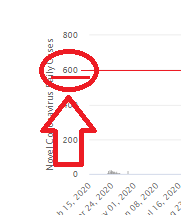 Astonishing fact that there are still less than 600 people like this …!