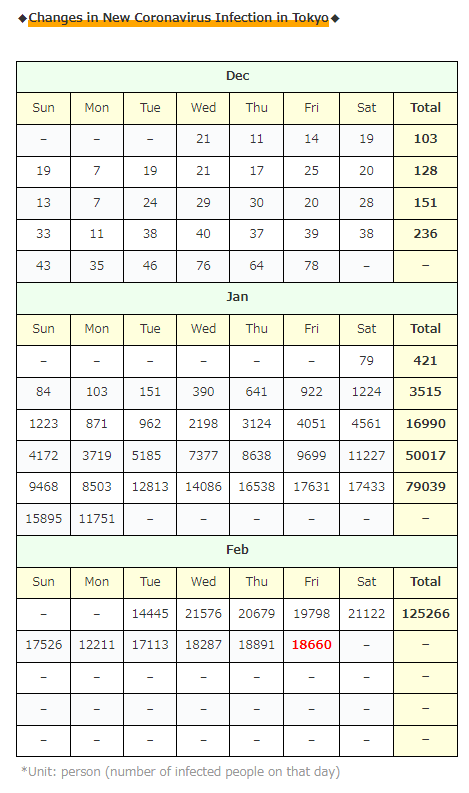 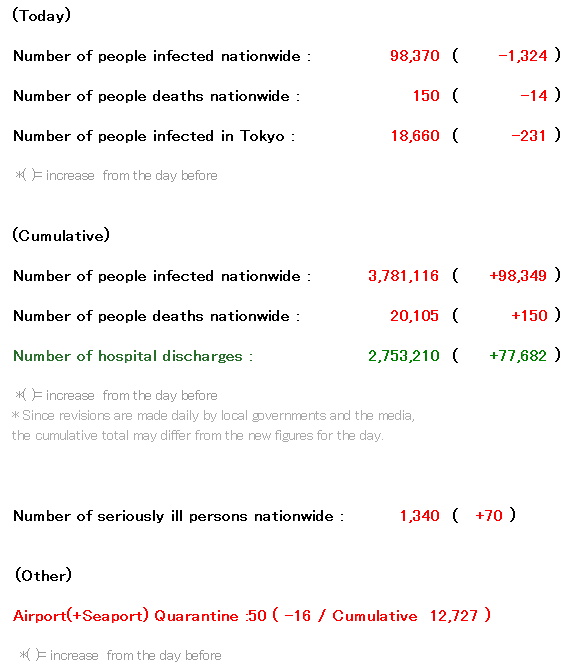 The number of infected people in Tokyo … I think it has finally reached a plateau (Entering a downtrend), but for some reason it is stable at the 18,000 level …

Why 18,000 people?
I’m not sure if it’s the relationship between the number of tests and the positive rate … 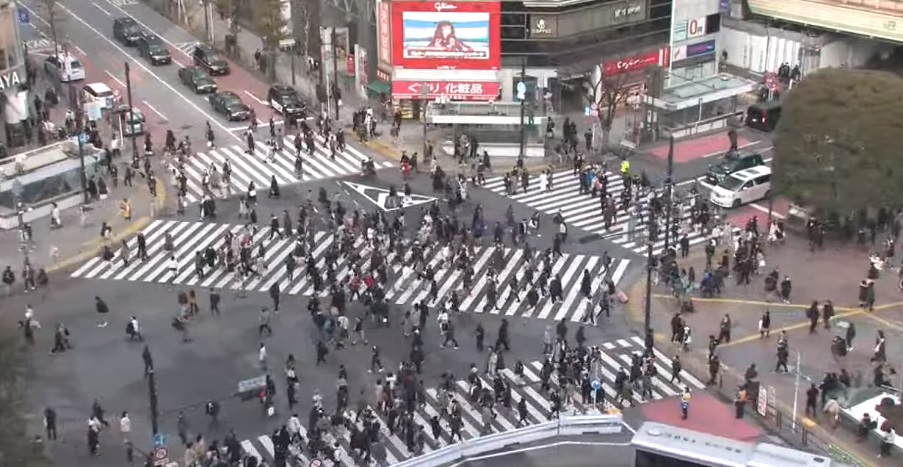 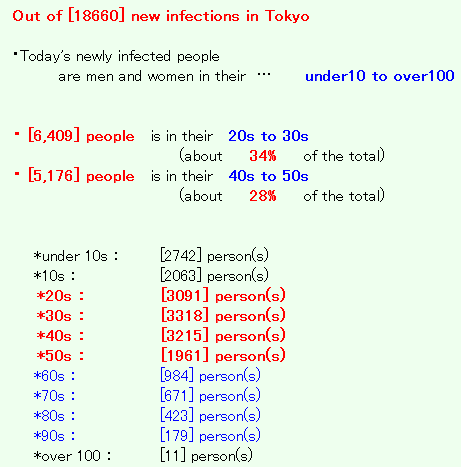 ・ There are [814] patients who are close contacts and have symptoms and are diagnosed with infection without PCRtest at the doctor’s discretion. 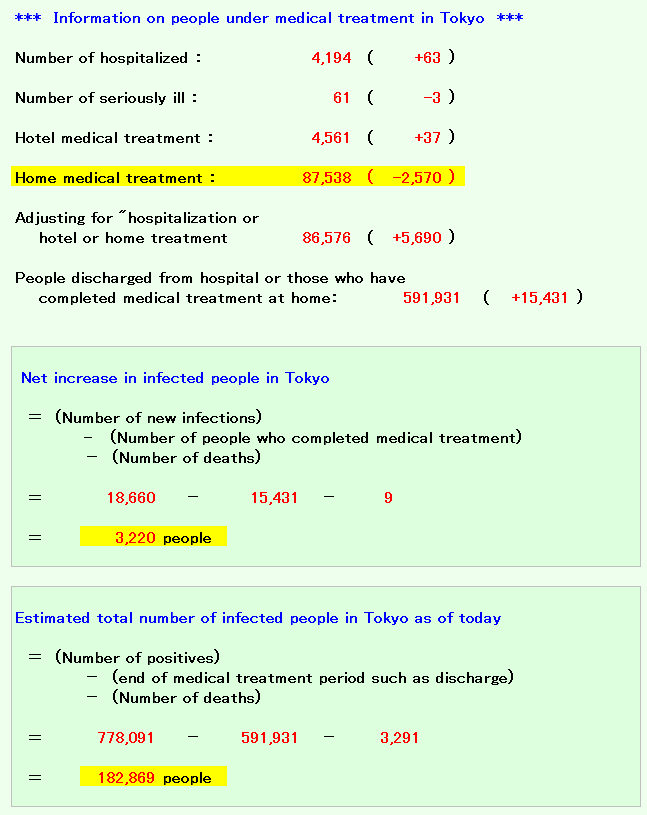 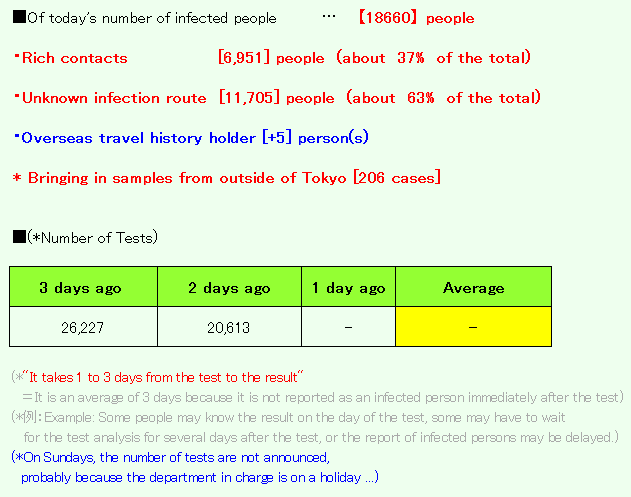 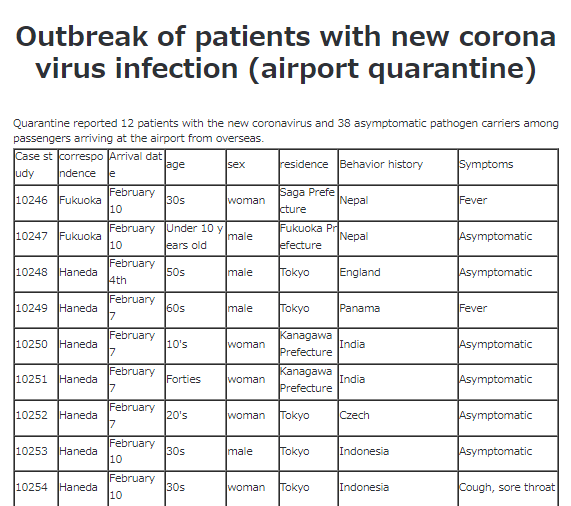 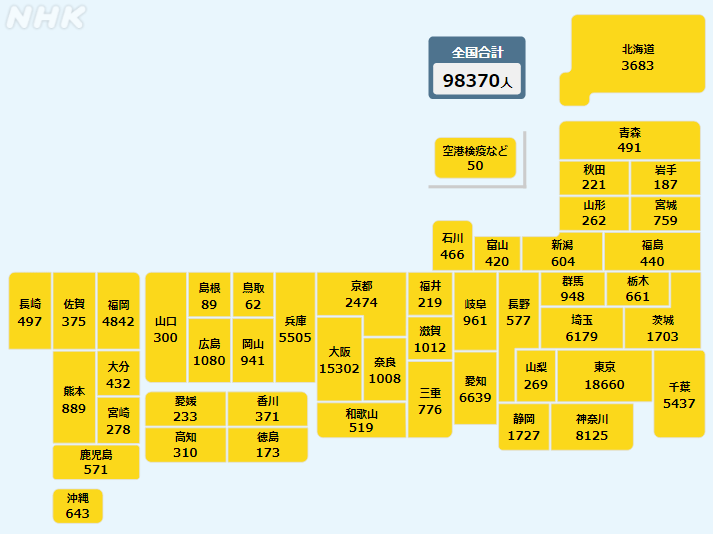 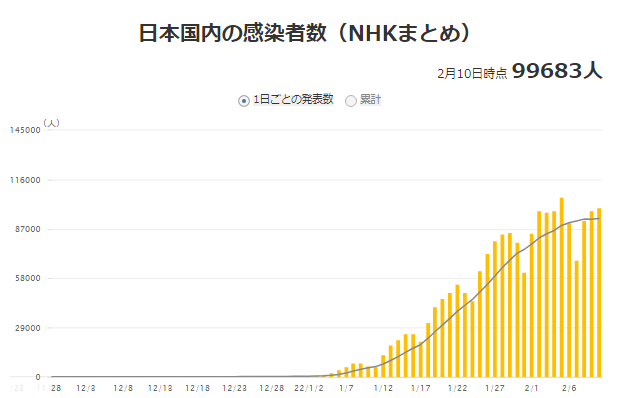 The ↑ information on priority measures such as prevention of spread has been extended and changed in this way …!

・ Kochi prefecture has also been added. As a result, it totaled 36 prefectures.
・ 13 areas that were due on February 13 will be extended to March 6
・ The cancellation standard is “if you can be sure that medical care will not be tight from anyone’s eyes”
・ The remaining 21 areas such as Osaka (orange in the figure below) will be judged next week. 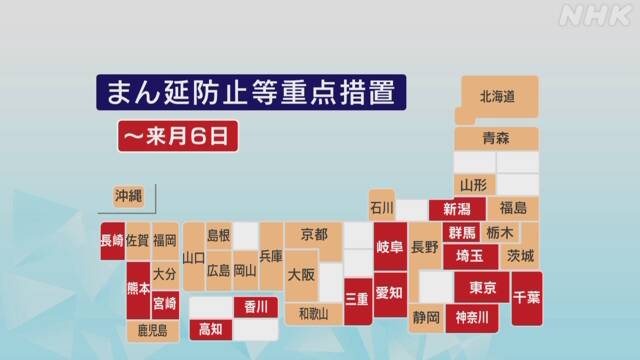 By the way, it seems that Prime Minister Kishida said at the press conference of the extension announcement …

Prime Minister Kishida
“The measures have clearly slowed the spread of the infection.”

…No, no, no…,
in the usual pattern, it should be calmed already during this off-season …
“The pace is slowing down”? it’s still increasing …!

By the way, about that↑ “thanks to the measures” …

(Changes in the number of newly infected people) 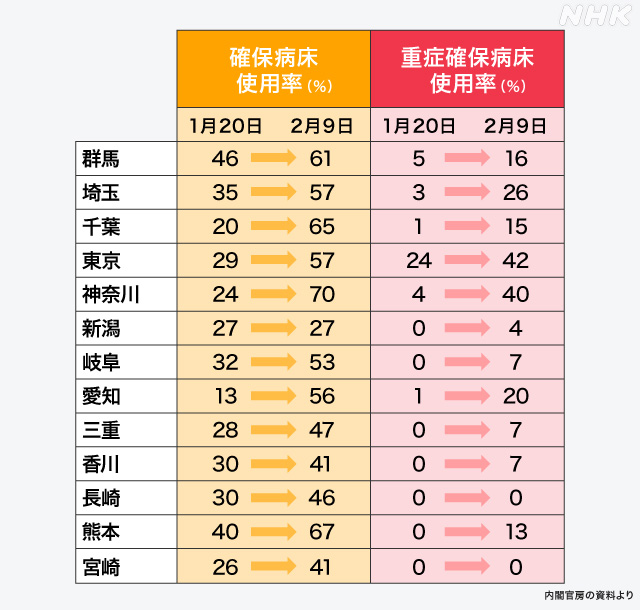 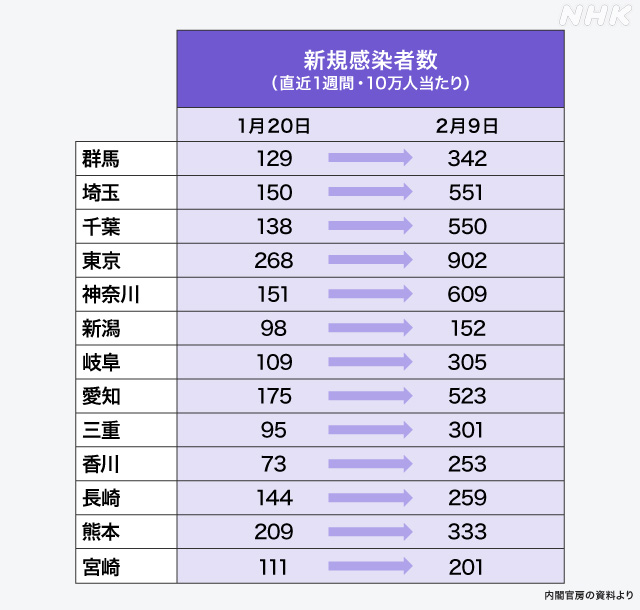 ↑It doesn’t work at all!
It’s rather getting worse!?

After all, what I learned this time is as follows.

Priority measures such as spread prevention are known to be ineffective, but are still extended
= No other measures have been announced
= Just wait for the infection to settle down naturally

It seems that the more variants of Omicron variants that have recently appeared are even more infectious than ordinary Omicron variants, but I wonder if the domestic infection situation will be okay in the future …?

By the way, of course there is good news! lol

It seems that the oral drug for the new coronavirus developed by Pfizer, which is famous for its vaccine development, has finally been officially approved in Japan! !!

I’ve introduced it many times before in this summary article …

(From the summary article on January 29) 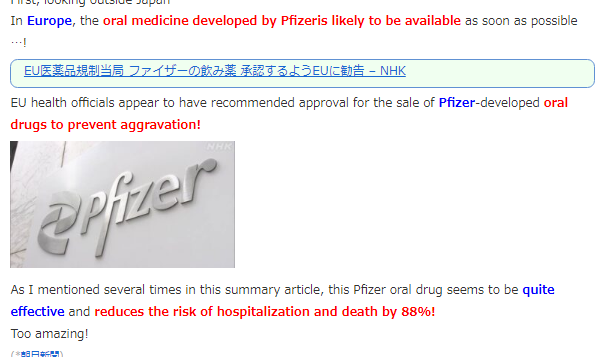 It will be delivered to the medical field on the 14th!