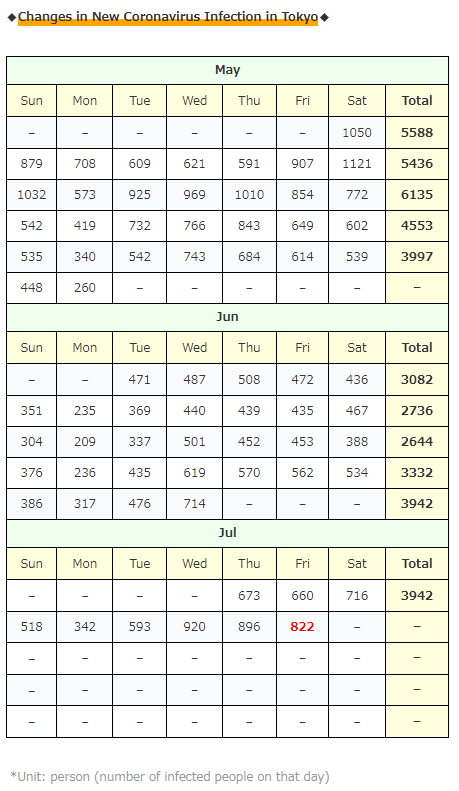 The number of newly infected people in Tokyo continues to be quite high, with more than 800 people every day …

We only have one more day left this week, tomorrow Saturday, but I hope it don’t exceed 1000 people at least this week …! 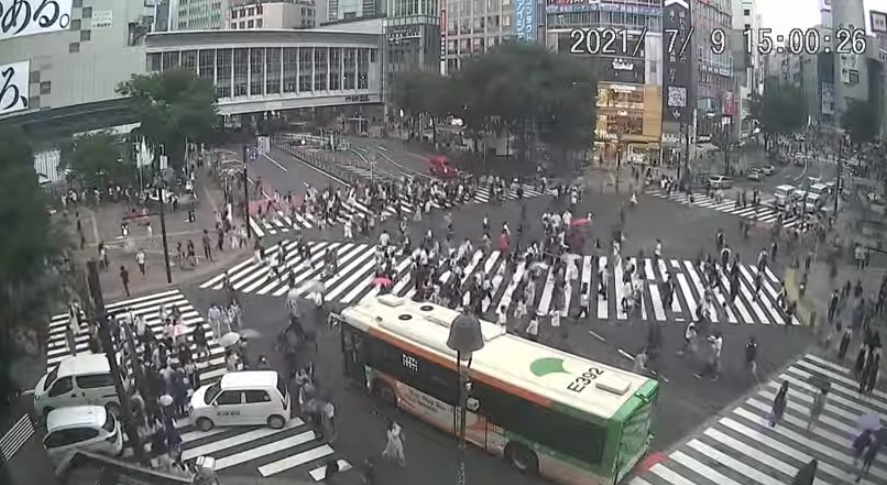 ・Today (also?) it seems that infections in play are conspicuous. 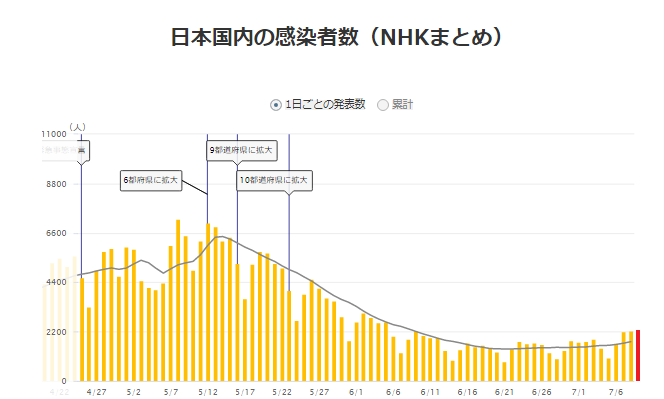 The more I read the news about COVID-19 infection yesterday and today, the more frustrating it gets (dry laugh), but …Well, how and what should I introduce … lol

There are various terrible situations in Japan, but let’s first look at the situation overseas.

In the UK, the number of new infections per day seems to have exceeded 30,000 since the year-end and New Year holidays … 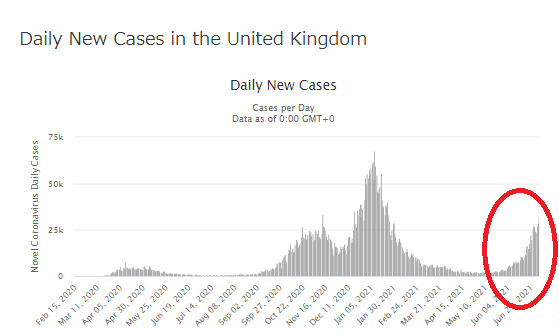 (Although I introduced it the other day)

However, the UK has an overwhelmingly low death toll thanks to vaccines, which means that most of the COVID-19 regulations will be lifted next weekend. ↓ 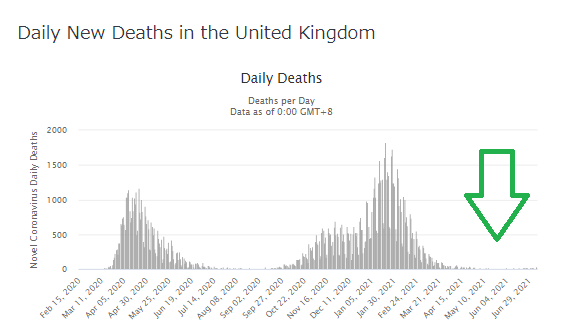 By the way, I have introduced it several times in this “Summary Article” so far, but today I also examined the age-specific rate of the current spread of infection in the United Kingdom! ↓ 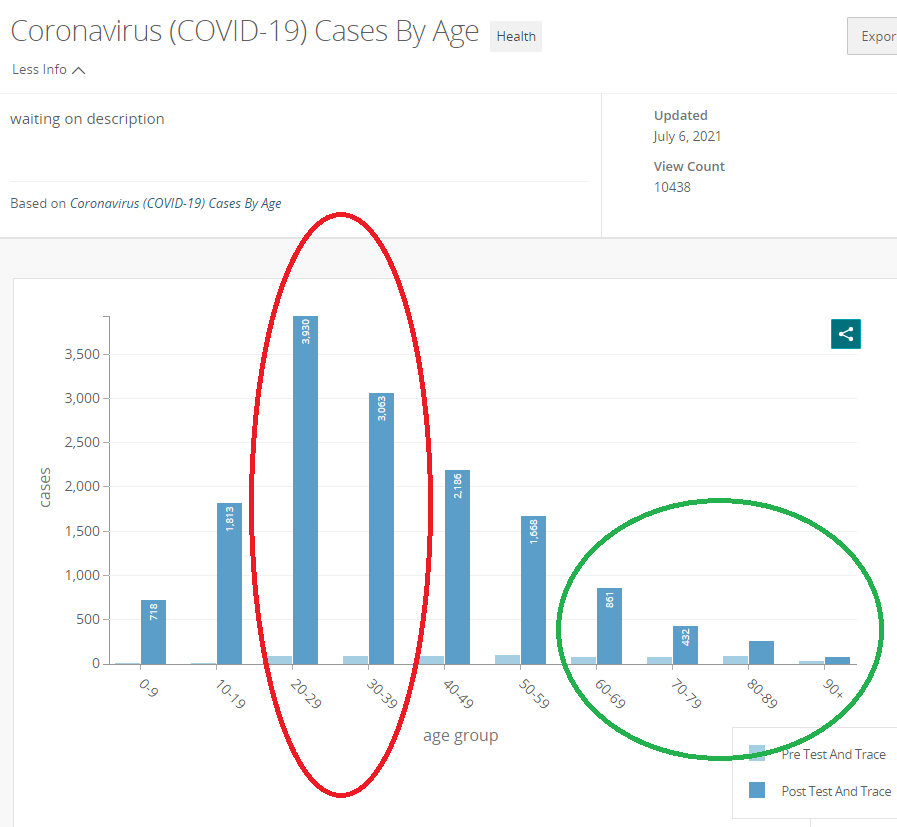 I’ve also seen the situation in some other parts of the UK, but everywhere seems to be almost all infections of young people like this …

Yesterday, it was decided that a fourth state of emergency would be issued in Tokyo …

As in the article above, the government seems to be planning to “buy some time” just by “declaring an emergency as before” without adding any new measures …!

Furthermore, Prime Minister Suga even said, “Once the vaccine is effective and the medical care provision system improves, we will decide to cancel the declaration ahead of schedule.”

In other words, he can only see what he wants to say …

“It’s a declaration to buy some time until then.”

“Because the people are noisy, I will declare an emergency.”

As mentioned above, the point is that “Buying time until the vaccination rate rises” seems to be completely correct.

…… otherwise, if he really feels a sense of crisis, he’ll come up with new measures …

↑Prime Minister Suga
“We don’t really need a state of emergency to Tokyo yet, but to prevent a pandemic.”
(*He thinks the infection situation hasn’t deteriorated yet)
“That’s why the Olympics are of course done.”
“At least for non-audience”

↑Tokyo
“We will not request a leave of absence from a large commercial facility this time.”

↑ The infection situation is getting worse because the number of people who comply with the “request” is decreasing with the passage of time, despite this, the government continued to just make requests … alcoholic beverages is OK … I stopped requesting leave … ,
it may be the worst measure they have ever taken.

By the way, Mr. Nishimura, the minister in charge of economic revitalization, said, “We will also introduce a mechanism to prepaid the cooperation fee for the leave request,” but we can only think as follows, right?

You don’t have to pay in advance, so pay exactly on time (angry)

Also, the amount of cooperation money should be commensurate with each restaurants (angry)

A sign that the izakaya in Shibuya proudly put up ↓ 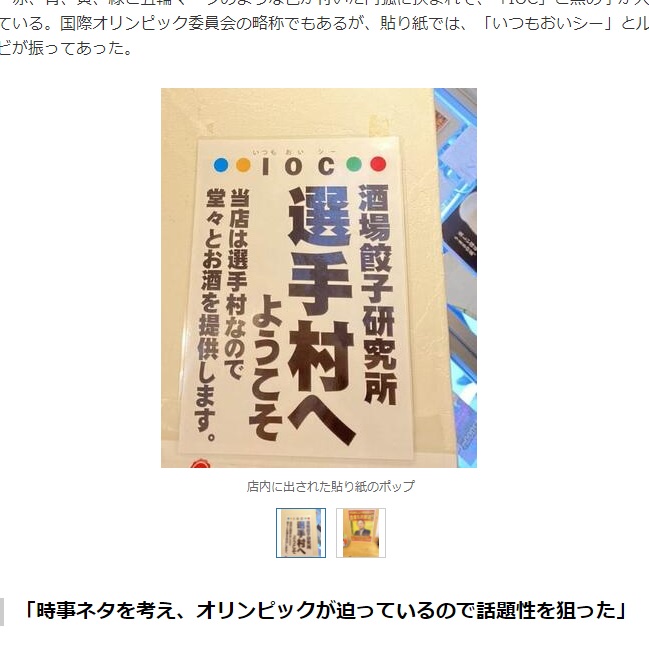 ↑ “Since our izakaya is the Olympic Village, we will serve sake proudly.”

It seems that a spokeswoman for this company was proud to say, “I was sarcastic about the current affairs,” but it’s not interesting at all, and considering that the behavior of these fools doesn’t make the infection any better …

Did you understand from the text that I was frustrated after all? (dry laugh)

I have to be careful .

Occupational vaccination of “the chosen companies” seems to be progressing at a pace of 90,000 times a day!

By the way … Tokyo where the state of emergency is applied …

What will happen from now on …