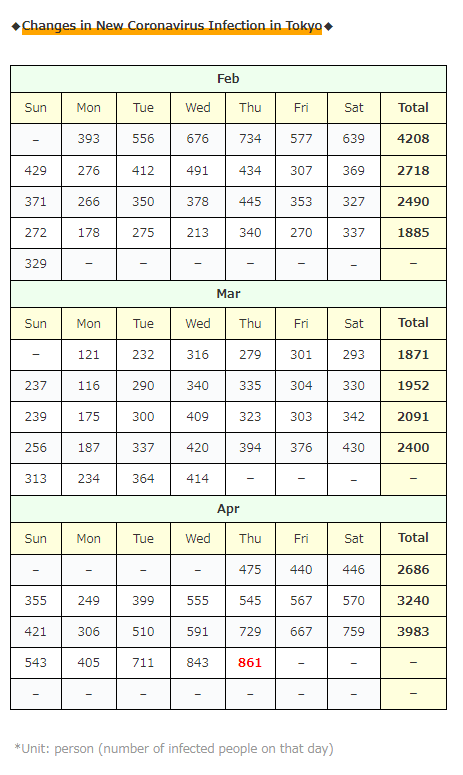 The number of newly infected people in Tokyo was in the 800s for the second consecutive day. 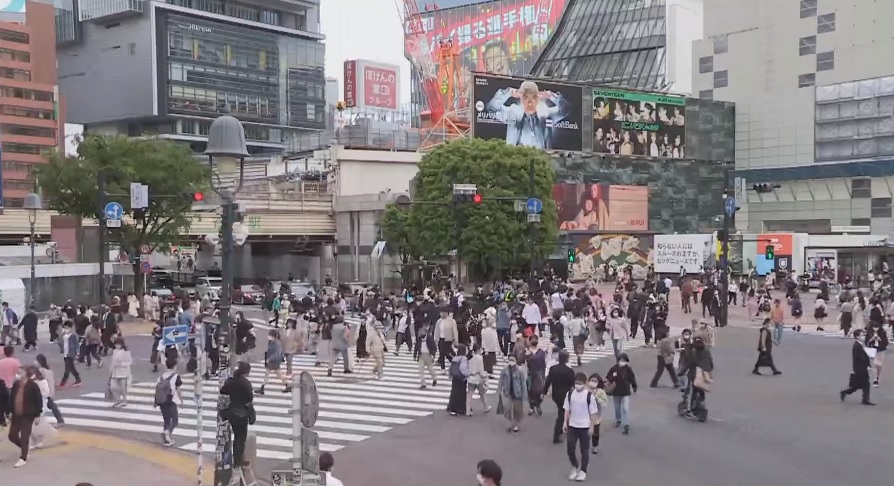 *More than Tokyo for 24 consecutive days 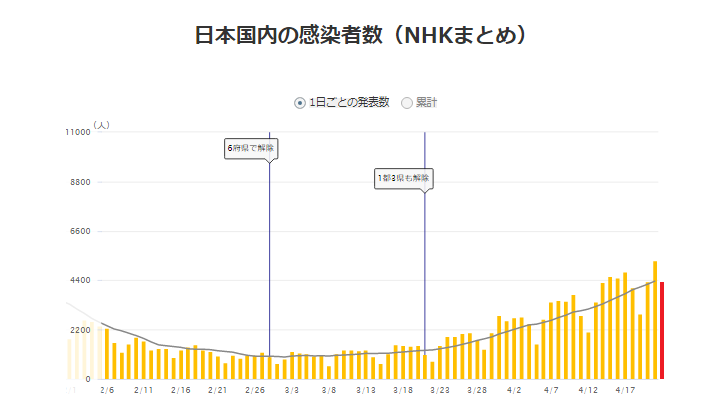 Not only in the “Kansai region such as Osaka” and “Tokyo”, but the infection situation in Japan as a whole is getting worse day by day.

For example, the number of infected people in each prefecture yesterday was like this ↓

None of the prefectures had 0 infected people!

By the way, the prefectures in blue letters have a single-digit number of infected people, but yesterday there were only 5 places …!

Although it is such a domestic infection situation, there are new movements in some areas! 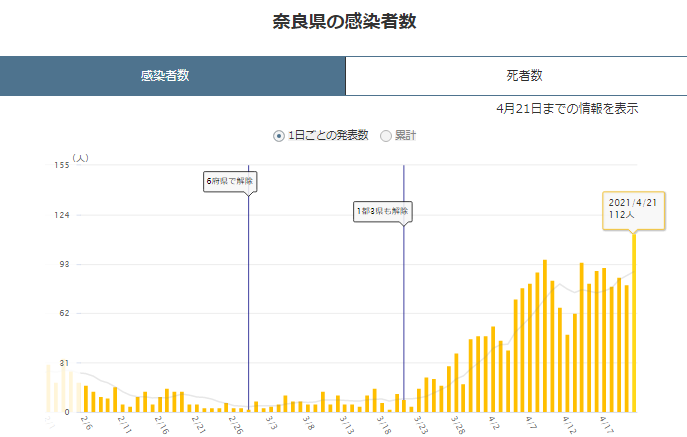 Prime Minister Suga said,
“I want to decide the announcement of the state of emergency within this week”, but

I don’t know either of the above, but it seems to be the case unless strong measures are taken as soon as possible…

And more than that, if the government intends to “wait for the number of infected people to decrease and then lift the state of emergency”, there is no doubt that the infection will spread after the declaration is lifted. It seems that the taeget (goal) is the most important to end the infection to a level where it will never re-expand.

According to some reports,

the state of emergency is scheduled for only two weeks from April 26th (Monday next week) to May 9th (Saturday and Sunday at the end of Golden Week Holidays).

I’m not sure what the government is thinking, it’s a strange period setting …

For the time being … Realistic story, it seems that there will be no events such as the year-end and New Year holidays, business year, and long holidays from the end of Golden Week to around July, so it seems that the number of people in the city will be better than it is now …but…

Hmm … Is there any talented person (about infection prevention measures) somewhere ~~~~~~? (cry)

The government seems to be motivated at the Tokyo Olympics … 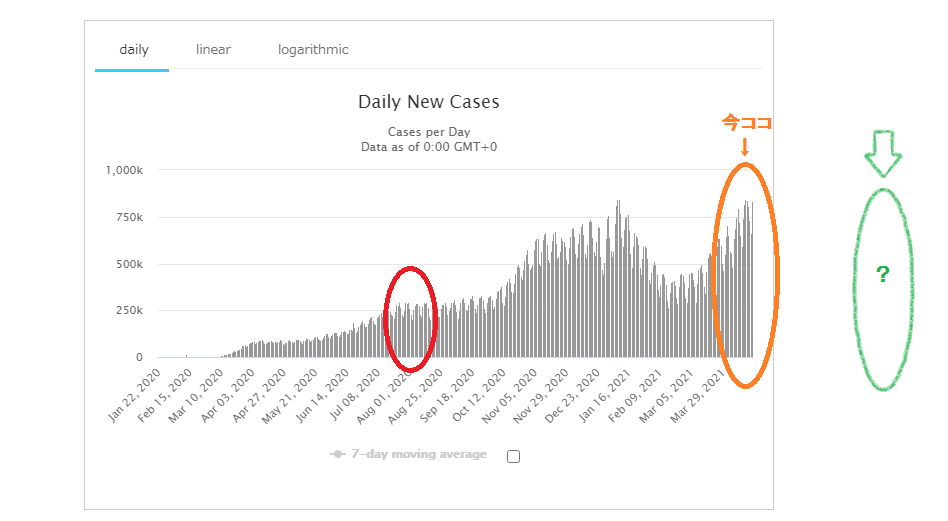 How much has the number of infected people actually increased or decreased by the time this year’s Olympics are held (green circle)?

I’m not a “person who wants the Olympics to be canceled”, but if it’s going to be held, I want COVID-19 to come to an end by then so that the world can welcome the Olympics with a smile!

So … Would you like to be a little more serious about infection prevention? !!