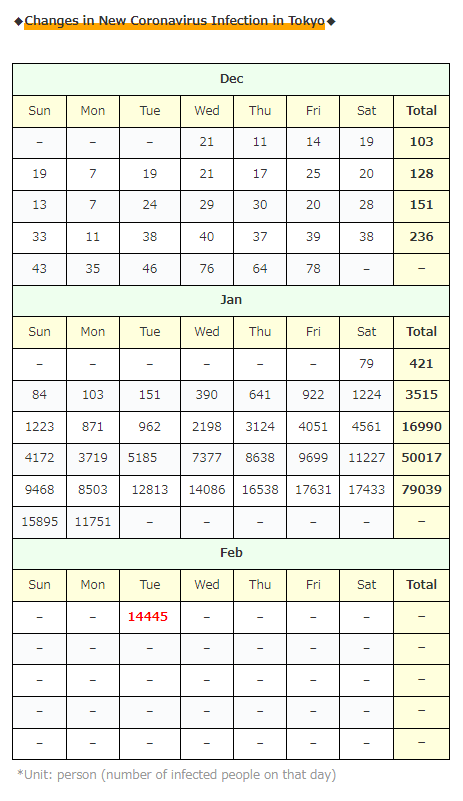 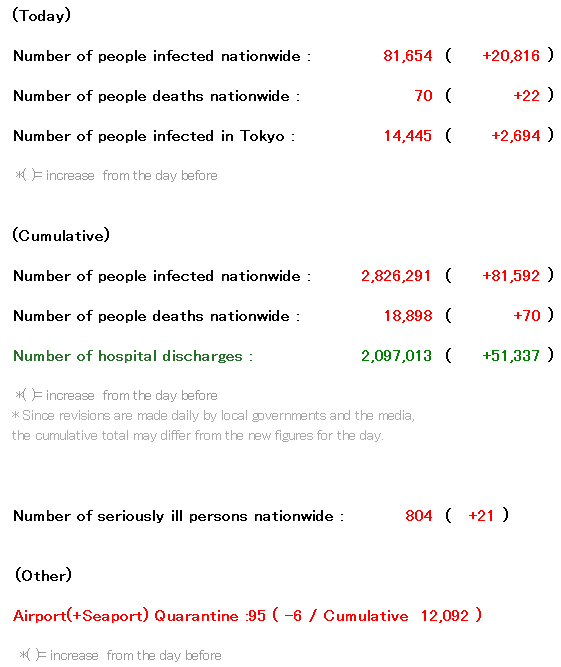 The number of infected people in Tokyo is …
The day before yesterday, yesterday, today
Every day there are more than the previous week …

Even though it’s already February, the huge increase isn’t likely to stop … 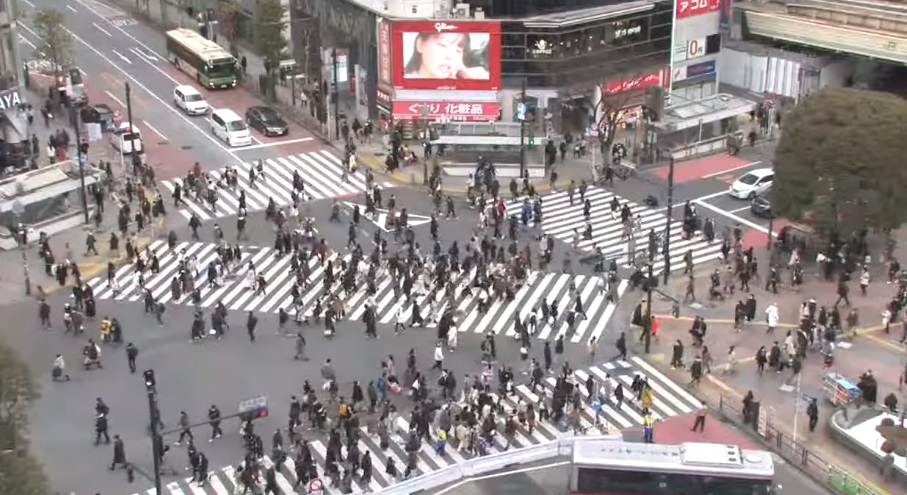 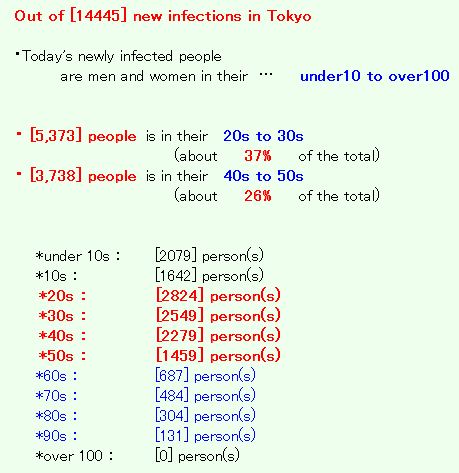 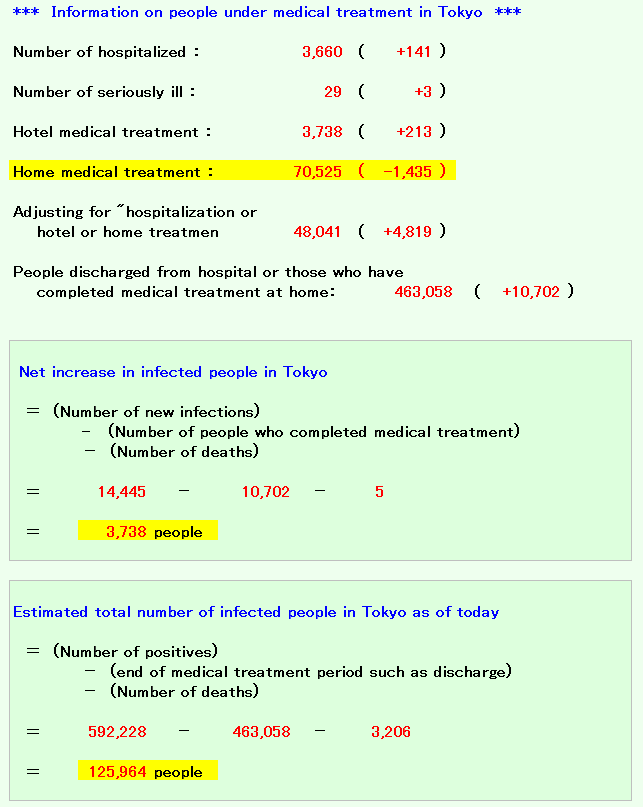 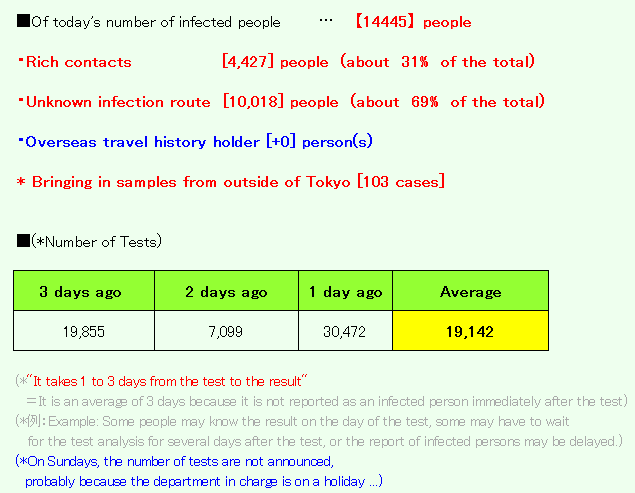 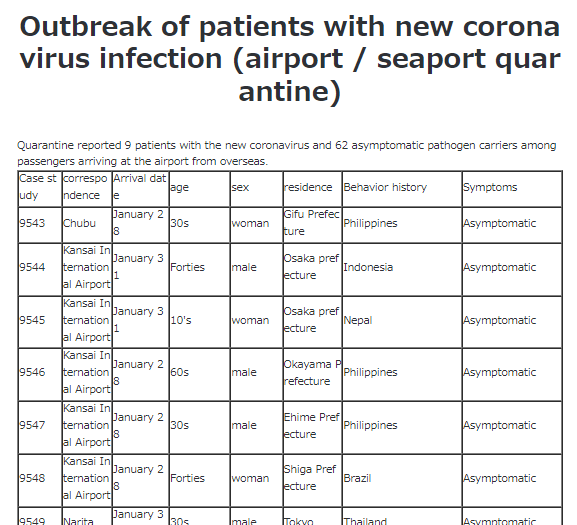 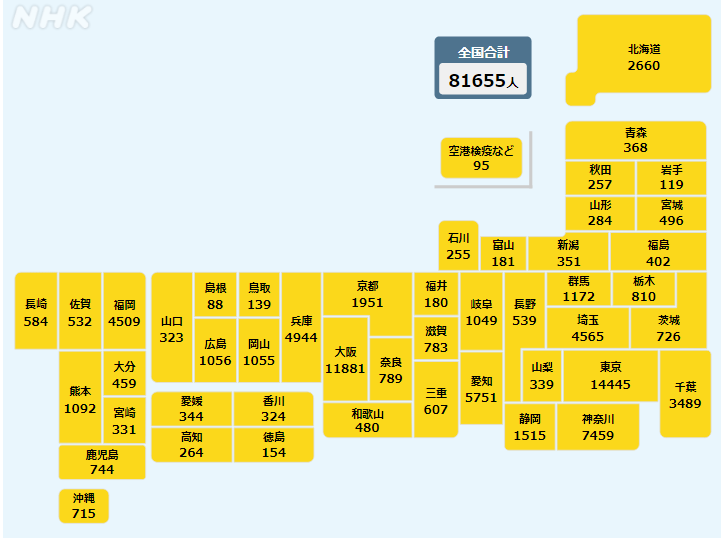 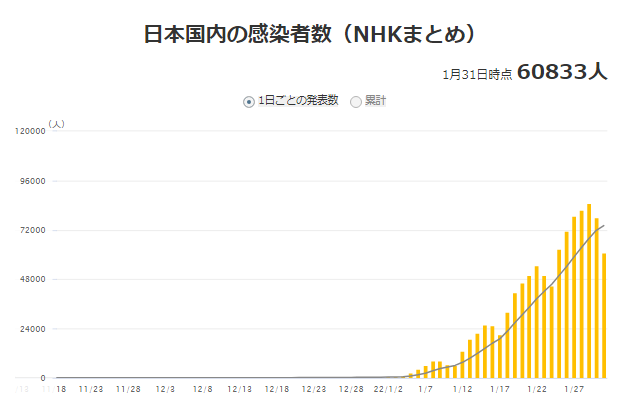 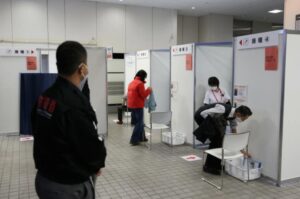 The venue is the same as last year, Otemachi Joint Government Building No. 3 in Chiyoda Ward, but it seems that the venue has been narrowed considerably due to the excuse of aging …!

In the previous vaccination, about 10,000 people were vaccinated a day, but this week it is only about 700 people a day …

And in Israel, which is proceeding with the fourth vaccination instead of the third vaccination, the spread of the infection does not seem to stop …! 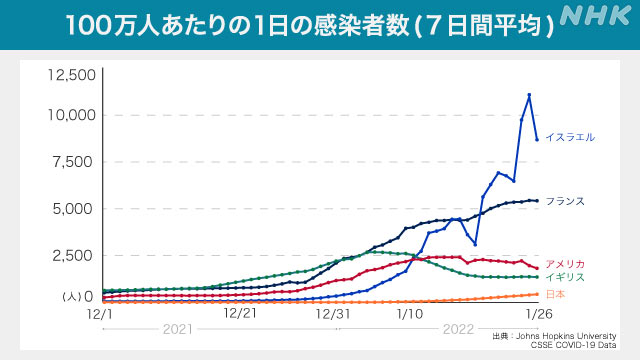 Not only is the number of infected people per million people high, 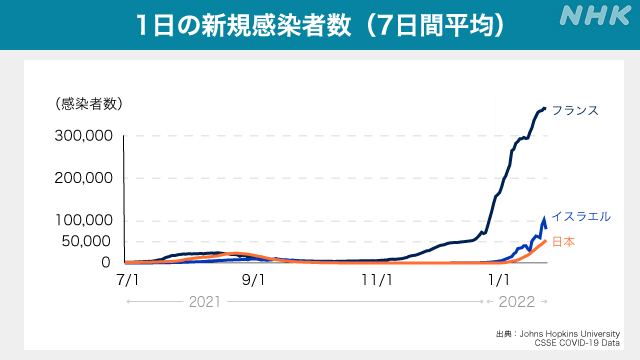 but even the number of newly infected people per day seems to be already higher than in Japan …!

By the way, it seems that there is no lockdown in Israel.

Therefore, if you have a vaccination certificate or a negative certificate, you can act freely there …!

Well … unfortunately,
“a vaccination certificate doesn’t mean anything!”
ｂecause the spread of the infection doesn’t stop …

And … Tokyo is already messed up … 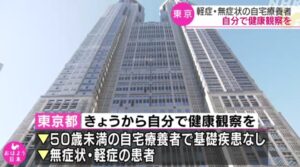 Tokyo Metropolitan Government
“People under the age of 50 who are undergoing home care should follow up on their own!”
“Please contact the close contact yourself!”
“We don’t do anything!”

They increase the number of infected people to the point where they can’t take care of them, and when they get out of hand, they give up …

By the way, in the experiment using hamster, it seems that Omicron variant has milder symptoms than Delta variant!

After all it seems that it is attenuated!

However, it seems that hamsters with weakened immunity sometimes died…

Therefore, it seems dangerous not only for elderly people and people with underlying illnesses, but also for ordinary people if their immunity is weakened due to accumulated fatigue …