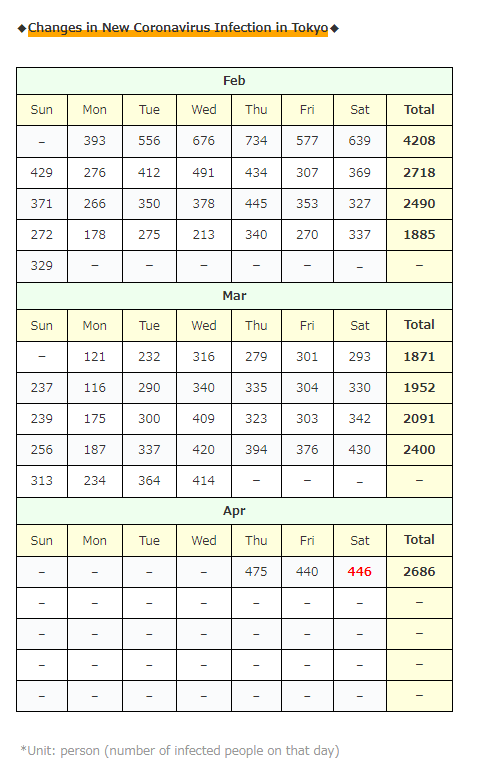 446 ( +6 from the day before) new infections confirmed in Tokyo.

More than 400 new infections have become commonplace in Tokyo …

In Osaka, the number of infected people is 666, which is the highest number ever, even exceeding the number for the year-end and New Year holidays…

Does the domestic infection situation really exceed the third wave of fear …? 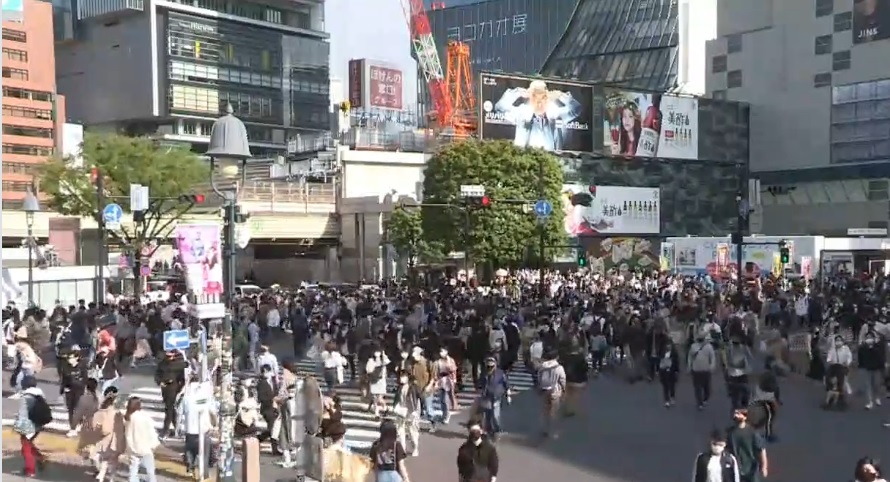 * It seems that there are many karaoke infections yesterday and today.
* 20’s to 70’s

・New infections are [666] people
* The number of infected people exceeded 654 on January 8, the highest number ever.

・Karaoke class in Asahikawa City
*Today [new] person(s) /Cumulative [7+2] person(s)
*It is said that it has spread from instructors to students and restaurants. 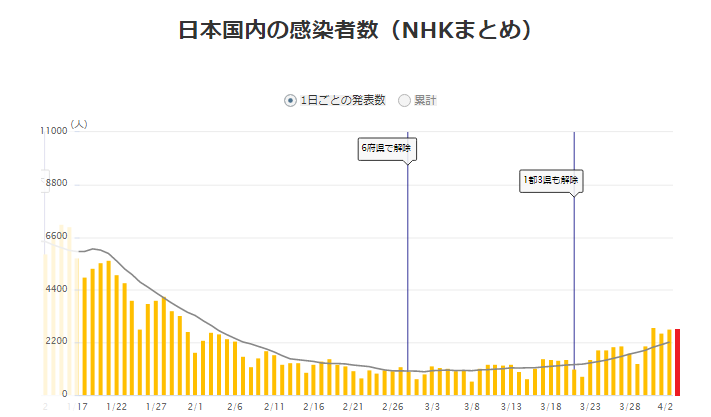 The current situation in Japan is “entering the fourth wave,” according to Chairman Omi of the government subcommittee …

But the government and local governments are not taking new measures …

By the way, there was also an article like this …!

After all, there seems to be a restaurant that says, “If our restaurant continues to operate late at night in violation of the business hours shortening order, and if the Tokyo Metropolitan Government imposes a fine of 300,000 yen, we will continue to operate by paying a fine …”

I don’t know if the cooperation money is not enough or the profit from the business is too big, but there are many people who do not refrain from looking around the city, so even if the Tokyo Metropolitan Government orders only restaurants … It’s no wonder they don’t want to comply …

By the way, in terms of restaurants, the Tokyo Metropolitan Government has a condition of “installing a COVID-19 countermeasure leader at each store” as a condition for providing cooperation money for requesting shortening of business hours to restaurants,
(「コロナ対策リーダー」登録を 都、協力金支給要件に 時短要請に応じた飲食店など ／東京)

but it seems that the training has begun!

While thinking “Oh, that’s good!” as I read through the article … 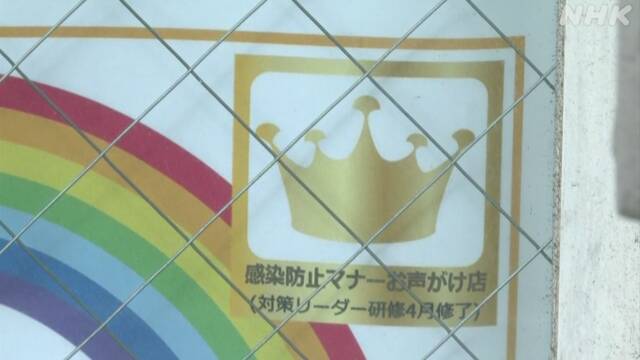 This sticker … I’m familiar with it somewhere …
(The Tokyo Metropolitan Government makes it possible to print stickers that should be attached to stores that are taking measures against infectious diseases by simply downloading them from the official website without visiting them.)

When I was curious and looked it up …

After all, training was just a name, and in the end it was just “watching a video + a simple test after that” …

Is Tokyo really motivated to take measures against infection? (Angry

…We want to say so, right? (dry laugh

It is such Tokyo, but it seems that such measures will be started from now on!

It’s really good to have an test …

If it is once a month, clusters are likely to occur during that time. ..

And there was an article about vaccines like this!

Until then, the general public will be left alone …

Moreover, the vaccines are only for half of the elderly …

I hate this country! (Cry

Let’s do our best to prevent infection!

Pfizer’s vaccine is 91.3% effective until half a year later!

It seems that it is the analysis result of the clinical trial, but

If the effectiveness diminishes in half a year, the priority vaccination recipients who are currently vaccinated will have to be vaccinated again in August, six months later …!

I don’t feel that all Japanese people have been vaccinated by that time, but what should we do?

Well … Before I get vaccinated, the vaccinations of the priority vaccinated people who are currently vaccinated will start half a year later …? (Fear)