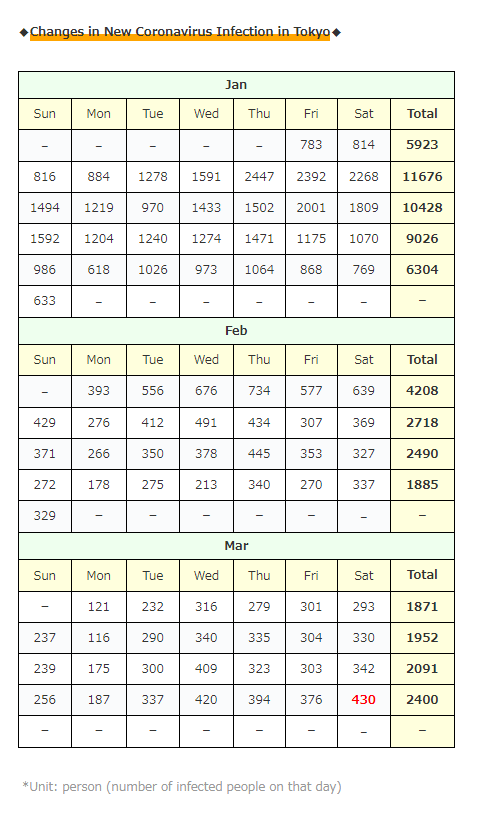 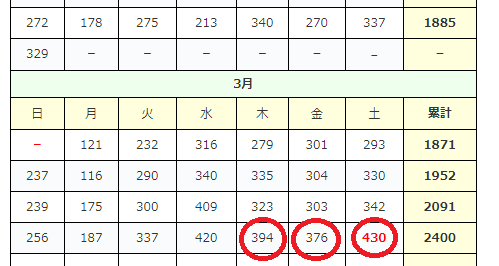 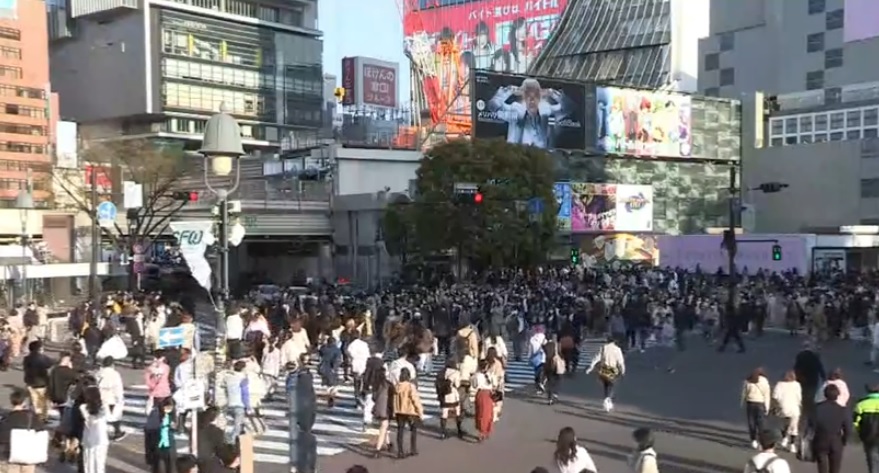 * I couldn’t find any outbreak information today, but according to the person in charge of the prefecture, “There are many infections with relatives’ meals, karaoke, mahjong and young people traveling, etc.” … 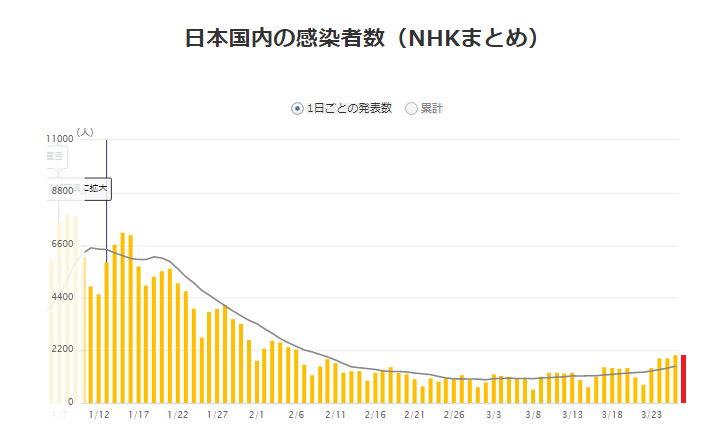 s it from a few days ago?

There is such a space on the top screen of Yahoo! 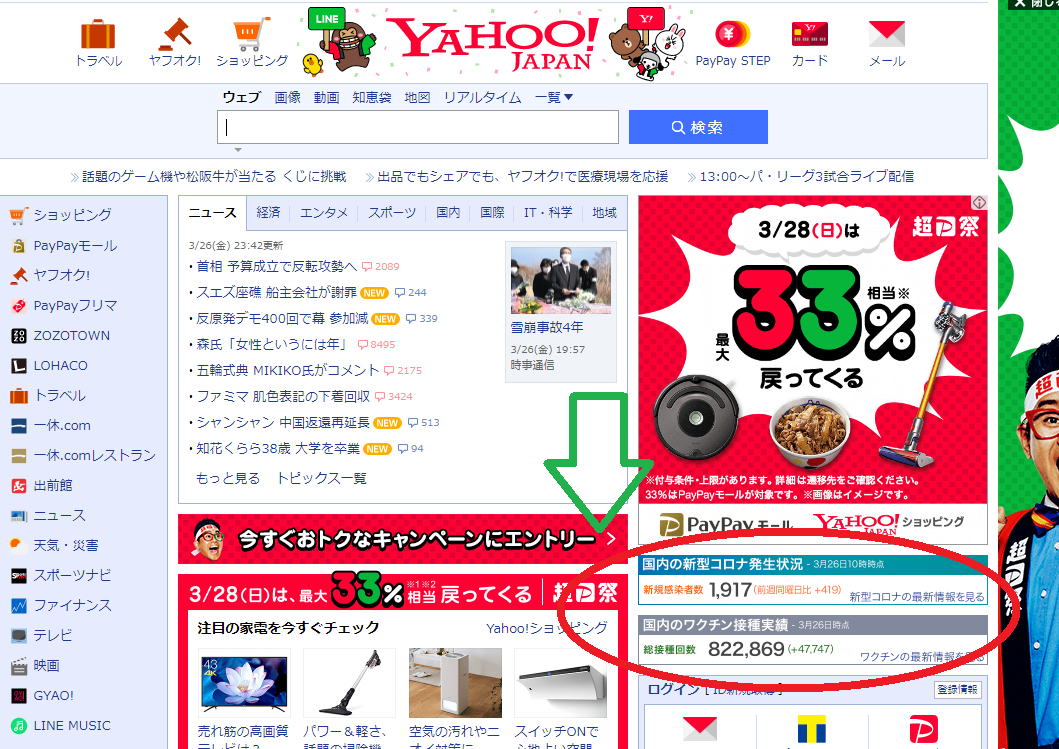 (* “The number of domestic vaccination”)

It seems that more than 800,000 people have already been vaccinated!

By the way, the number of allergic reactions in Japan due to vaccination

・ 47 allergic reactions out of 578,800 vaccinations
(As of March 21)
・ Some people have symptoms after the second vaccination.
・ 26-year-old women died of cerebral hemorrhage 4 days after vaccination
(Causal relationship unknown)
・ Overseas, 81 out of 1 million vaccinations
(The reporting standards are different) 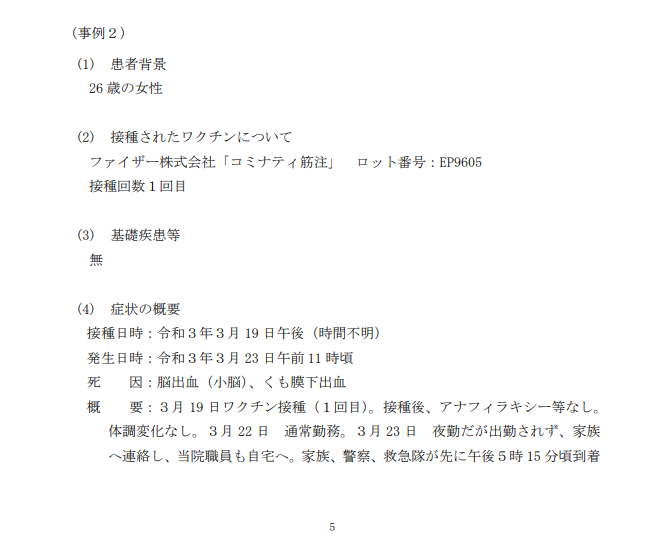 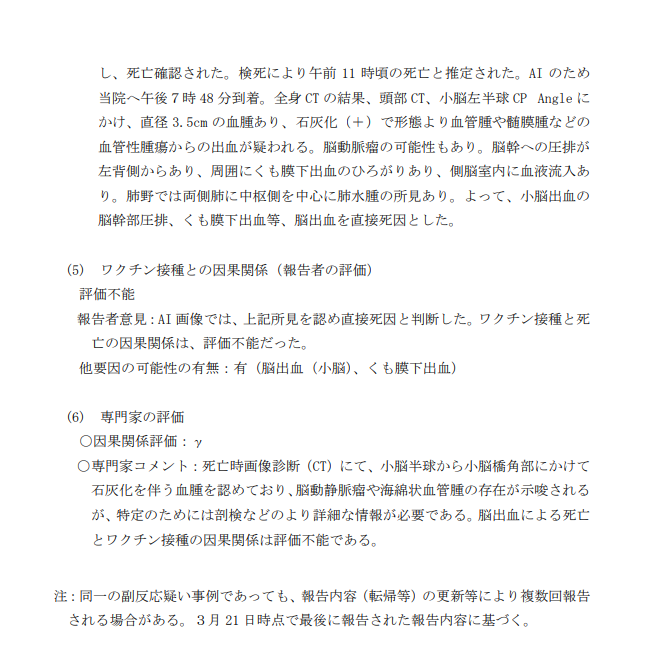 ↑I have seen the materials released by the Ministry of Health, Labor and Welfare, but I wonder if there was a tumor (3.5 cm) originally …?

I wonder if NHK will explain it carefully. .. ..

And there seems to be a new move in Europe when it comes to vaccines!

Russia is pushing Russian vaccine (Sputnik V) to the EU!

The efficacy of the vaccine is 91.6%, but since it has been approved during clinical trials, there were some doubts about its safety and efficacy, so it would be safe if the EU would take a few months to review it!

If the safety and efficacy can be confirmed even in the EU standard examination, it is the best because there will be more vaccine options!

And in Japan, the number of infected people is increasing day by day, but …

Movement has also begun in areas where the infection is widespread!

I hope it doesn’t mean “Next month, the reissue of the state of emergency (third) in all regions of Japan” …!

When I look for news related to the new coronavirus, I sometimes see the “summary site of 5ch”, but today there was an article that made me laugh unscrupulously … lol

・ Enemy of Tokyo people: Koike
・ Japanese enemy: Tokyo people
・ The enemy of the people of Tokyo = humans who ignore viruses and walk around = the nuisance for those who refrain from going out etc

I hope everyone somehow points in the same direction (the end of COVID-19) …!