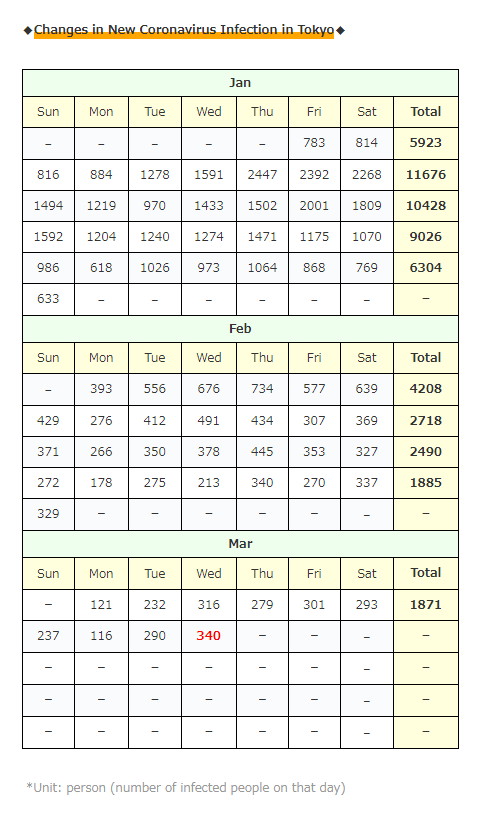 The “stopping down” is becoming certain … 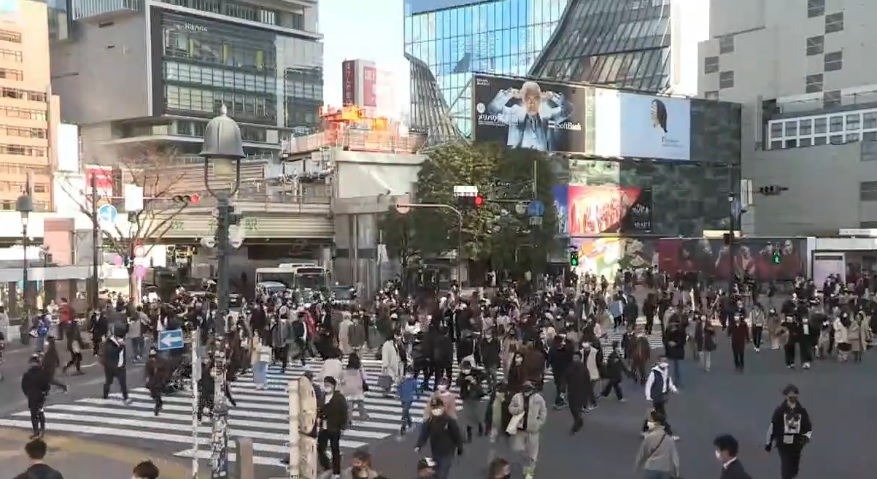 ・Infection in the facility [61] people

Adjusting for “hospitalization or hotel or home treatment” ： 428 ( +7) 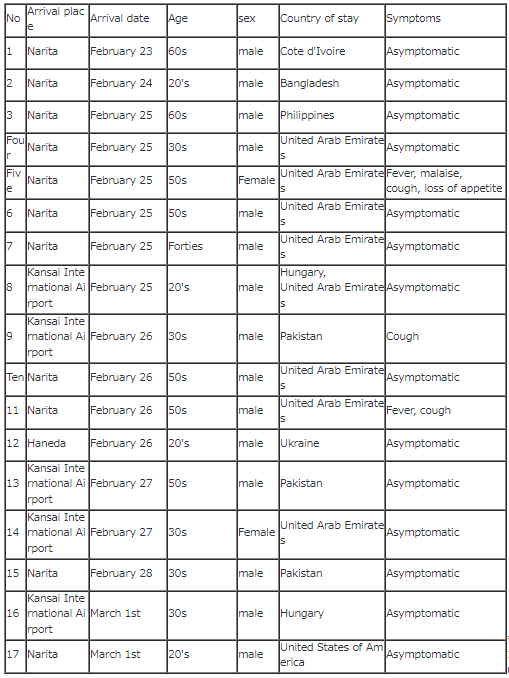 *Among the infected people counted today, there are [9] cluster relationships, including the above.. (Other than the above, add 3 or less each) 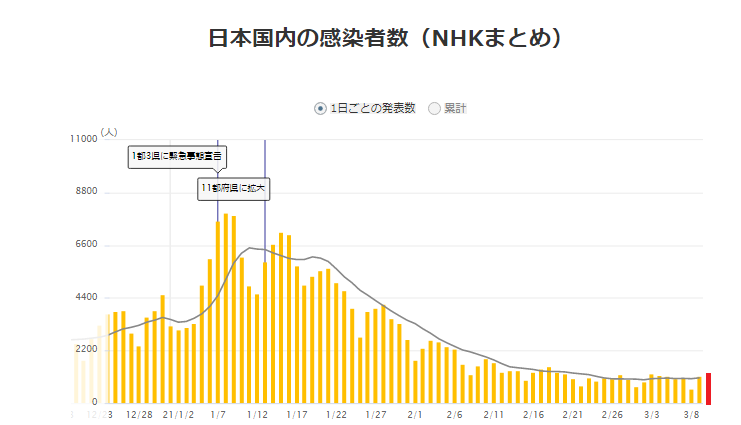 It seems that some people had side reactions from vaccination in Japan again …!

Moreover, there are 9 people …!

・ 9 women in their 20s to 50s
・ After vaccination, hives, numbness in limbs, suffocation, etc.
・ 8 out of 9 people are allergic to food or medicine, and have underlying diseases such as asthma and hypertension.
・ All symptoms have been improved
* A total of 17 cases have been reported since the start of vaccination in Japan, but all are women.

The domestic vaccination situation seems to be like this, but ↓

(* Side reactions (3 people) are hives, etc. No serious allergic reactions such as anaphylaxis)

* Since it is not reported every day, it will be updated as soon as it is reported …

In the United States, it seems that 5 out of 1 million people have an allergic reaction to anaphylaxis, but in Japan, 17 out of 110,000 people …

And what is worrisome is that Professor Tomohiro Morio of Tokyo Medical and Dental University, the chairman of the expert department of the Ministry of Health, Labor and Welfare, said as follows.

“It is necessary to evaluate the details of individual cases, including those that may be anaphylaxis.”

Hmm? The title of the article says “It had an anaphylactic reaction again!” on every news site, but it seems that it may not be an allergic reaction to anaphylaxis yet…

It seems that all of them have recovered, but it seems that many people are concerned about safety, and I would like the government to analyze it firmly and as soon as possible!

There is also news about vaccination!

Pfizer’s vaccine can currently be vaccinated for 6 doses from one container, but with an insulin syringe, it will be possible to inoculate an additional 1 dose, for a total of 7 doses! 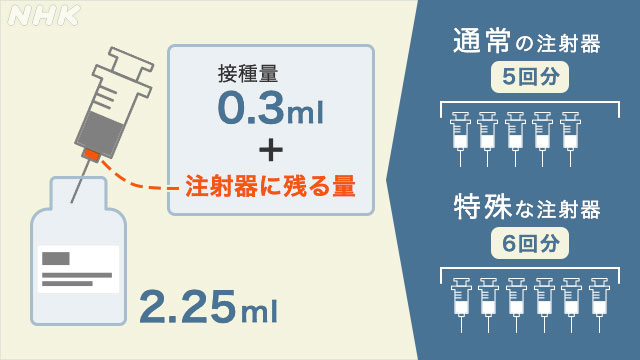 With a conventional syringe, it seems that a little remains in the syringe … 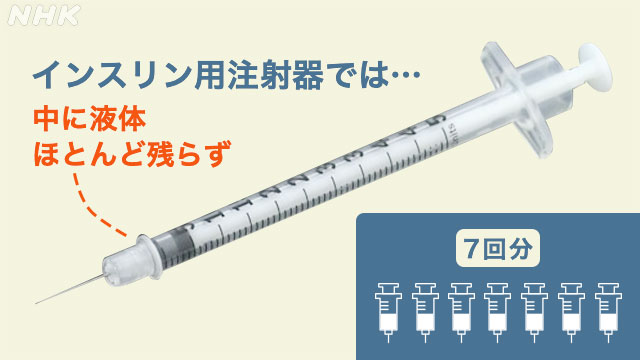 It is said that there is almost no residue with a syringe for insulin! 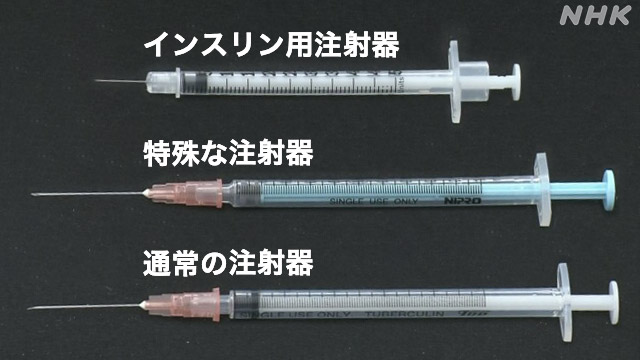 However, as you can see, the needle is currently short, so it is said that the thickness of subcutaneous fat is measured by conducting an examination for about 30 seconds before vaccination!

I’m really happy that the number of vaccinations has increased!

Because vaccines are the only solution to this “COVID-19 disaster” …!

Terumo Corporation, a medical device maker, will start producing a new syringe that can inoculate 7 times from one container in late March, and expectations are rising! (Happy)

2 news about the domestic infection situation!

Yesterday, the number of newly infected people in Tokyo was higher than it was a week ago or two weeks ago …

Haruo Ozaki, chairman of the Tokyo Metropolitan Medical Association, also said, “I want to prevent rebounds as much as possible and create a system to confront  COVID-19 for two weeks.”

It’s just an effort not to increase …

Unfortunately, everyone seems to think that this is the bottom number …

Correspondence is too late!

I think various investigations are necessary … but what has the administration been doing for a month since the revised law came into effect on February 13th?

Vaccination has started with a small amount of vaccination, so I hope that various things will start to move toward the end of the COVID-19 disaster!

The days when the numbers are increasing are starting to appear …

It has increased for 2 consecutive days …

Speaking of which, such news …

It seems that Japan is reluctant to introduce a “vaccination certificate” for people who have finished vaccination, which is becoming common in Europe …!

(It seems to be used mainly when traveling abroad)

The reason is that “Vaccination is the person’s free will, so we will not issue a certificate so as not to be disadvantageous” …

I hope that vaccination will spread throughout Japan and you will be able to say “Please give me a vaccination certificate!” as soon as possible!