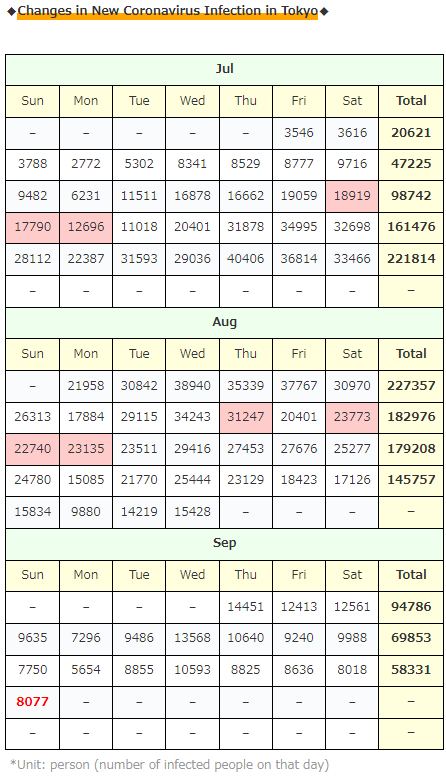 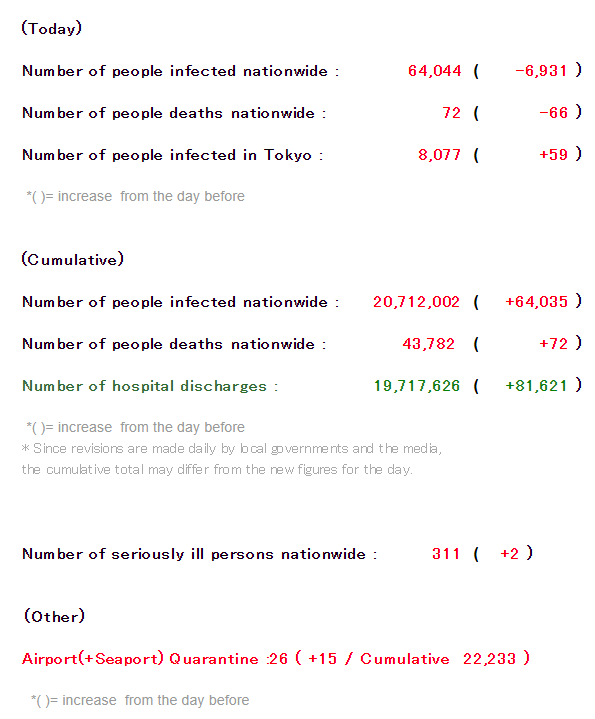 Even though it’s a long holiday, today is still the second day, so it should be the same as any other Sunday… 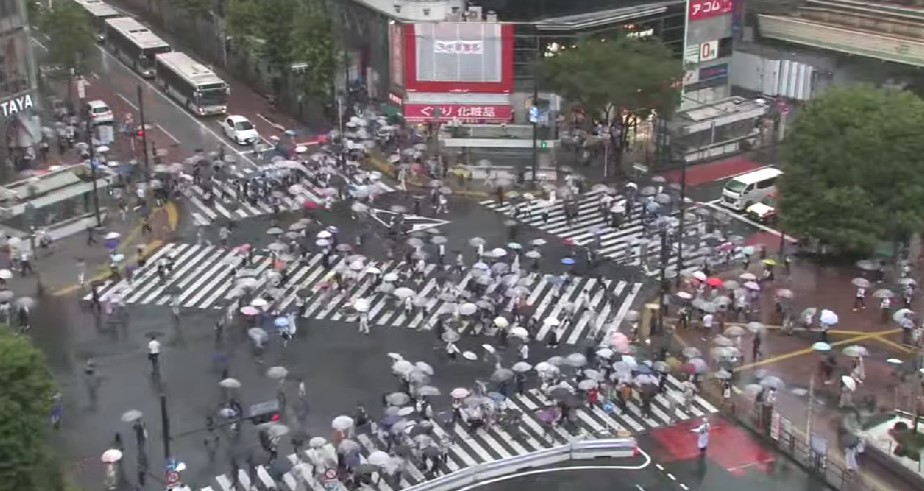 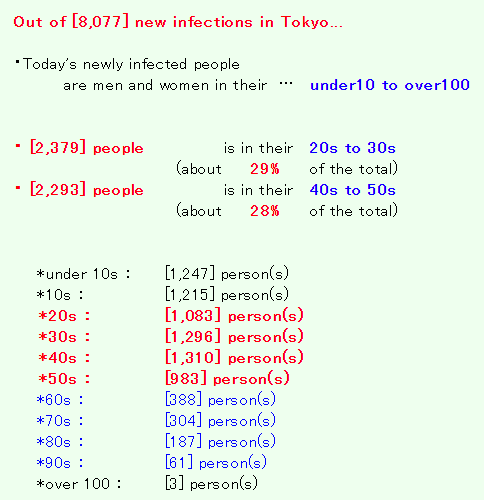 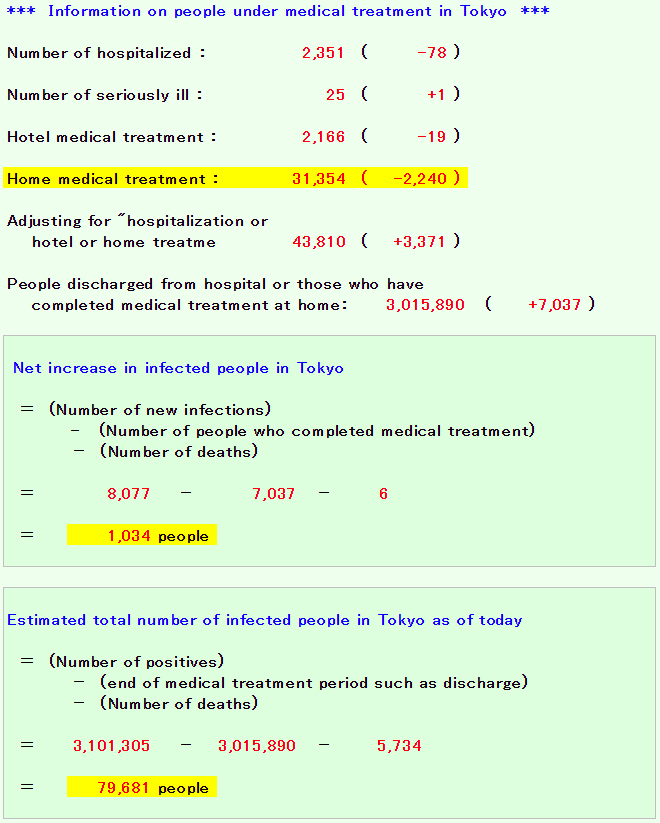 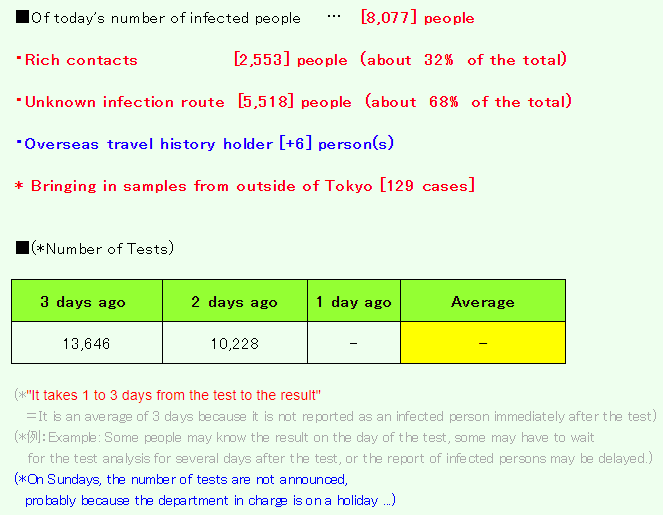 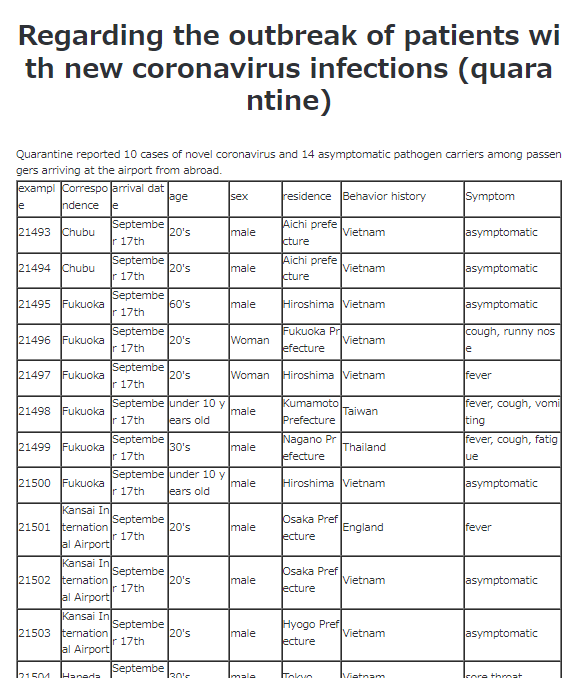 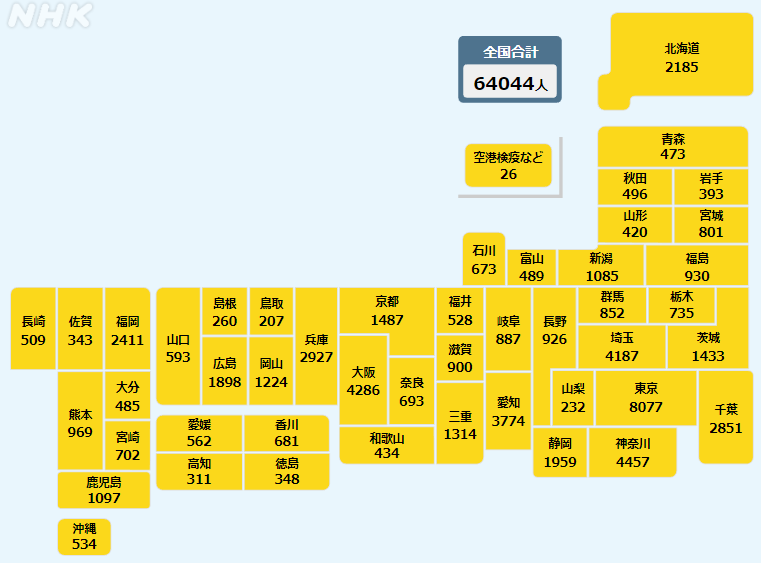 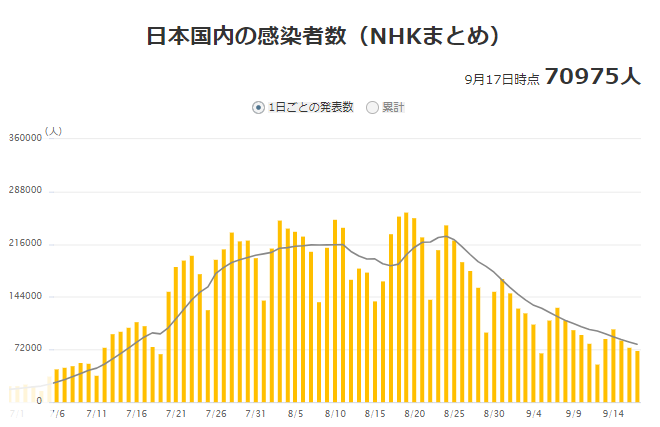 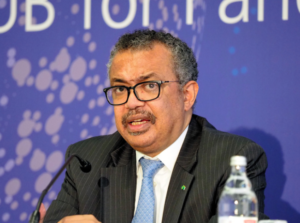 Director-General Tedros
“The end (of the pandemic) is in sight.”

“The world is in better shape than ever,” he said at a press conference, as last week’s death toll fell to its lowest level since March 2020 (when COVID-19 began).

For the time being, he also said, “We have not reached the end of COVID-19 yet. If we miss this opportunity, it may cause more variants and deaths.”
…It seems that he is telling people to be vigilant against it, but in short, he probably wants to say, “We should exterminate the virus when this infection is calm.”
(*The virus becomes more susceptible to variants as the number of times it infects increases, so the only way to prevent variants is to prevent the spread of infection.)

As a side note, the infection status of the whole world is like this ↓

(Number of new infections in the world) 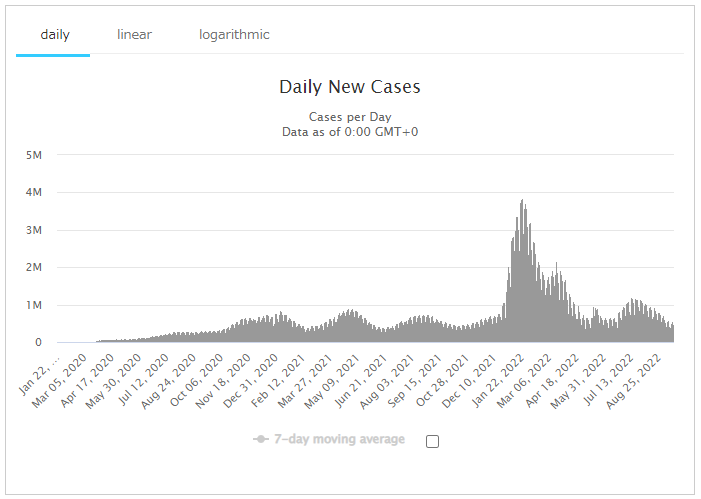 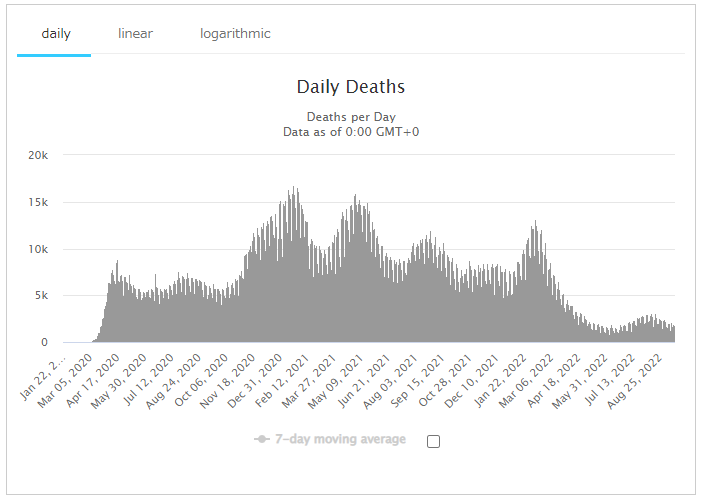 ↑Certainly, it seems that there is no problem in saying that the world infection situation is “calming down”.

On the other hand, when it comes to Japan…↓

(Number of new infections in Japan) 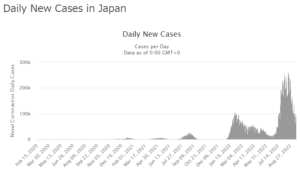 (Number of deaths in Japan) 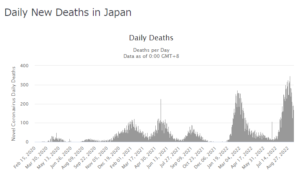 …After all, even from a global perspective, “Japan is abnormal”, isn’t it?

By the way, from the people who are against infectious disease countermeasures, the reason is “because the world is not testing as much as Japan!”, but…

↑Statistical information such as “the number of people recuperating at home” will be completely meaningless with the “Abolition of notifiable disease surveillance” starting on September 26…!

Japan used to be “a wonderful country with almost no infected people!” (around the time of the first wave)…
Now it’s a useless country where it’s too early for Japan to relax its measures against infectious diseases… (disappointment)

The recent trend has been for the infection to spread first in Okinawa and Hokkaido, which are tourist destinations, before the infection explodes in big cities such as Tokyo and Osaka.

But these days, Okinawa is becoming one of the areas with the least number of infections in Japan.↓ 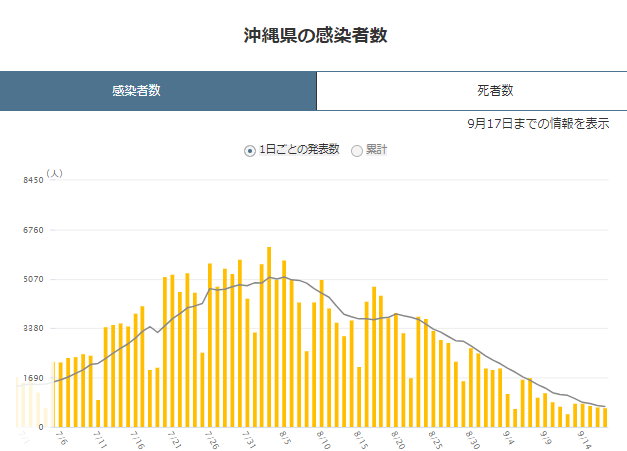 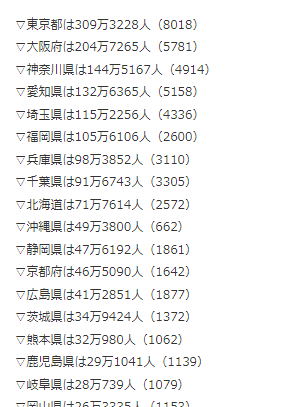 (*The number of infected people of each prefecture / TOP:Tokyo / Okinawa:”daily:662″)

Well…I think the fact that the summer vacation is over and it’s no longer a tourist season has a big impact, but right now it’s the Silver Week holidays…
I’m a little worried…!