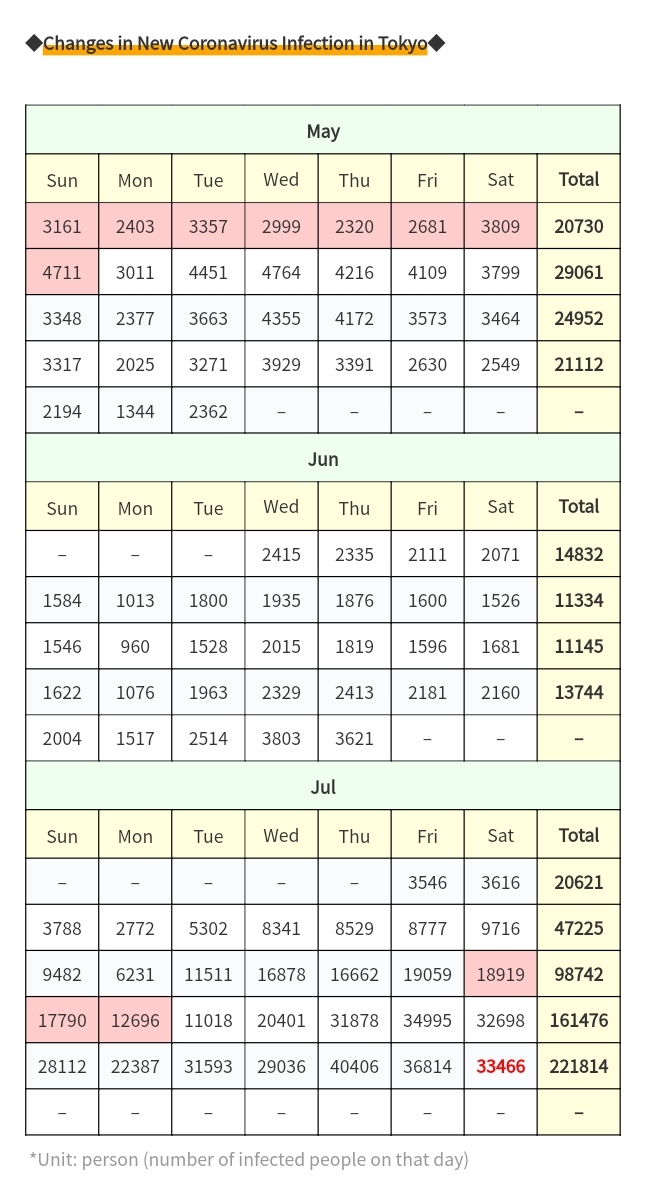 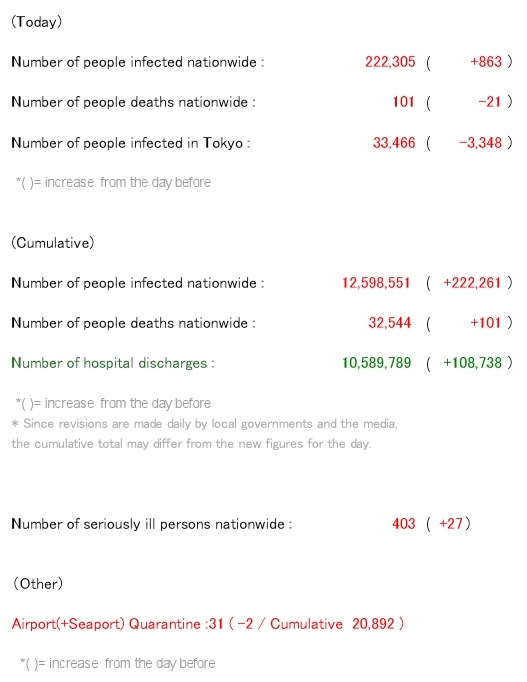 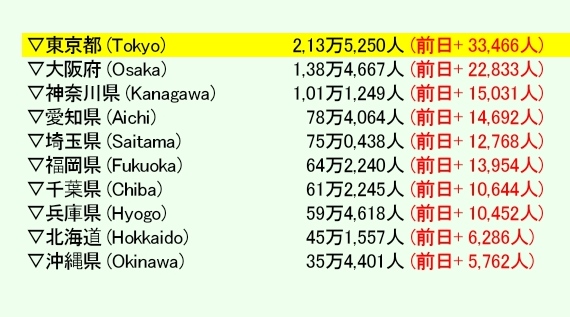 I can’t say anything until I look at the week next week, but it looks like “the ceiling is stuck due to the limit of the number of tests” rather than “the end of the increase”… 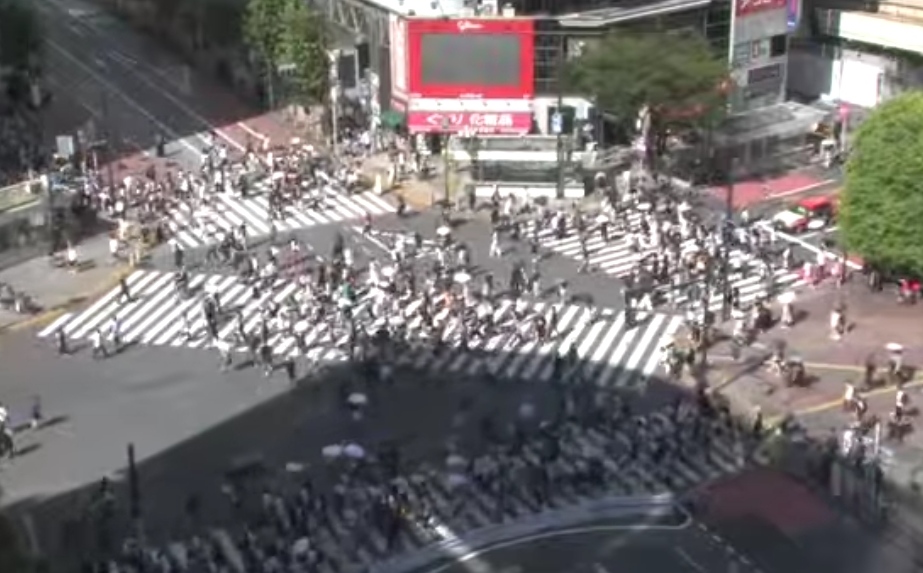 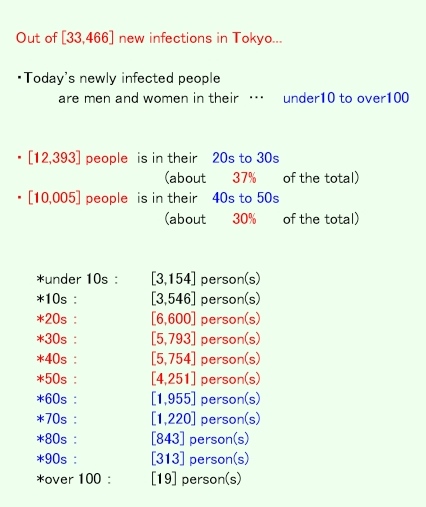 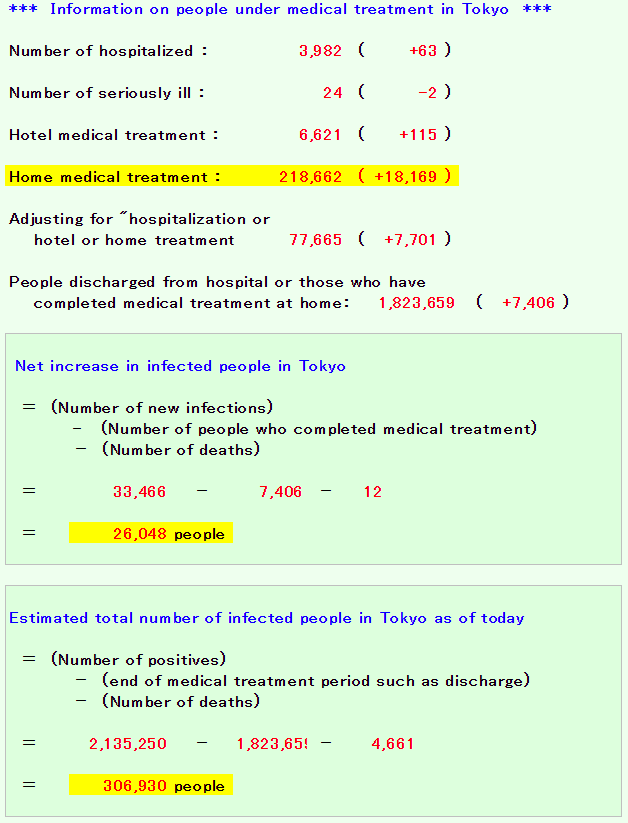 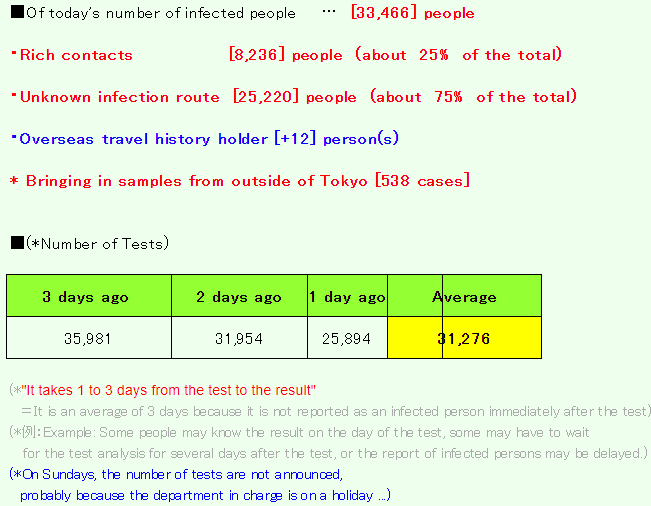 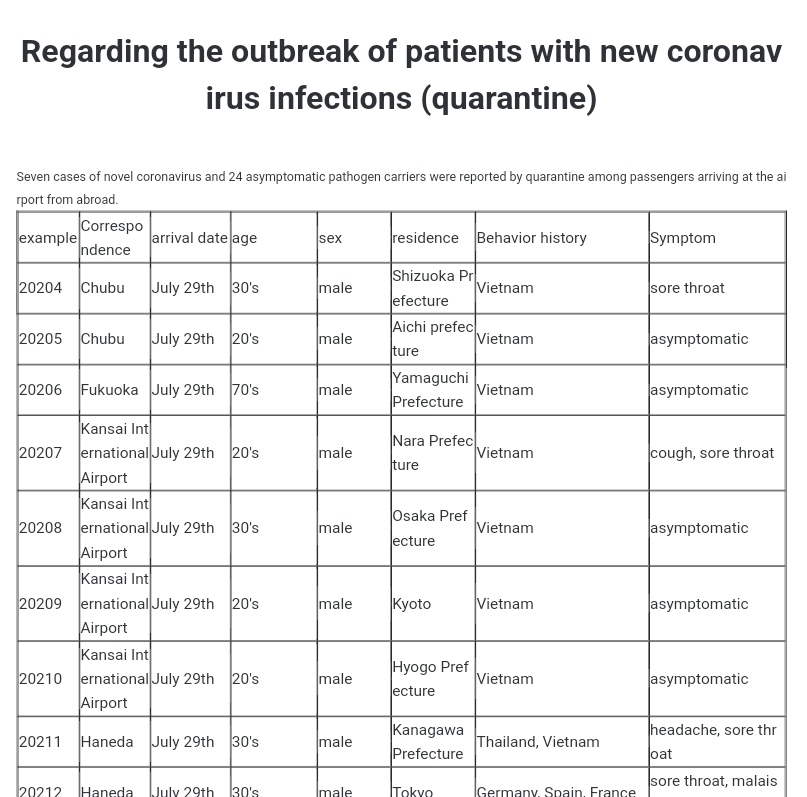 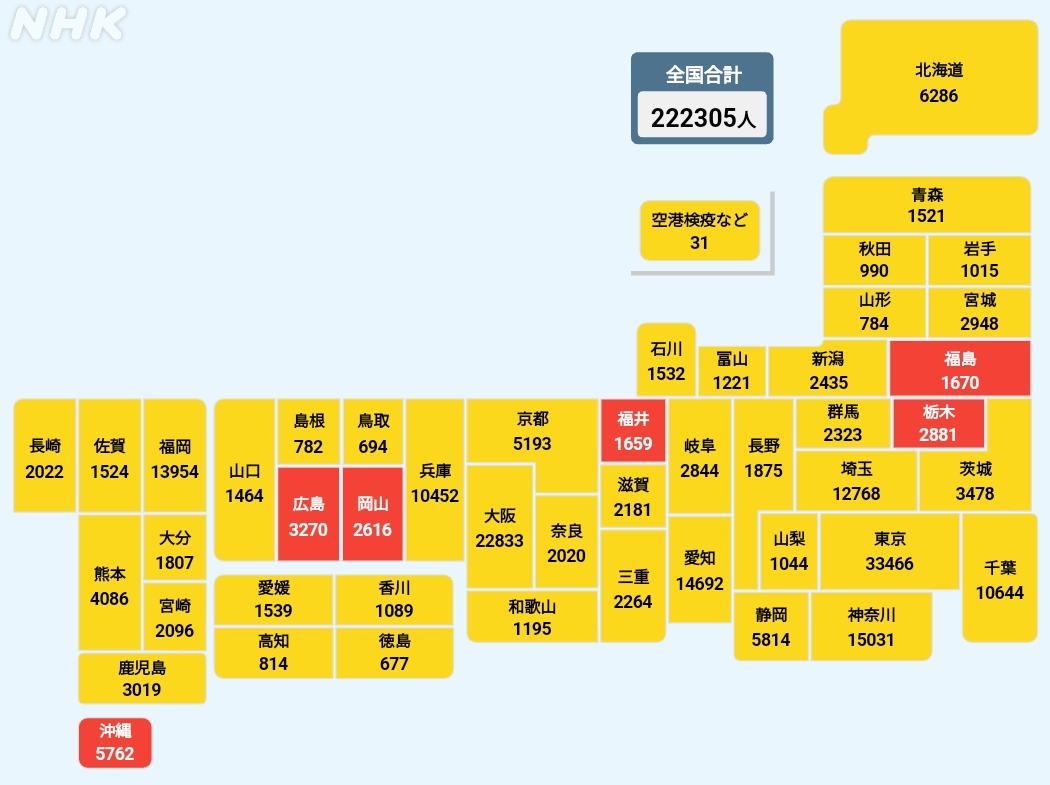 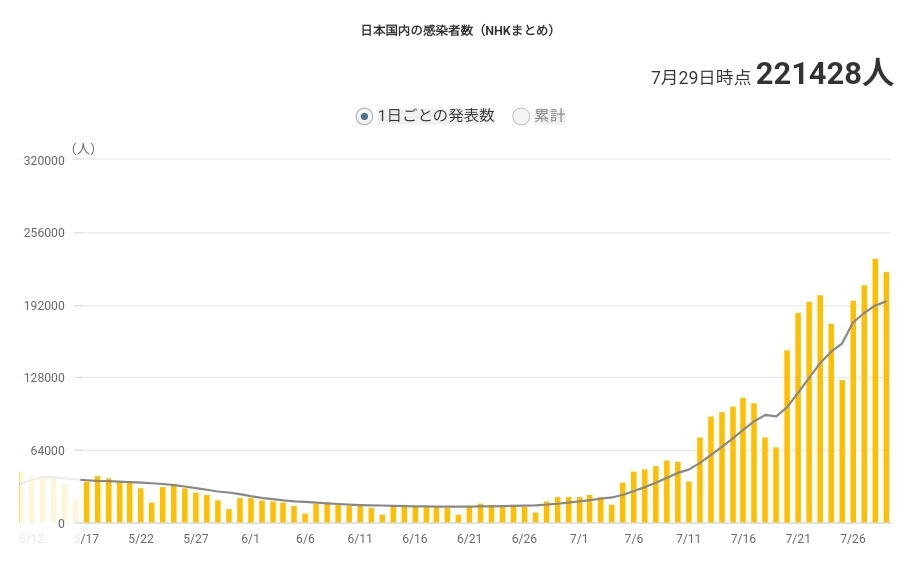 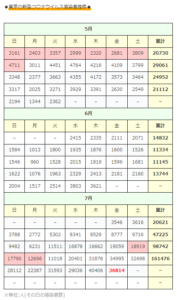 Even though there were signs of that before the three consecutive holidays, it’s too terrible …!

By the way, the response taken by the government is …

“Relieve me because I will continue to maintain socio-economic activities!”

“Municipalities should do their best to secure beds and strengthen the inspection system!”

“You only have to take measures that focus only on the elderly who are at risk of becoming seriously ill!”

However, it seems that the Japanese government has no intention of changing the status of COVID-19 under the Infectious Diseases Law from Category 2 to Category 5.

Their claim is that “strong measures should be left.”

Minister of Health, Labor and Welfare Goto
“The possibility of strong measures under the Special Measures Law should be left.”

→They seem to be worried that they will not be able to take measures such as hospitalization recommendations.

However … It’s not clear that they are determined not to take any measures at the moment, but they will not give up on this part.
Inconsistent …

“Change to class 5” = “Disregard COVID-19”
Even if doing so is nothing but crazy, it is better to have people who are infected by hang up without taking any measures pay a high medical fee, because everyone refrains from acting and the infection may end …!
(*Currently, it is equivalent to class 2, so medical expenses will be borne by tax, and class 5 will be borne by the individual) 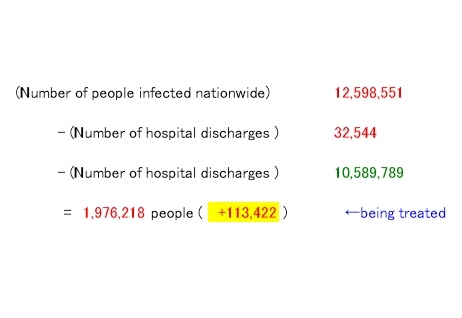 Speaking of which, I tweeted on Twitter the other day, but it was announced that Japan has the highest number of newly infected people in the world.

WHO
“The number of newly infected people in Japan is 690,068 in a week, which is 73% higher than the previous week, which is the worst in the world.”

… Well, it means that
“Japan is the stupidest in the world when it comes to COVID-19 measures” … (dry laugh)

… At the time of the first wave, Minister of Finance Aso happily told politicians around the world that “Japan has a high cultural standards, so the number of deaths and infections is small.”, but… now that’s really embarrassing …
(*コロナ死者少ないのは「民度が違うから」 麻生太郎氏 – 朝日新聞デジタル)

Japan has become a ridiculously and crazy country with the most widespread virus in the world, but it seems that no measures have been taken yet …!

The only salvation is … I think the voice of the streets is gradually beginning to notice, “…What? Isn’t it bad situation now?”
But it’s too late after it’s been messed up …