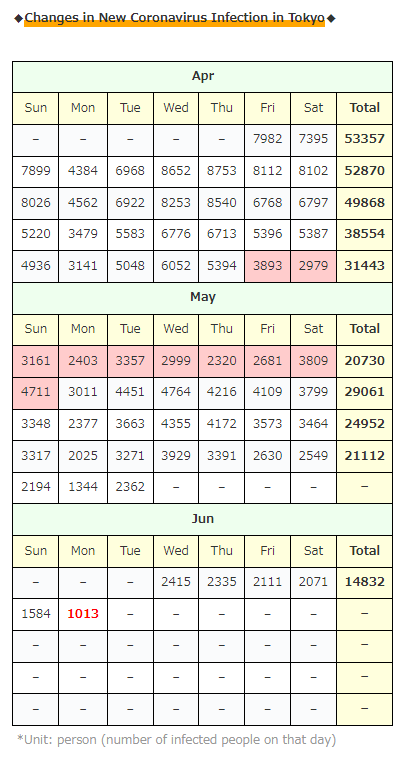 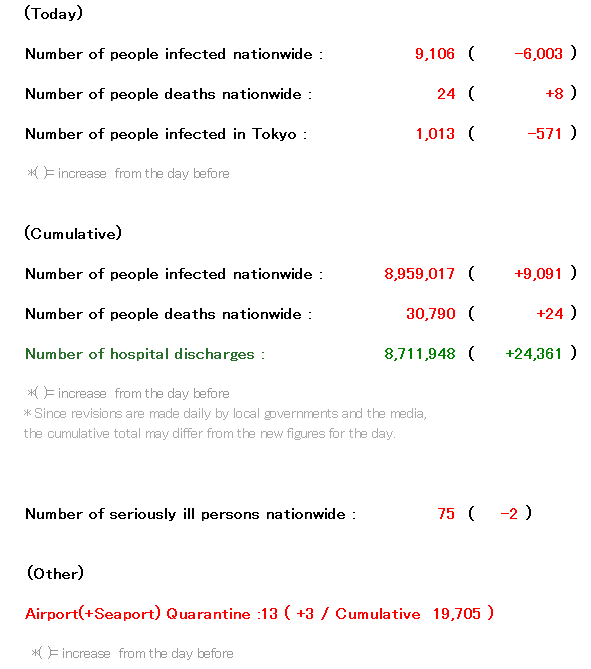 The number of infected people in Tokyo is …
Today is Monday, the lowest number in the week, but it didn’t fall below 1000!

But today’s numbers are lower than last week’s same day! 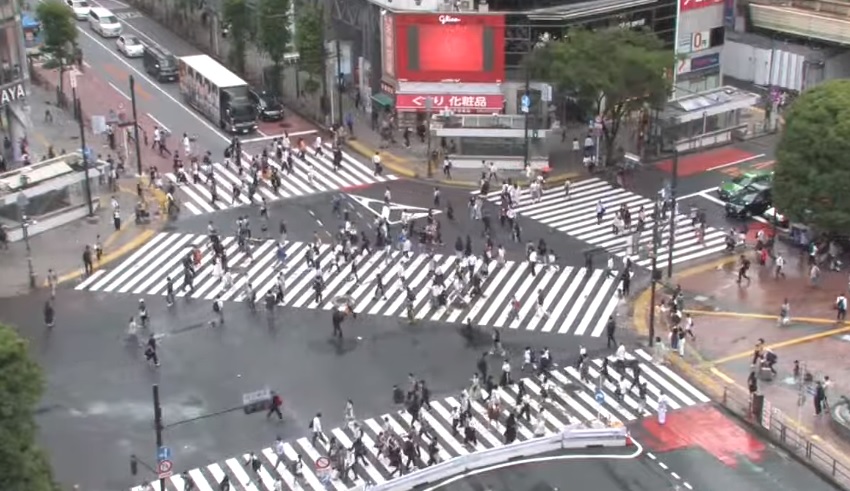 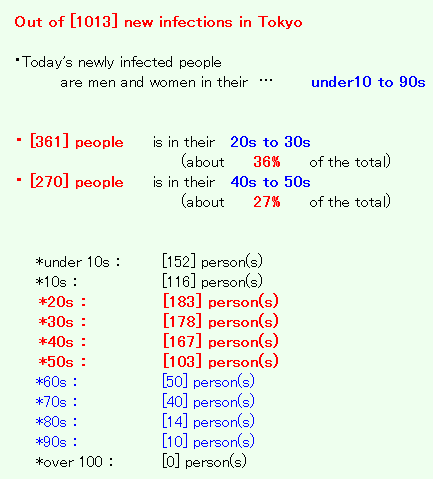 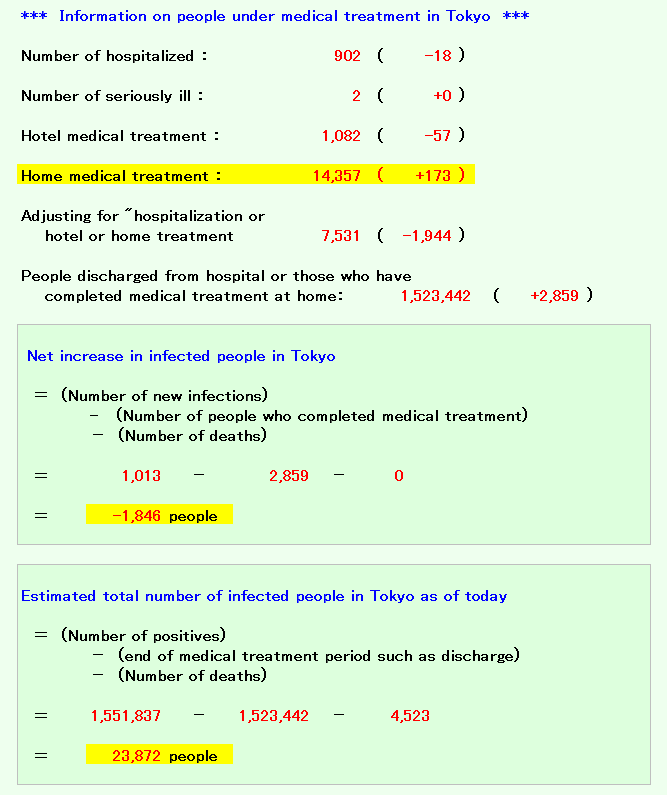 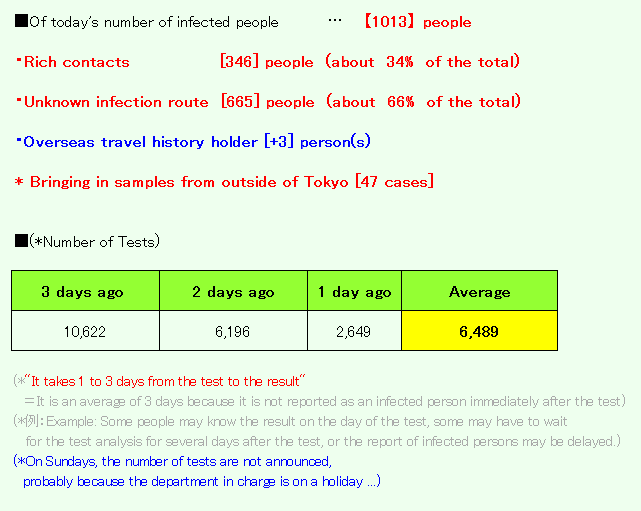 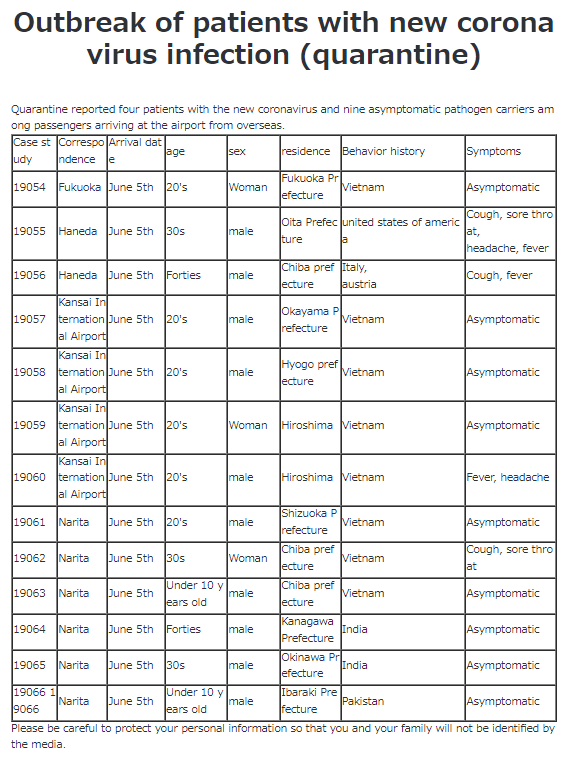 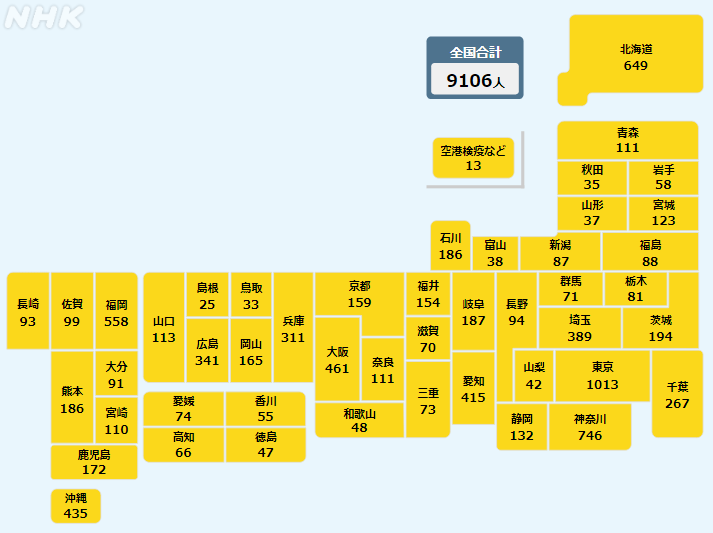 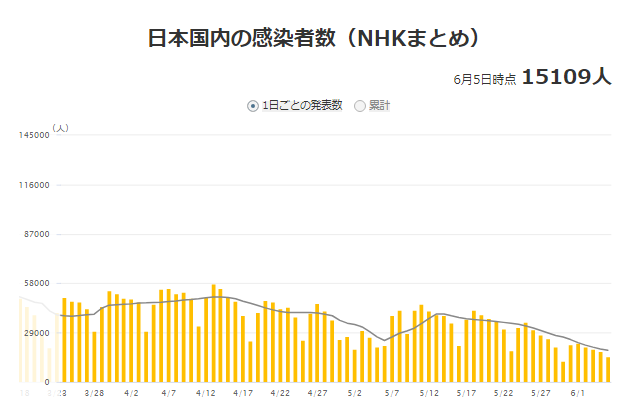 It’s a little … I have something to worry about …
For example, this is the infection situation in Japan on June 3, but …↓

(Number of infected people in each prefecture on June 3) 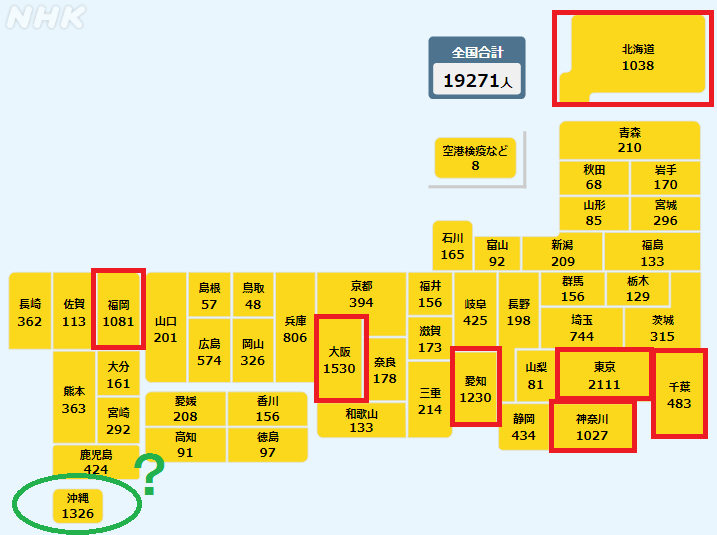 ↑I understand that the number of infected people in major infected cities such as Tokyo, Osaka, and Fukuoka is high, but mysteriously, Okinawa remains high …? (green circle) 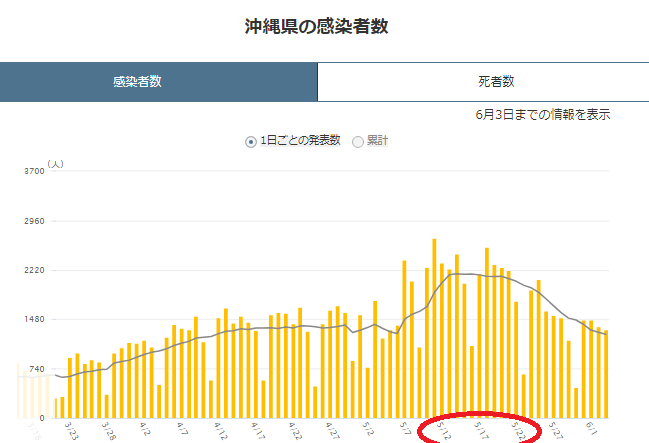 After all it is the influence of “travel TO OKINAWA” …

Right now, the government is instigating that trip as well, saying, “Travel more and more!” …

By the way, there is another concern …
Now … I wonder how many people in Tokyo have been infected … 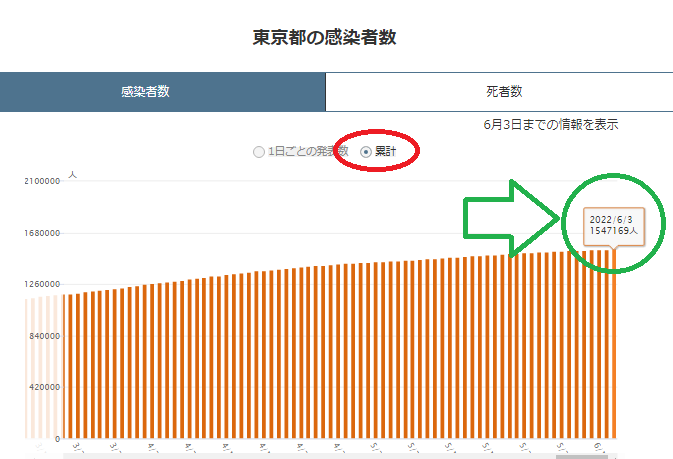 The population of Tokyo is about 14 million, so the calculation is as follows.
14 million people ÷ 1.55 million people ≒ 9 people
→It seems that about 1 in 9 people have been infected in Tokyo …

Nevertheless, the government can often say “remove the mask!” …
I cannot understand them.

By the way, it seems that the number of people living together per household in Tokyo is about 2 (1.92 people), so considering that, 1 in 4 or 5 people has experienced infection or has experienced close contact.
(*東京都)

It’s a hellish infection situation, but the government seems to be in a flower garden, thinking only about mitigation …!

By the way, there was also an article that I was interested in!

As a side note … the reason is unknown. (dry laugh)

I wonder why…???
Well, there are many people who have not been vaccinated and have allergies and are at high risk of becoming seriously ill,
(Maybe they are originally careful about infection, right?)
and some vaccinated people mistakenly think “I’m invincible!” …
In the first place, the number of people who have completed the second vaccination is close to 80% of the total population, so the number of people infected will increase accordingly…

Our government is saying, “Go on a trip!” And “No more quarantine at the airport!”, So you can get infected everywhere! (lol)