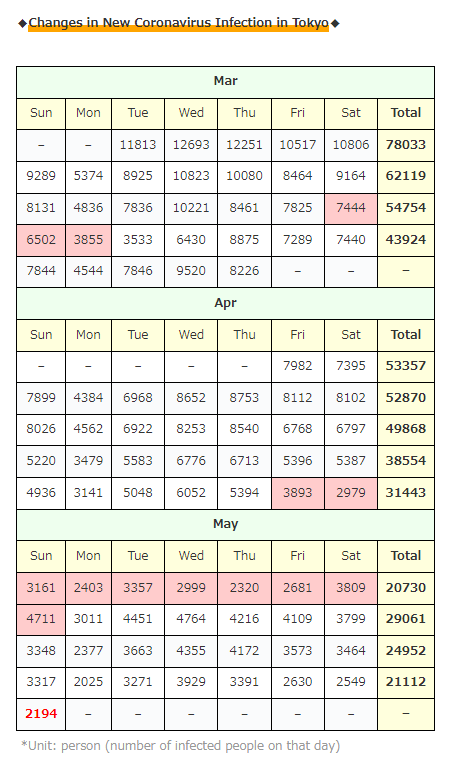 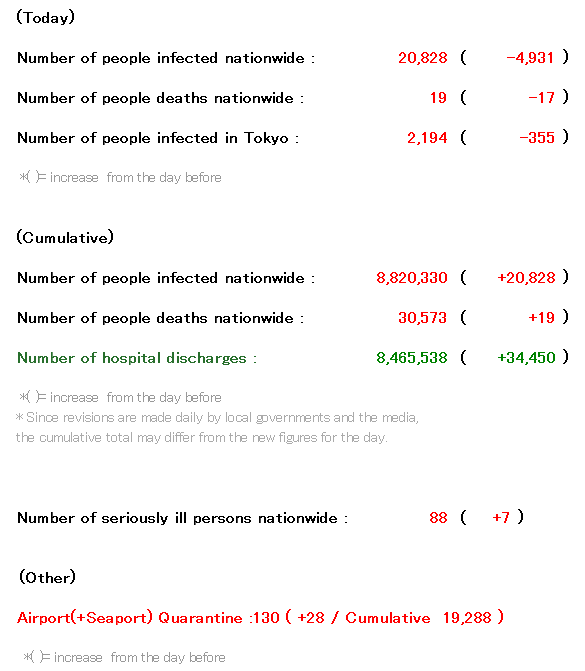 The number of infected people in Tokyo is …
It keeps decreasing without stopping.

I hope it will drop to the double-digit level like around December …! 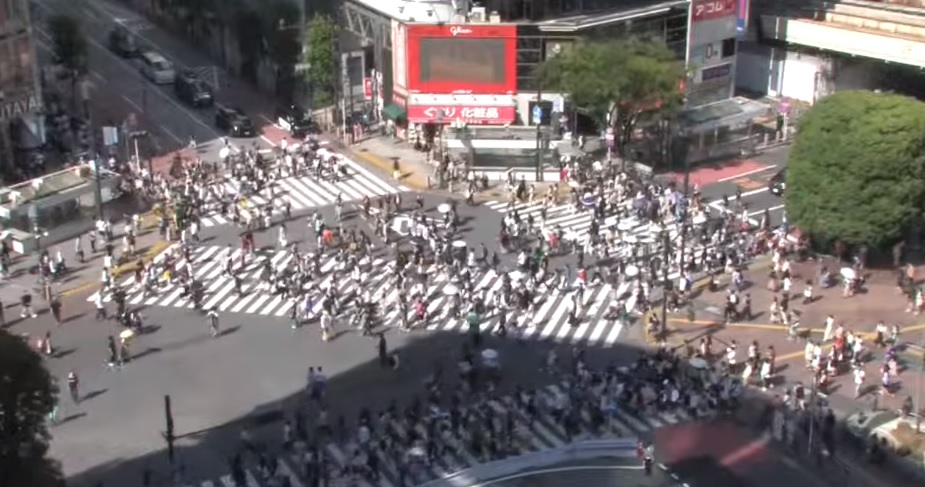 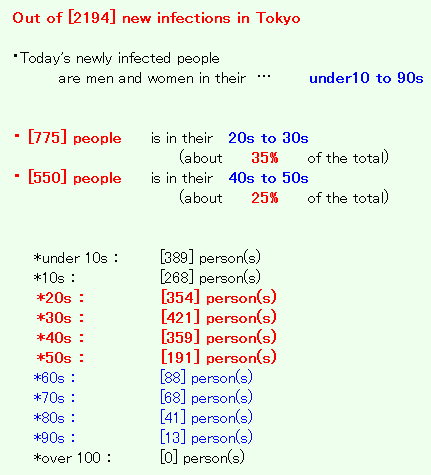 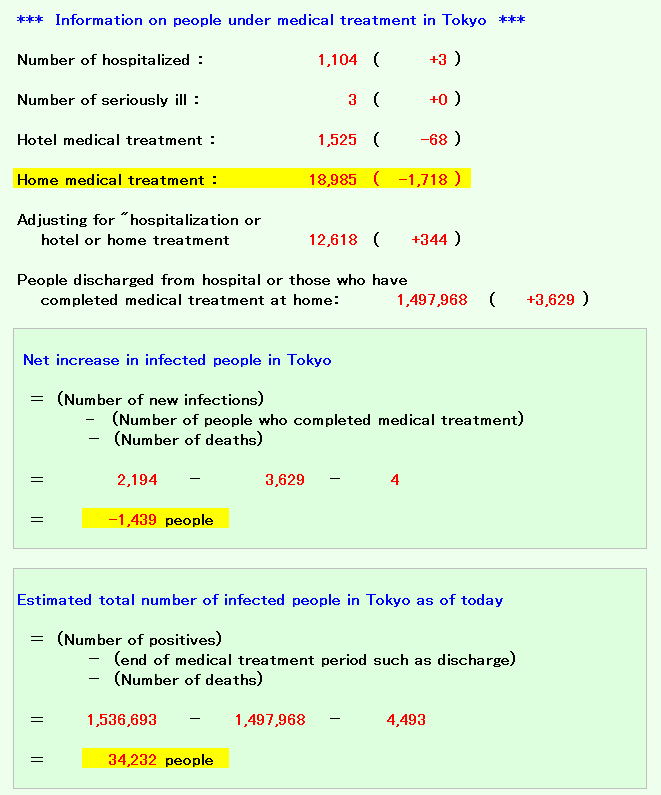 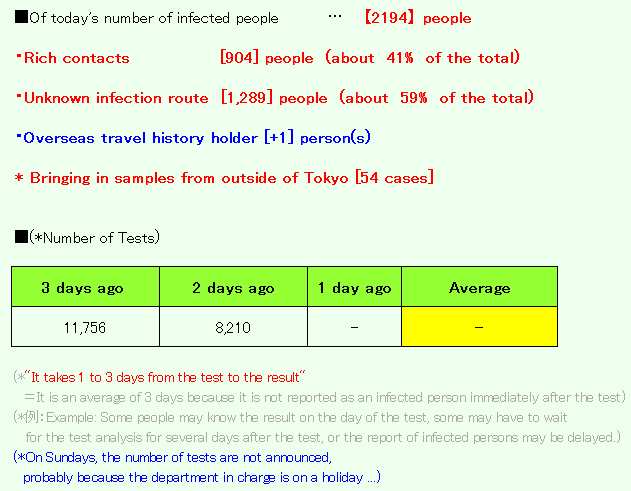 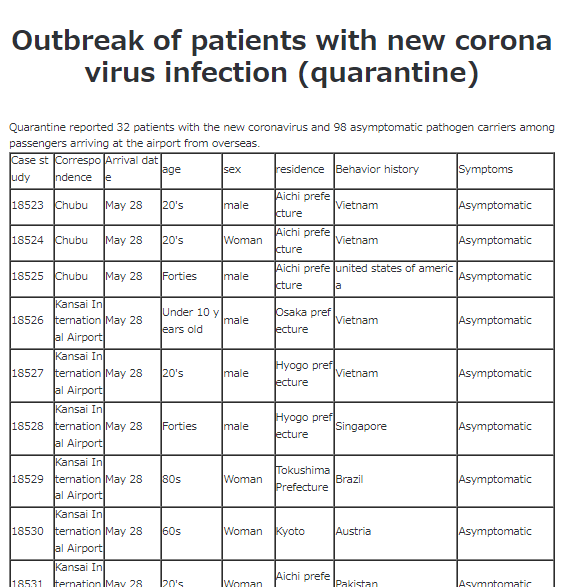 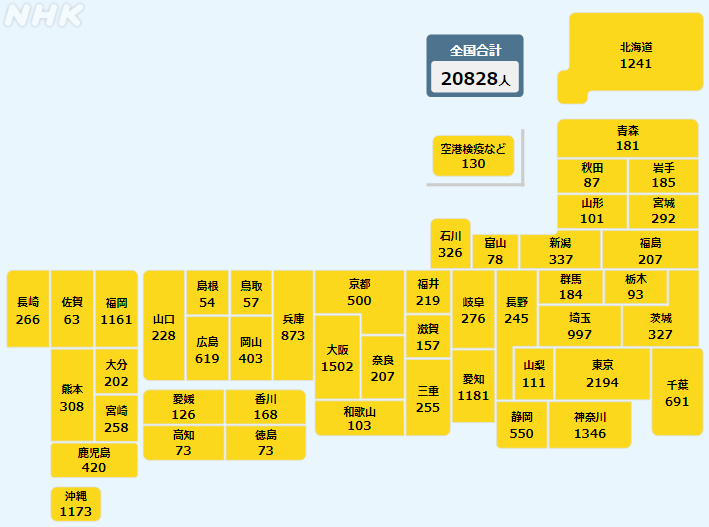 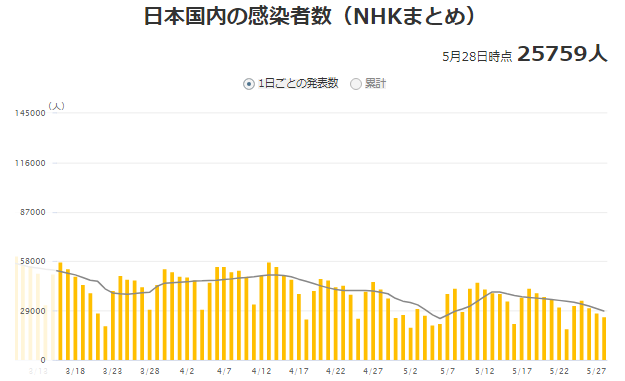 Well… looking at the daily number of infected people in Tokyo, it seems that it is decreasing … 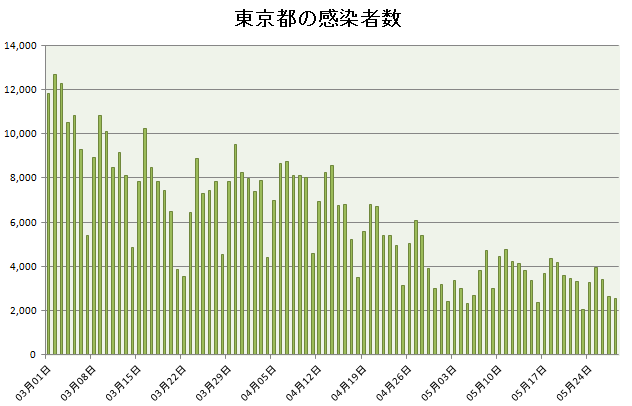 On the other hand, when you look at Japan as a whole, it looks surprisingly flat … ↓

(the number of infected people nationwide) 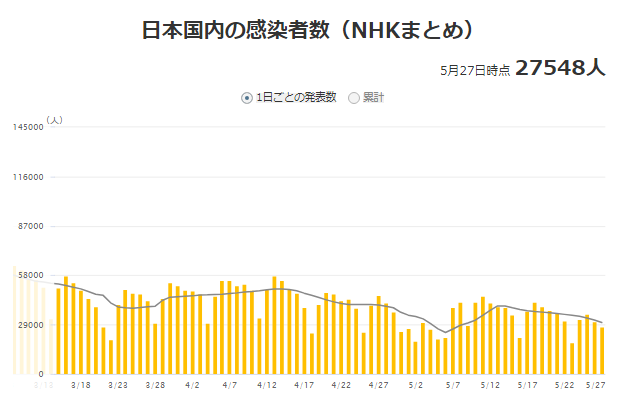 Under such circumstances, the masks are removed and immigration restrictions continue to be relaxed, so it’s hard to say anything …!

By the way, what about Tottori and Shimane, the areas with the lowest number of infected people in Japan … ↓

Is it decreasing a little …? It seems like that!

By the way, the reason why the current Japanese government is sprinting for mitigation is “because it’s less likely to become serious!” …, but…↓

(the number of seriously ill nationwide) 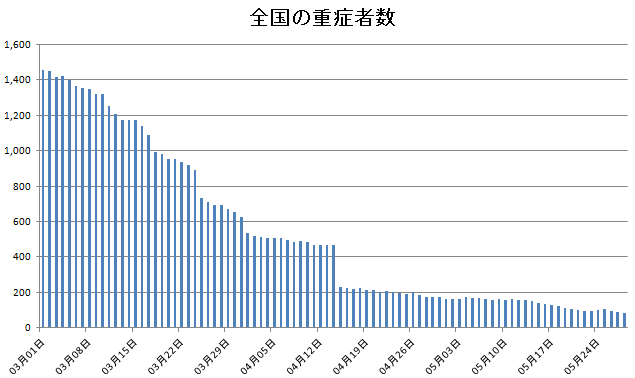 (*On April 15th, Osaka changed the standard drastically, so there is a strange step. nhk)

(the number of death nationwide) 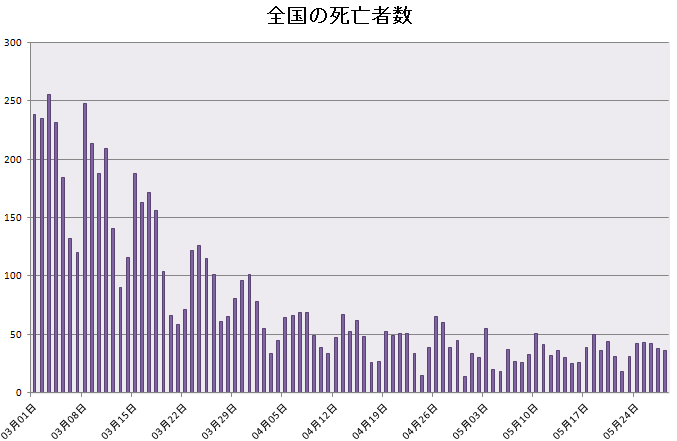 ↑Actually, the number of deaths has remained almost unchanged since April …

What is important about “not becoming seriously ill” is that, in the ultimate sense, “no deaths will occur”, but in a situation where the number of deaths is flat, “the number of seriously ill people has decreased” has no meaning …

By the way, there was also such news!

At the ward library in Adachi-ku, Tokyo, it seems that it is okay to remove the mask if there are no people around! 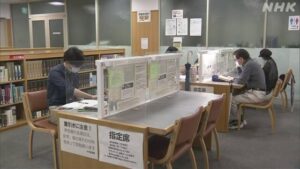 Hmm,
I don’t want to go to that library …
I’m probably the only one who thinks like that… (dry laugh)