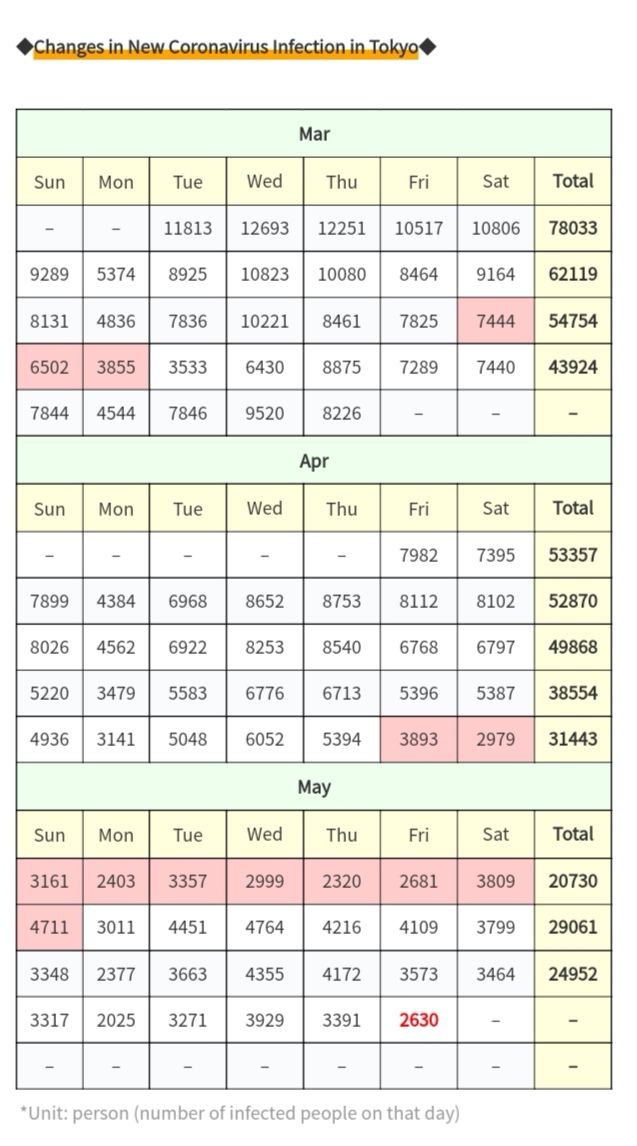 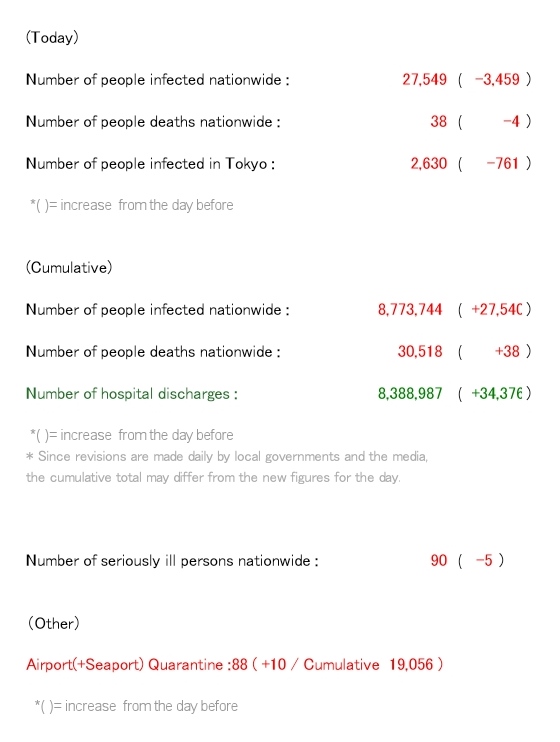 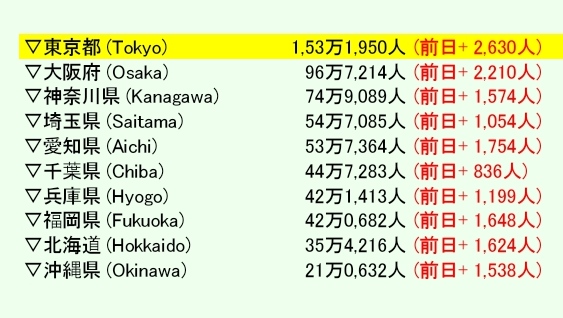 The number of infected people in Tokyo is …
continuing to decline, and yesterday and today it’s nearly 1000 less than last week!

From a global perspective, it seems that the decline has stopped, but I hope Japan will continue to decline as it is! 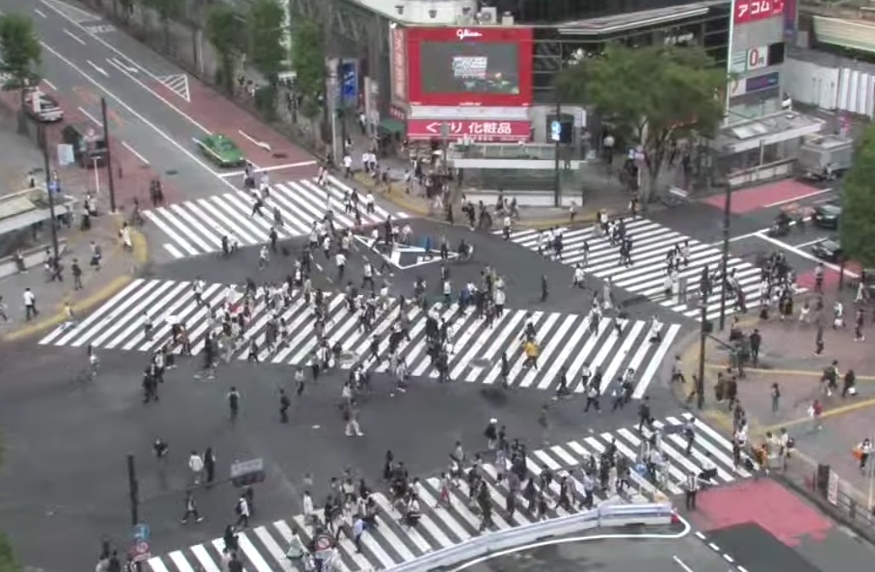 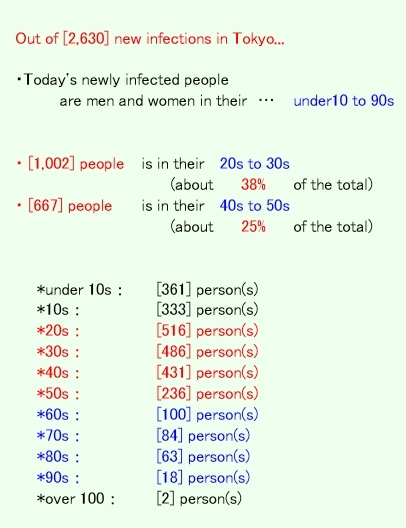 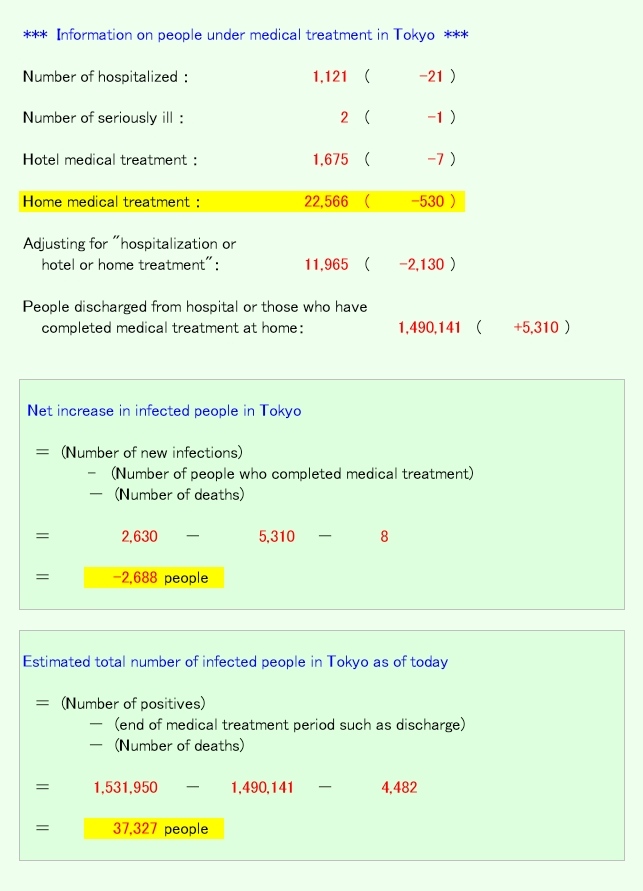 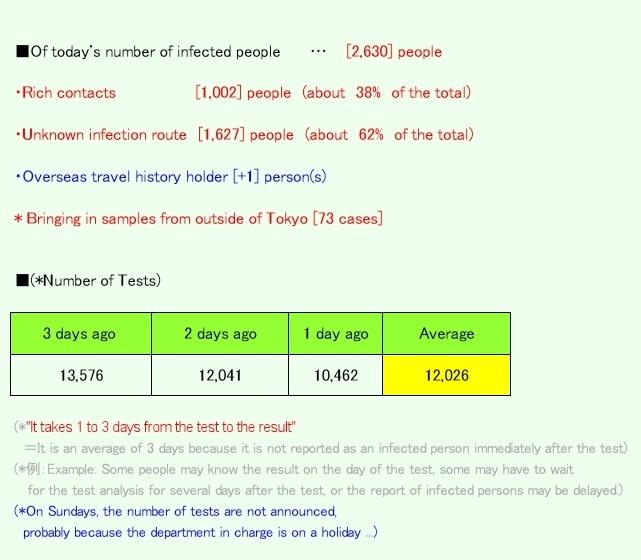 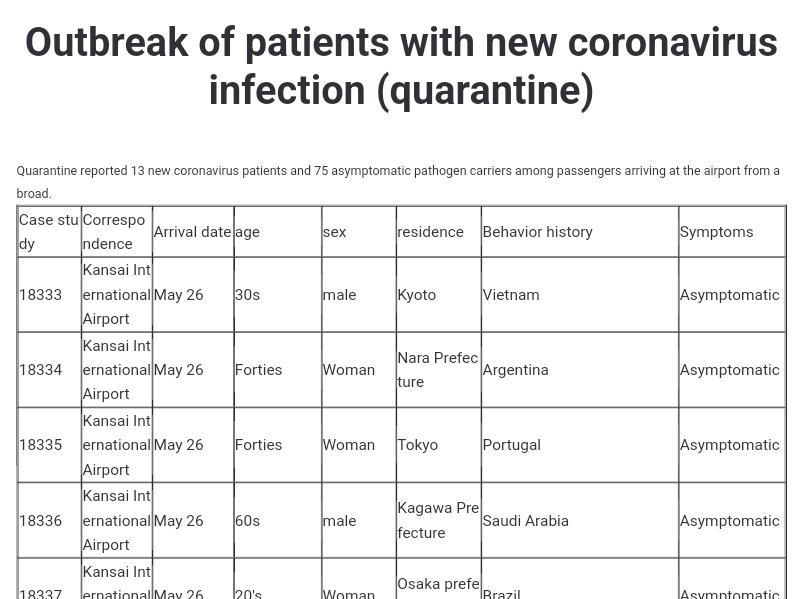 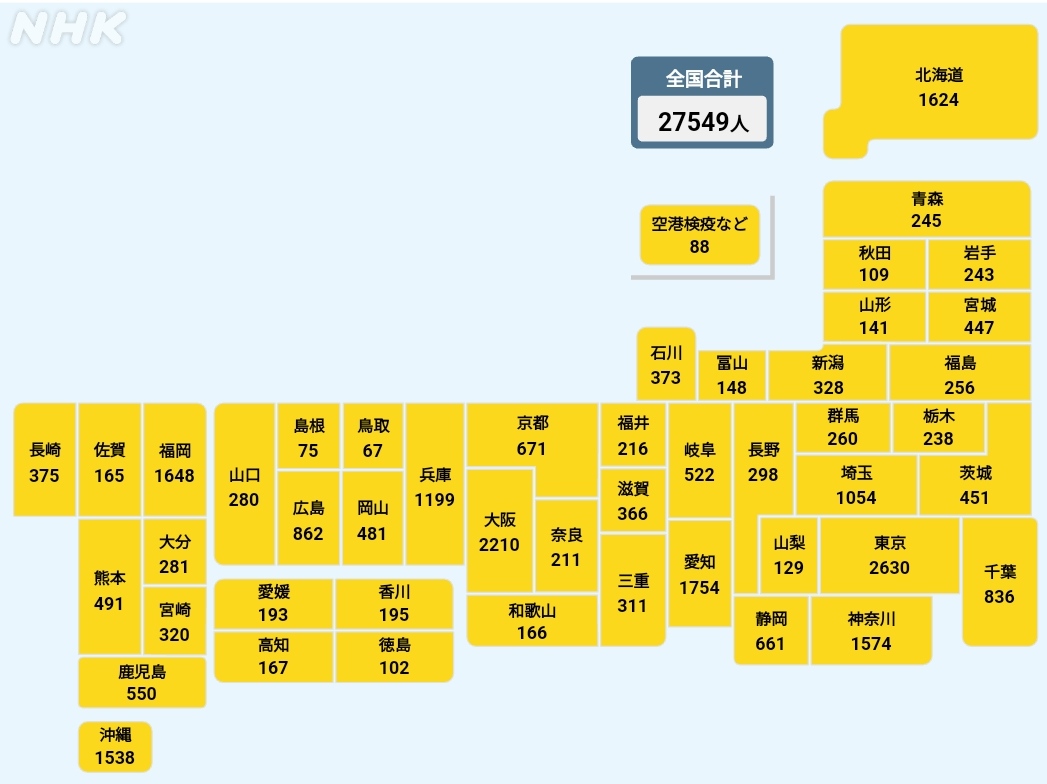 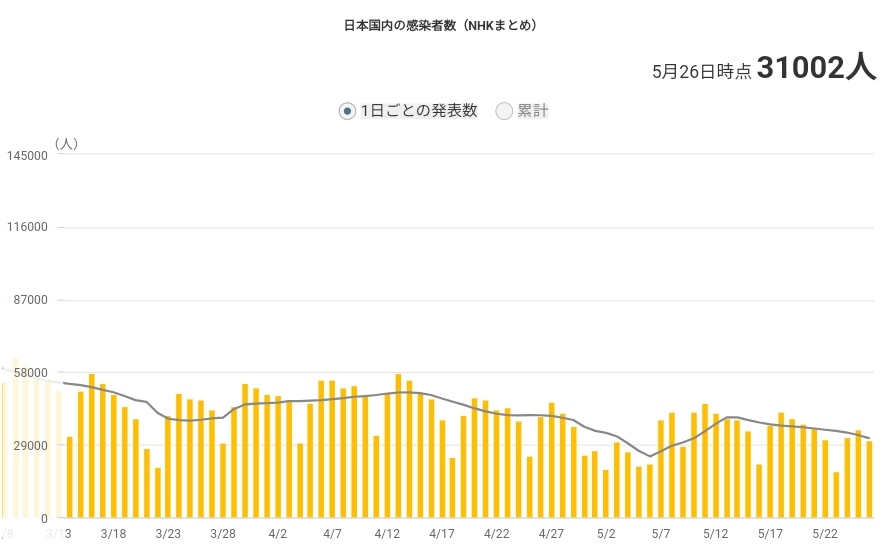 Today I will summarize the current situation.

First of all, the infection situation in the world ↓ 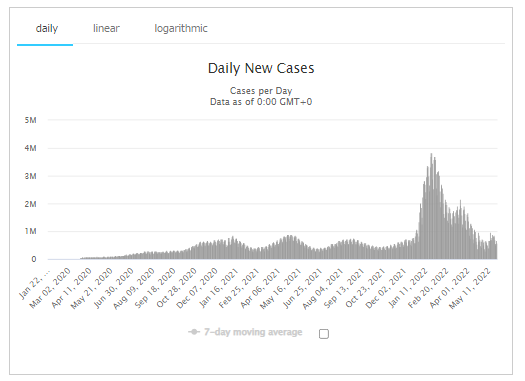 ↑It seems that the number of newly infected people in the world has finally returned to the average level before the 6th wave.
However, although it seems that it is decreasing steadily, it seems that it has stopped falling completely recently (on the far right) … 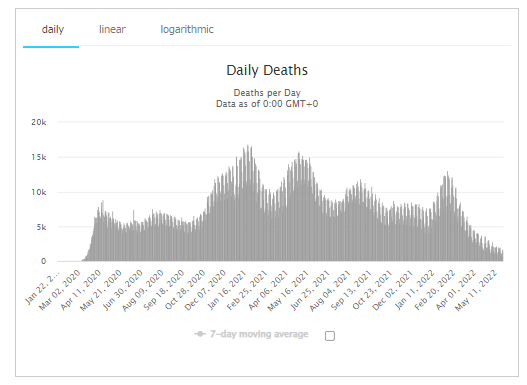 ↑On the other hand, the number of deaths in the world is much lower than even the first wave!
This is THE “thanks to vaccinations and remedies” …!

On the contrary, the infection situation in Japan is …

(Number of infected people in Japan) 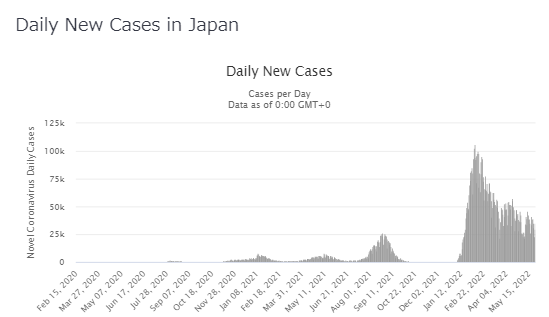 It is completely different from the infection situation in the world, and when you look at the graph of the entire COVID-19 disaster in this way, you will want to say, “Where is the infection calm now?”
It has stopped lowering at a ridiculously high position …

…And the number of deaths in Japan is…

(Number of deaths in Japan) 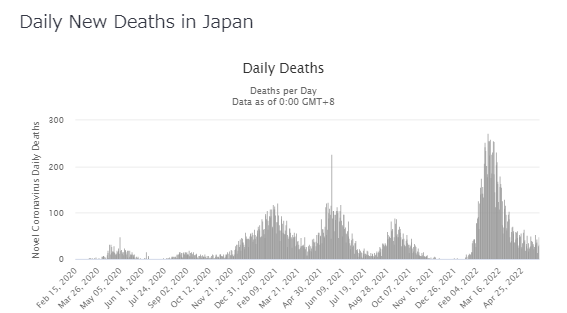 ↑It feels like the number has finally decreased to the peak of the 3rd to 5th waves …
As you can see, this 6th wave has killed more people than ever before.

This is the result of both the Japanese people and the Japanese government acting, “I don’t want to refrain from doing anymore!”
Apparently, we all knew that the number of infected people and other infections were worse than before, but people didn’t take any measures, and it seems that this happened …

Certainly, the severity rate is decreasing.
However, 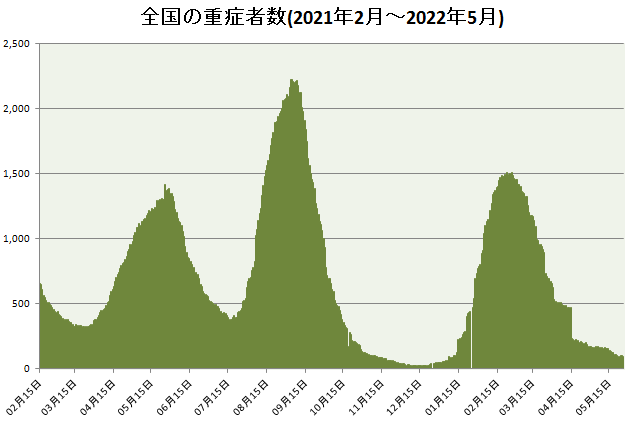 ↑The total number of seriously ill people is almost the same as before, but the number of deaths is much higher than before, but
Japan saw this and said, “COVID-19 is just a cold.”

Looking at this fact alone, it seems that both the Japanese and the Japanese government are saying, “There is no problem with this number of deaths!” 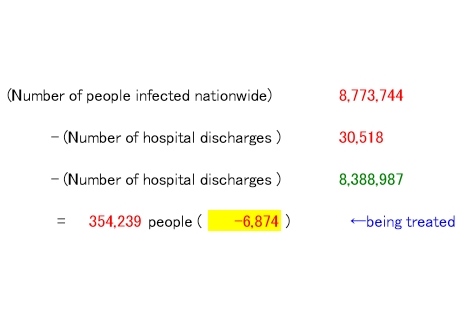 And Japan’s immigration control is becoming more and more relaxed … 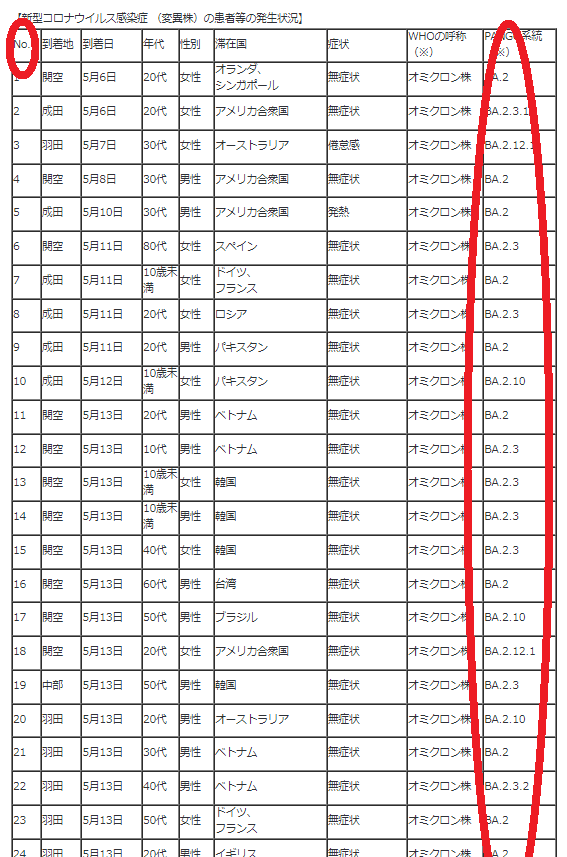 ↑Variants with such a wide variety are flowing in from abroad every day.

Recently, this is announced once or twice a week, but the virus is already coming in with a VIP entry (almost without the check).