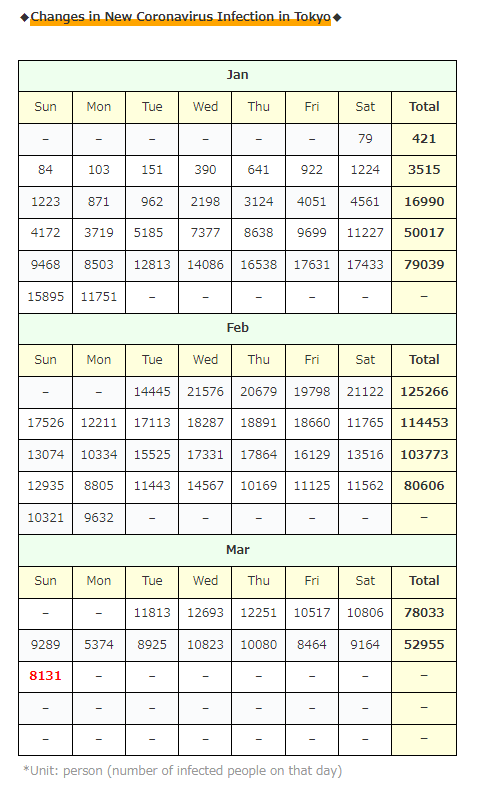 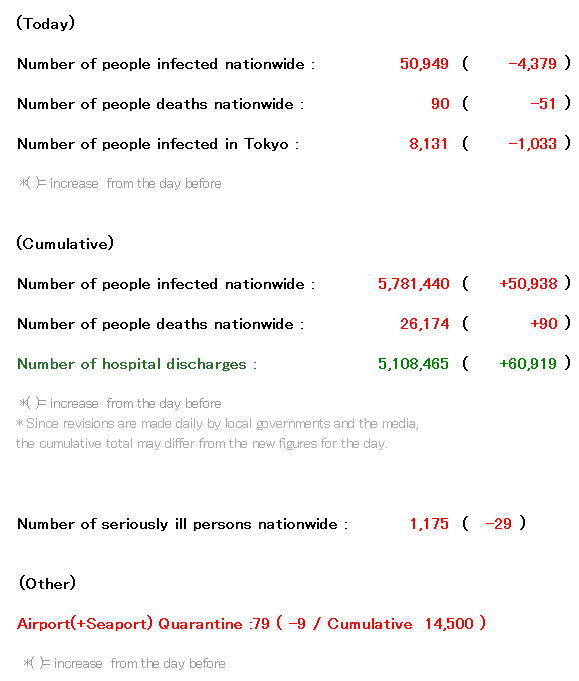 The number of infected people in Tokyo is …
On a Sunday basis, the number of people has decreased by about 1000 for the second consecutive week! 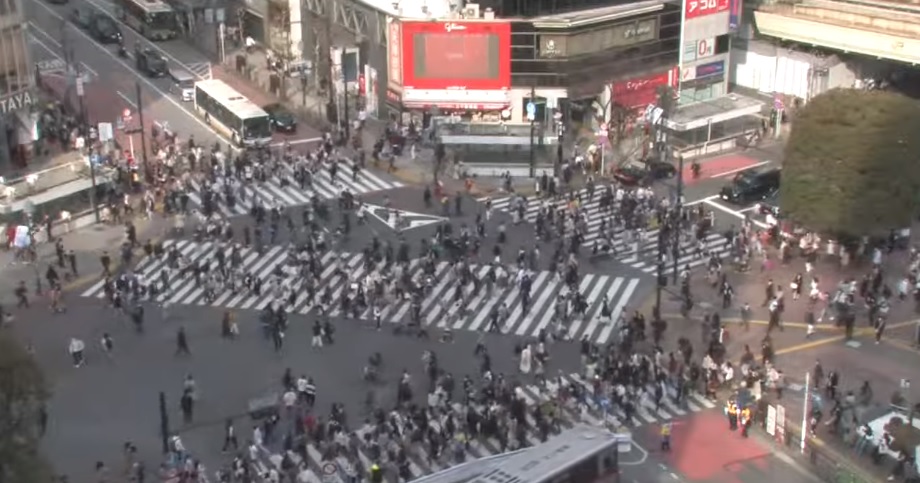 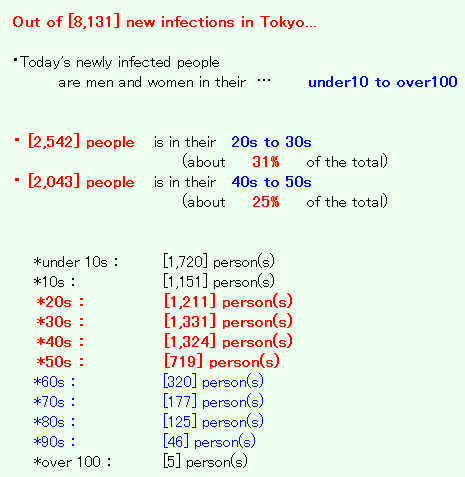 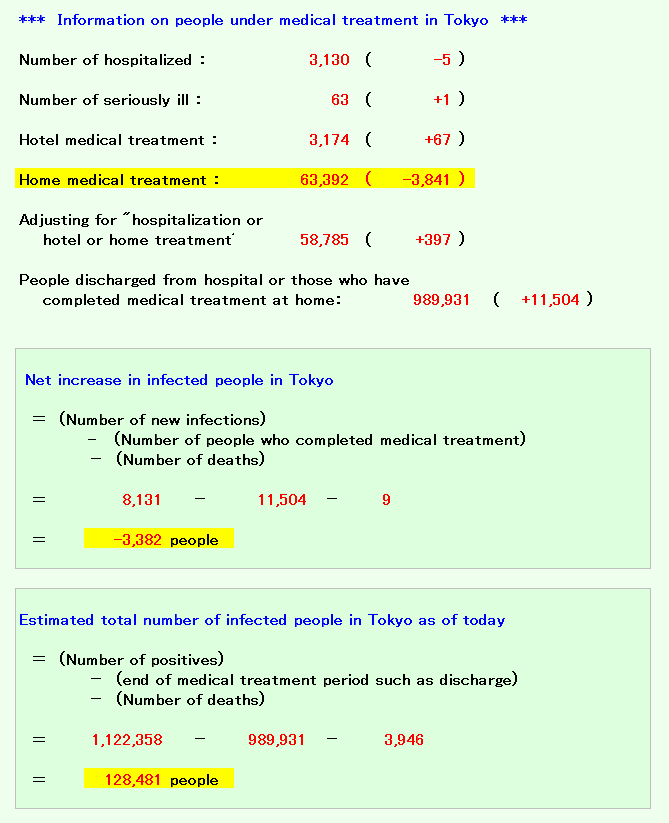 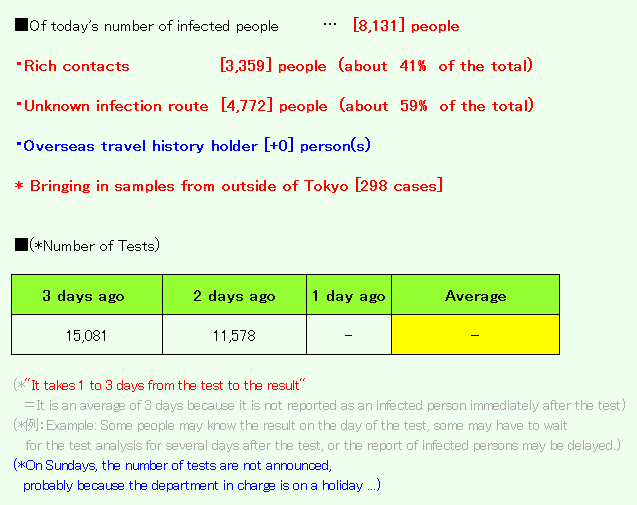 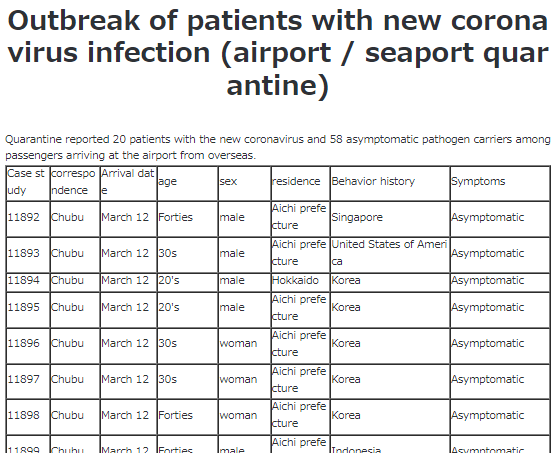 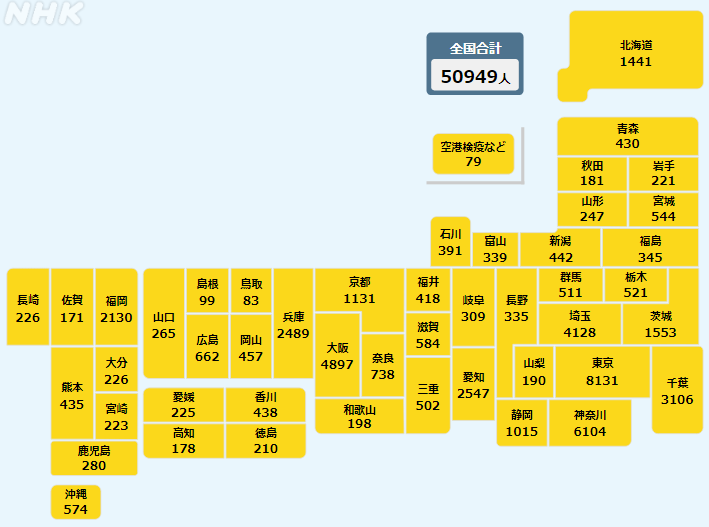 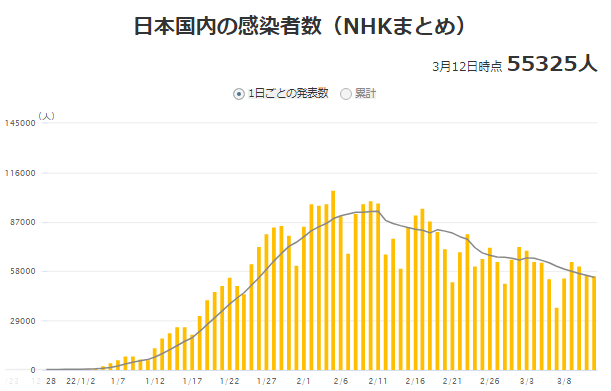 Somehow … It seems that the fourth vaccination is becoming a hot topic in Japan, but …

the Japanese government is still at the stage of saying, “We have to check scientific data,” so it’s not the center of the topic now, but after all, COVID-19, which is the worst version of influenza in the past, seems to require regular vaccination …

＜Rate of increase in recent week＞
(*Comparison with previous week)

It’s often said that “people only see what they want to see” …! but .. I fully understood that!(dry laugh)

In South Korea, the country next to Japan, vaccinated immigrants seem to be exempt from quarantine for 7 days…!

Not only that, it seems that immigrants can use public transportation immediately after entering the country …

Everyone misunderstands, but the reason why vaccinated people are exempt from quarantine was originally “If you vaccinate, you will not get infected = you will not bring the virus from overseas“, right???

Now that it has no meaning other than the effect of preventing the aggravation of Omicron Variant, the quarantine exemption is virtually free to import the virus …