Last week was during the Golden Week holidays, so it’s strange,
(Probably because the number of tests was much less than usual due to consecutive holidays)
but today’s numbers are still higher than they were two weeks ago … 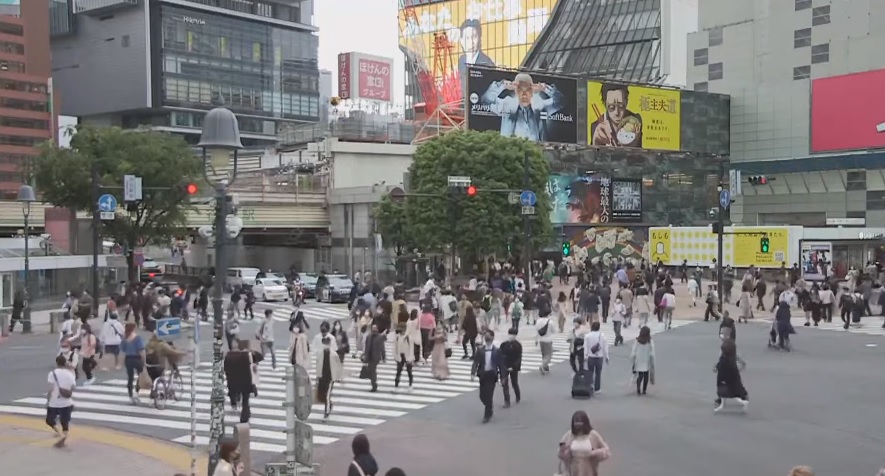 ・ Multiple infections such as drinking parties and BBQ infections have been reported, so it seems that the effects of GW holidays are beginning to appear.

Three passengers arriving at the airport from overseas were reported by quarantine as patients with the new coronavirus.

*It seems that 55 people died today, the highest number ever …

*Among the infected people counted today, there are [12] cluster relationships, including the above… (Other than the above, add 1 or less each) 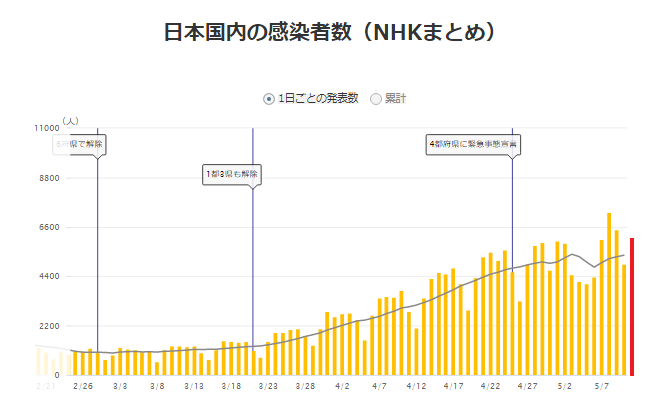 If you open the news site every day, “The number of infected people in India is more than 400,000 today!”, And even in the quarantine at the airport, “There are many immigrants from India today!”, as such, there is a great deal of news related to India in Japan these days.

By the way, the current infection situation in India looks like this …! ↓ 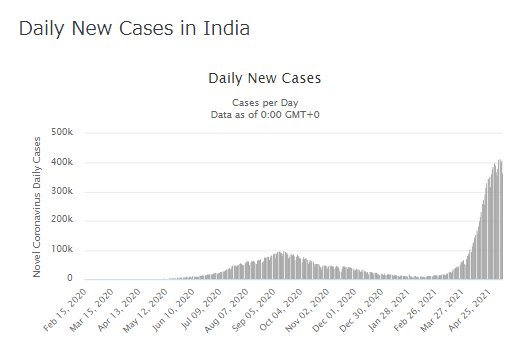 The wave on the ← side (around August last year) was reported every day that “India’s number of infected people per day has reached about 80,000, which is the highest in the world!”, but

Looking at the graph, the number of infected people these days is so huge that it cannot be compared with that time …

In the world, the infection situation is still serious like that …

Even in Japan, the situation is getting worse, and it seems that many local governments are applying to the government for the application of “priority measures such as prevention of spread” …!

By the way, the government seems to say, “I would like to see the effects of the measures already implemented by each local government and take appropriate measures.”…

Rather … It is better to determine whether “priority measures such as prevention of spread” are meaningful.

It seems that it will be installed at the “Urawa Joint Government Building in Saitama Prefecture” from June 1st to the end of July.

If the municipality uses a large venue, I think people could get more vaccinations …

In terms of vaccination, in Oita City, Oita Prefecture …

It seems that vaccination reservation acceptance started yesterday (May 10), but since there are times when the distribution amount and schedule of vaccines are not shown, it seems that some hospitals ask the person who made the reservation to draw a lottery to decide the order …

It seems that each local government and each hospital is thinking about various things, but it’s really strange why the Japanese government does not uniformly decide the order and rules of vaccination …

Some have a telephone reservation system on a first-come, first-served basis, while others have a lottery …

The government office will hand out the vaccination ticket, and the person who is handed out will make a reservation call

↑Why not that way ?! Is it so annoying for you(government)?!

Finally … I won’t summarize it here, but there was a conspiracy theory for the first time in a while! lol

If you are interested, please see the link above!

Well, I don’t care about conspiracy theory (lol), but…

Anyway, I hope this week will end without the infection spreading too much …!

It seems that thousands of people gathered for a large no-mask party on May 1st in Belgium …! 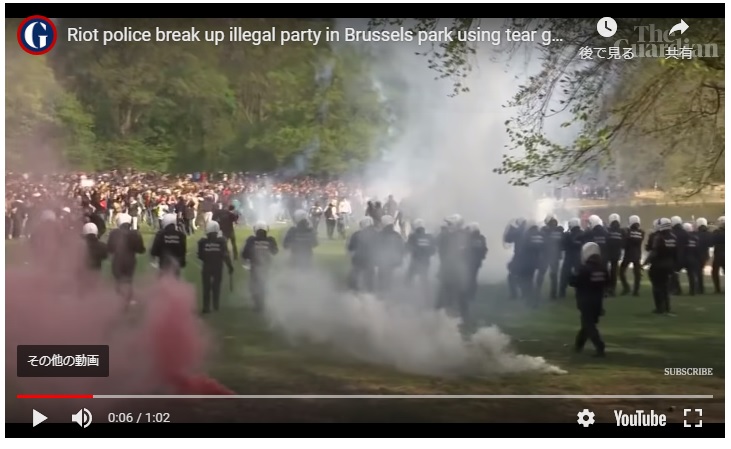 They didn’t follow the police’s instructions to “dissolve”, so the police used tear gas and water cannons …

This “no mask, large-scale party without self-restraint” is similar to the Japanese 「GW BBQ party, the crowds in the city」 …

The Japanese police and government seem to be kind … (dry laugh)