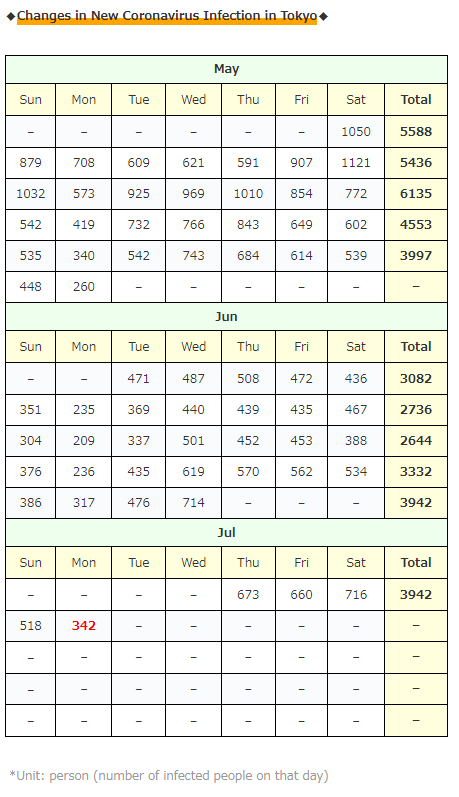 Still, there are more than 300 people, and more than last week … 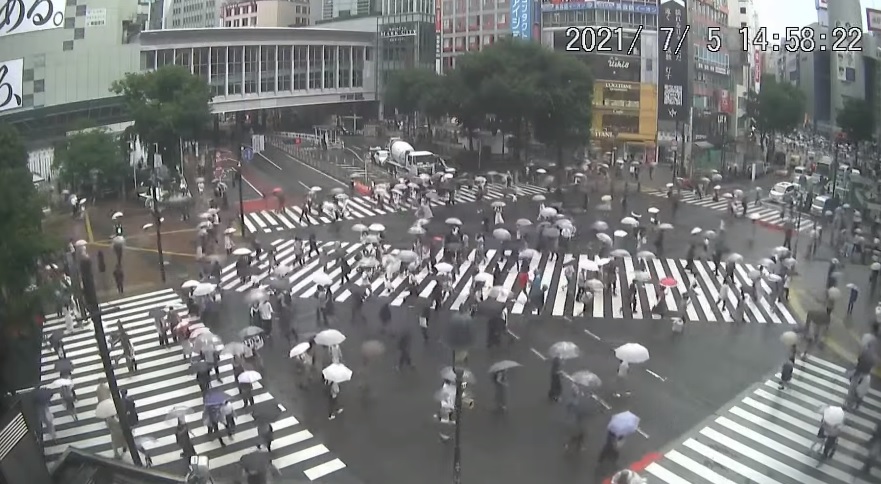 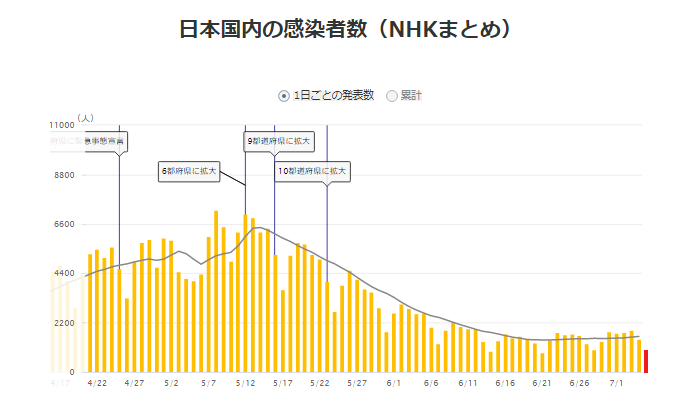 It seems that Britain, which is supposed to continue to spread the infection, has made a surprising decision …!

“On July 19th, most of the restrictions on the spread of COVID-19 will be lifted.”

…… It seems that all legal obligations such as wearing a mask, submitting contact information at restaurants, and securing a 1m social distance will be eliminated!

What …?
The infection situation in the UK is like this now … ↓

(Number of infected people in the UK) 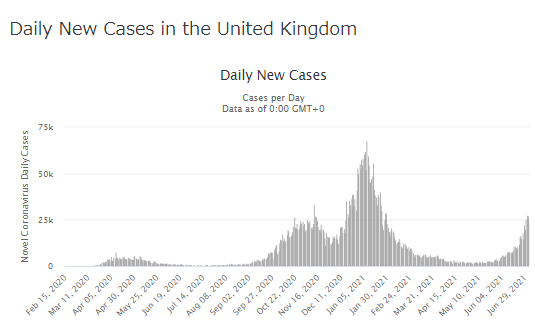 ↑Recently, the infection has spread very much, but …

Still, the restrictions will be lifted …?

(Number of deaths due to COVID-19 in the UK) 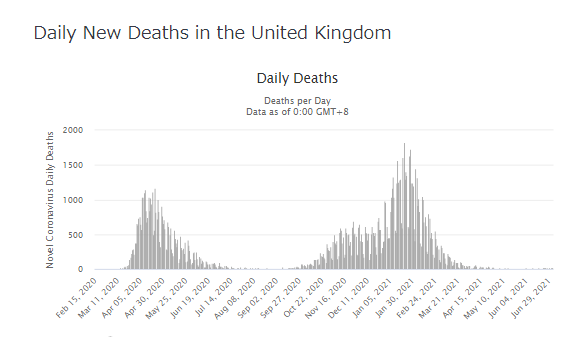 …… It was such a British deregulation report!

And although the topic changes, I found such surprising news on this weekend!

Regarding the new coronavirus (COVID-19), It was announced that a Chinese researcher had deleted information on an initial sample of a virus confirmed in China that had been submitted to and stored at the National Institutes of Health (NIH) from the database at the request of a Chinese researcher.

Although it was submitted in March 2020, it seems that a request for deletion was issued in June 2020 …

The reason for withdrawal is as follows.

“I will update the information and submit it to another database, so please delete it so as not to be confused.”

… Actually, it seems that “the data submitter has the right to the data, so it can be deleted”….

There are two additional pieces of information.

However, (from an amateur’s point of view, but) as it is said that “Indian strain, British strain, etc.”, it seems that the place of origin can be traced from the gene sequence of the virus, so I think that the origin can be understood to some extent from the data …

The Chinese researcher who submitted virus data to the United States may have thought as follows. (dry laugh)

“Yeah …! I found a new virus!
Submit as the first discoverer and gain fame! “

“It’s been a bad thing, the infection is more global than I expected.
It’s going to be a big deal … “

Hmmm…, COVID-19 that started from there …

Tottori is famous for its superb prefecture, which has the fewest number of infected people in Japan, but recently the infection has rebounded a little … 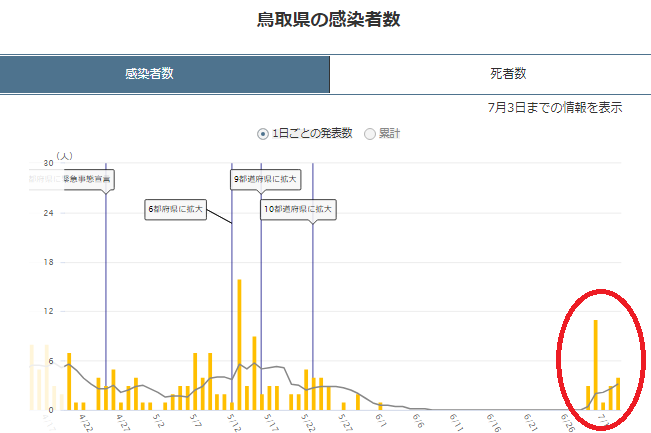 ↑↑ However, most days there are still only a few infected people … lol 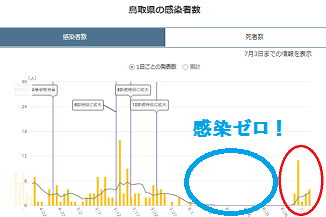 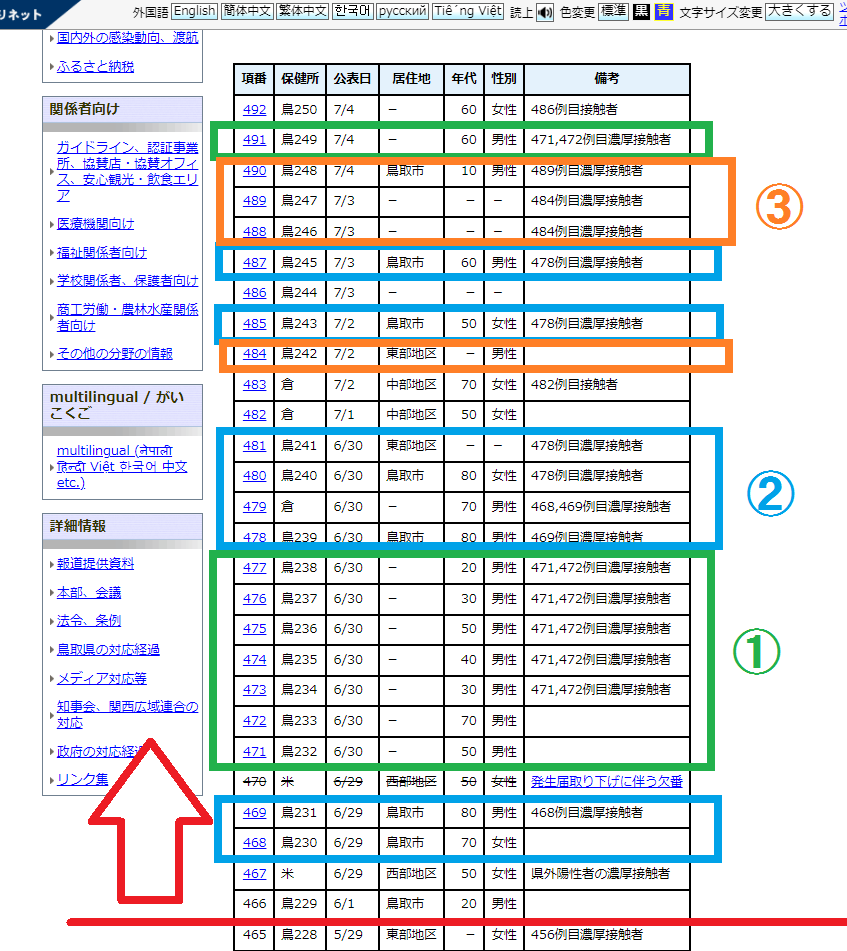 ↑(It’s a little hard to see, but) The three main infection groups are color-coded, but you can see that most of them are the results of searching for close contacts.

(In fact, it’s strange to think calmly that it happens so often “at the same time” for the first time in a month, so it is possible that there will be some contact between groups and people outside the group …)

It’s been a year and a half since the COVID-19 disaster started, and even if the population is small, Tottori has been suppressing the spread of infection so far, so I’m sure it will end again this time!

However, Why is it only tottori…?
Is the research ability of close contact excellent?