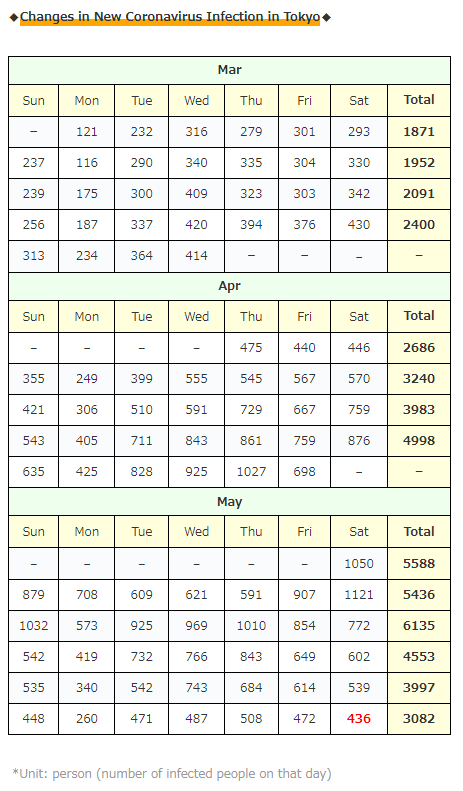 Also today, the number of new infections in Tokyo was lower than on the same day of the week last week! 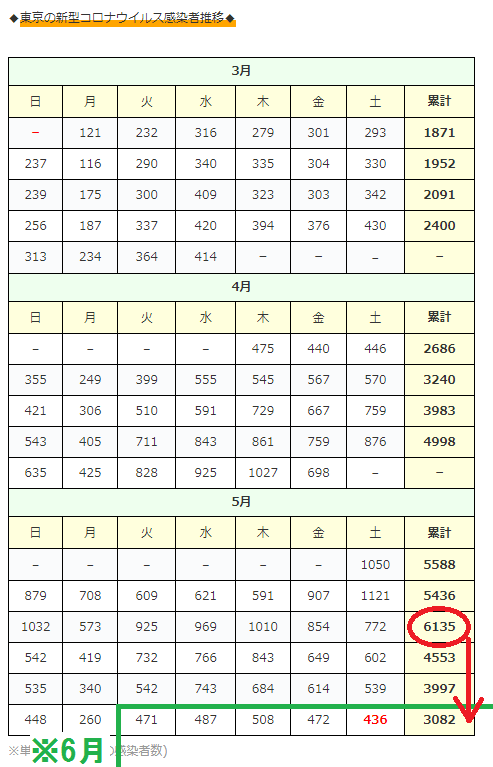 It’s been a decrease for 3 consecutive weeks, and the rate of decrease is larger than last week! 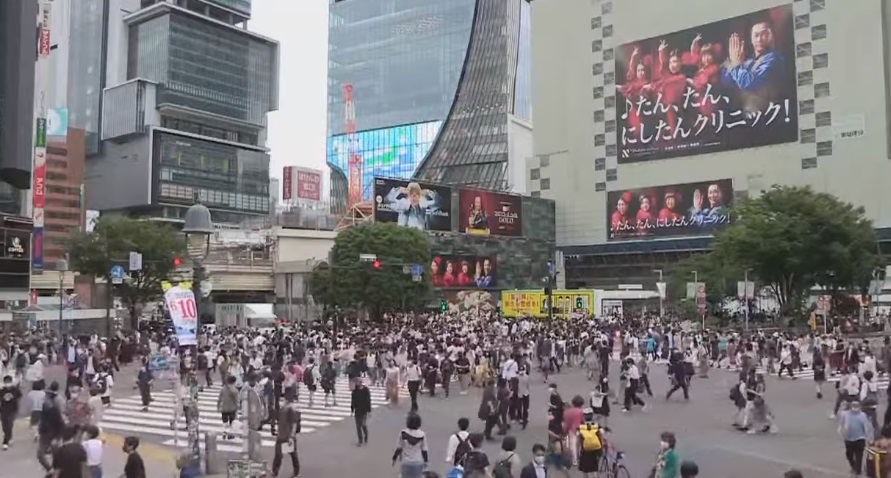 *Among the infected people counted today, there are [30] cluster relationships, including the above… (Other than the above, add 3 or less each) 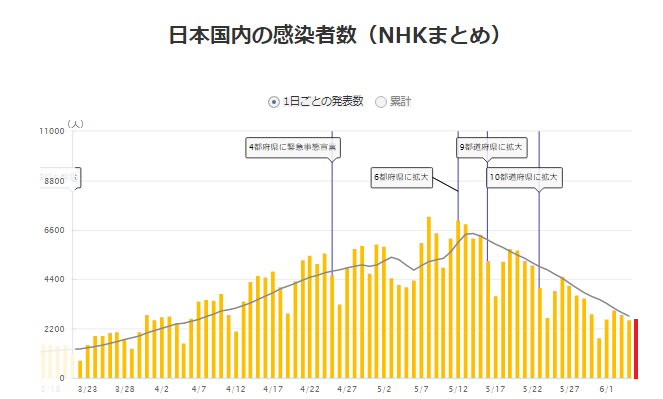 ↑ I was wondering if the topic would start to come out soon, but there was related news as well!

It seems that Gunma, Ishikawa, and Kumamoto will be canceled on the 13th among the areas subject to priority measures such as spread prevention!

↑ Looking at the graph alone, I’m still a little worried, but I think it’s like, “(Given the immediate economy) I want to release it!” …

By the way, here is the infection status of each prefecture yesterday … ↓

↑ There were 3 areas where the number of infected people was 0!

Especially, “Tottori(=鳥取), the prefecture with the fewest number of infected people in Japan” is truly!

And although the topic changes, it seems that vaccine support from Japan to Taiwan has become a hot topic in Taiwan as well!

It seems that it has been widely reported in Taiwan! 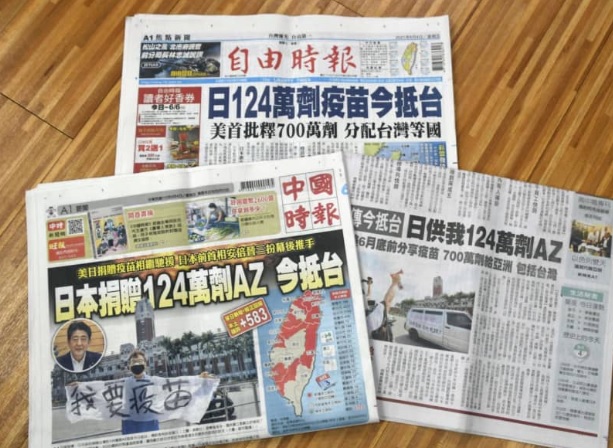 Taiwan and Japan are really good friends and I love them!

(*This is a reaction to Japan’s provision of AstraZeneca vaccine to Taiwan for about 1.24 million doses!)

And again, the topic changes, but it seems that Chairman Omi of the government subcommittee will propose an independent analysis of the risk of infection in hosting the Olympics, regardless of the government!

Apparently, it’s not a “complaint about holding”, but a “proposal of measures to control the spread of infection during the holding on the premise of holding”.

Regarding that, the government says that it is “announcement of the voluntary research results of Chairman Omi”, and it seems that measures against infectious diseases at the Olympic Games will be decided at a coordinating meeting with the Tokyo Metropolitan Government and the Organizing Committee, but of course I think that it can not be ignored, so I’m looking forward to the content …!
(*Minister of Health, Labor and Welfare Tamura also said, “I will take in opinions if it helps.”)

However, I don’t think it’s possible except to hold an unattended audience …

The rest is how to prevent the general public from gathering in izakaya or open spaces etc…!

It seems that Japan has been added to the “List of countries allowed to travel” in the EU etc.,

but on the other hand, it seems that the first variant virus found in Japan has been found in men in their 50s who returned from North Africa,

so we really want the government to ban overseas travel, including Japanese people …!

I would like the government to put up with it for a few more months and travel abroad after the infectious disease has ended in Japan thanks to the vaccine …!

There was talk of Israel, the most vaccinated country in the world, also today!!

Recently, in Israel, the number of infected people per day is in the 10s in the whole country …!

And almost all regulations have been lifted except for wearing masks indoors …!

I wonder when such a day will come in Japan …

It all depends on accelerating vaccination!