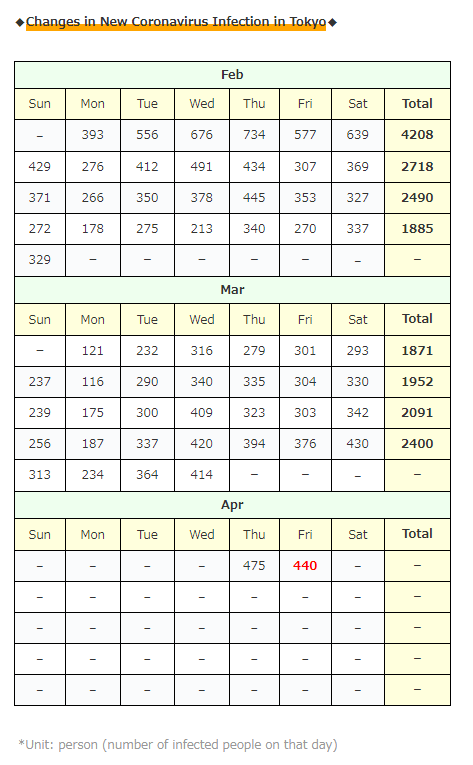 I was relieved that the number of newly infected people in Tokyo did not exceed 500, but after all it was considerably higher than last week 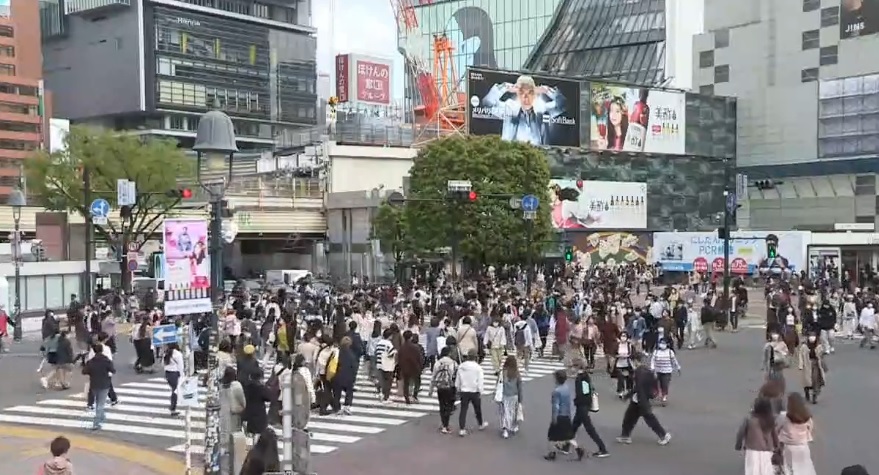 ・It seems that [2] people have died in Tokyo today … 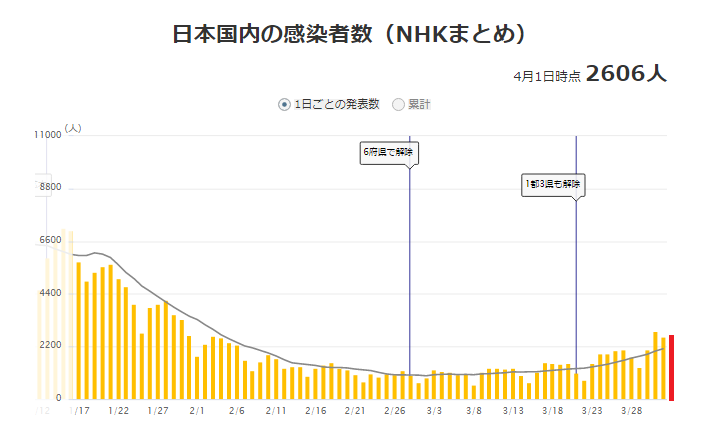 Yesterday, April 1st, it was decided that the “priority measures such as prevention of spread” will be applied to “Osaka, Hyogo, Miyagi” where the infection is spreading rapidly for the first time in Japan!

＜Application of “priority measures such as prevention of spread”＞
(* April 1, 2021)

・Target ― Osaka, Hyogo, Miyagi
・Period － April 5th to May 5th
・Specific measures
①Request to shorten business hours → Until 20:00
②Look around to see if infectious disease countermeasures are being taken
（* Acrylic board installation, etc.）
③Request to refrain from using karaoke equipment
④Shortening business hours “Request” can be changed to “Order”
⑤If you violate (④), you will be fined.

By the way, the specific target areas in each prefecture are as follows.

After all, there are no new measures, and the government seems to think that it can be managed only by “requesting to shorten the business hours of restaurants (can be ordered)”. 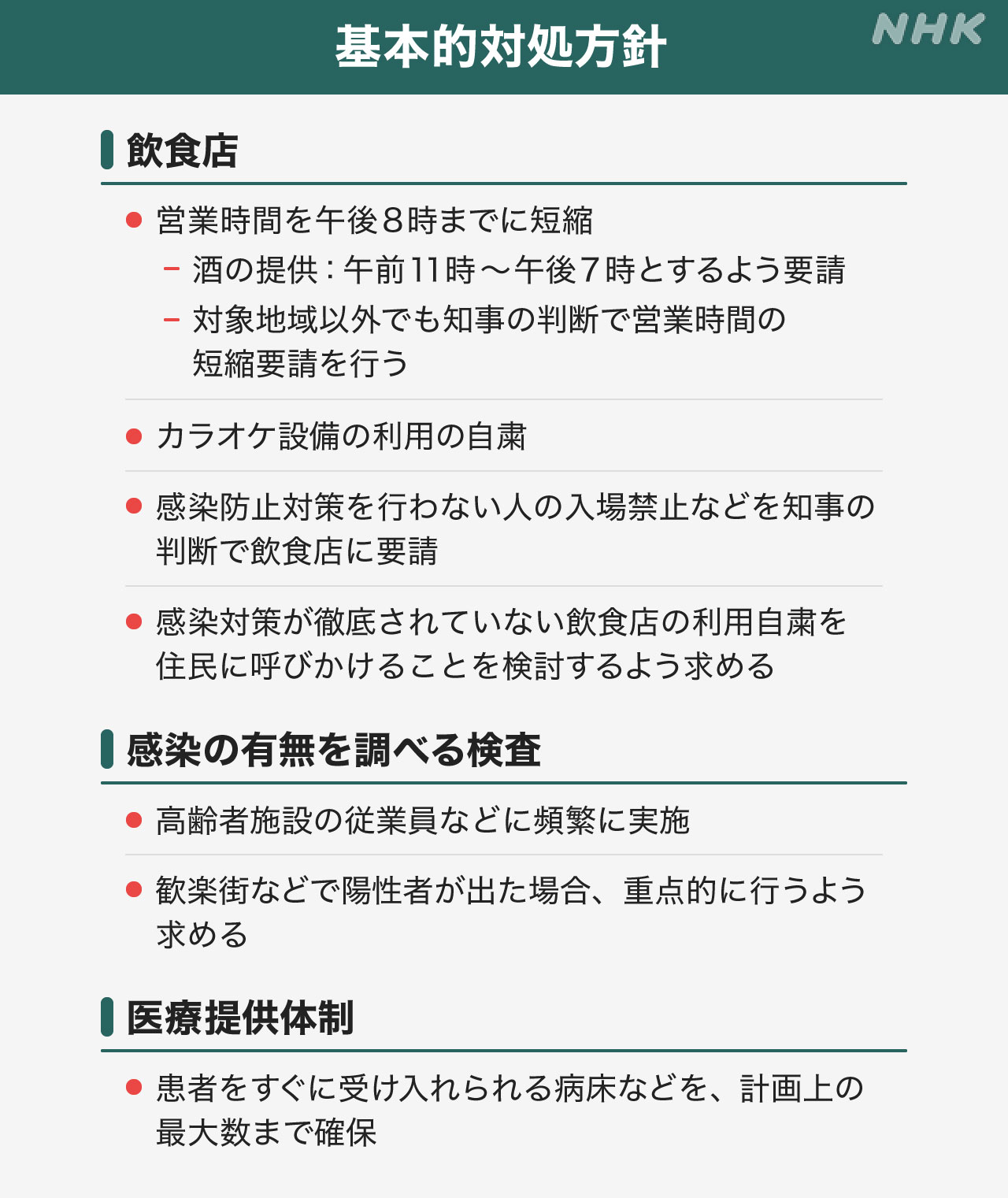 Somehow … You can expect the following flow like the time of the third wave of infection explosion during the year-end and New Year holidays, right?

①The event season from the end of March to the beginning of April ends
②People’s movements calm down a little
③As a result, the number of infected people will settle down a little.
④The government and local governments misunderstand that it is the result of measures.

And will the spread of the infection settle down in about a month?

In June, the infection gradually spread like last year …?

… But if I don’t put it all together and share the information with you, there’s nothing to end …

So I will continue to do my best! Lol

There seems to be a slight change in the cooperation fee for the request to shorten the business hours!

The government seems to have decided to change the amount of cooperation money depending on the size of the restaurant!

There were problems with “too much” and “too little”, so this is a good thing!

Specific cooperation funds are categorized according to annual sales.

* For suppliers of foodstuffs and hand towels, the following will be compensated if sales are halved.
Maximum monthly (individual) 100,000 yen ~ (corporate) 200,000 yen

I think the government is thinking about annual sales, probably for the following reasons …

To avoid complaining, “I could have made so much profit when I was in business!”

Or “to simplify the calculation method to be paid”

But somehow I feel like there are other ways to do it …
(For example, if you think about the “minimum required”, I think it’s better to calculate with costs such as rent …)

By the way, in Osaka,

it seems that they are thinking about making it mandatory to wear a mask when eating and drinking at restaurants …!

At first glance, it may seem like a ridiculous policy, but it’s sad that Japanese people have to do that far, or that everyone can’t stop going out for a drink …

On the other hand, Chairman Omi of the government subcommittee still…

…attaches great importance to “calling” and “public relations” as shown below.

“Unless the general public knows that the local government and the national government are doing better than ever before, everyone will not try to take measures against COVID-19.  It’s important to be sharp, not to say that everything is useless.”

However, no one (unfortunately) cares about the government’s call through TVCM and Youtube ads from the beginning …

If possible, rather than spending money on such a place, I think it would be quite different just to take one proper measure / regulation …, right?

It’s been a slightly negative summary day, but I realize that it’s really difficult for everyone to put up with playing and drinking for a while …! (Cry)

And last but not least …

Good news for parents with children under the age of 20!

Pfizer vaccines seem to be safe and effective for children aged 12 to 15 years!

It seems that the results of clinical trials have come out!

It seems that the vaccine will reach the elderly around June, but conversely, the general public in the working generation will remain ignored until then …

I hope everyone can work together to control the infection …!

Well, if you look overseas …

It’s the third lockdown in France …!

The period is at least one month from April 3rd … 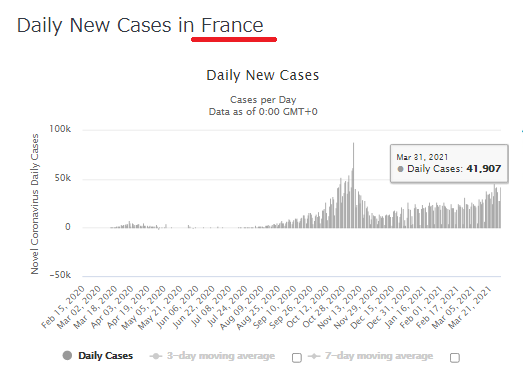 Should Japan also take some measures…?