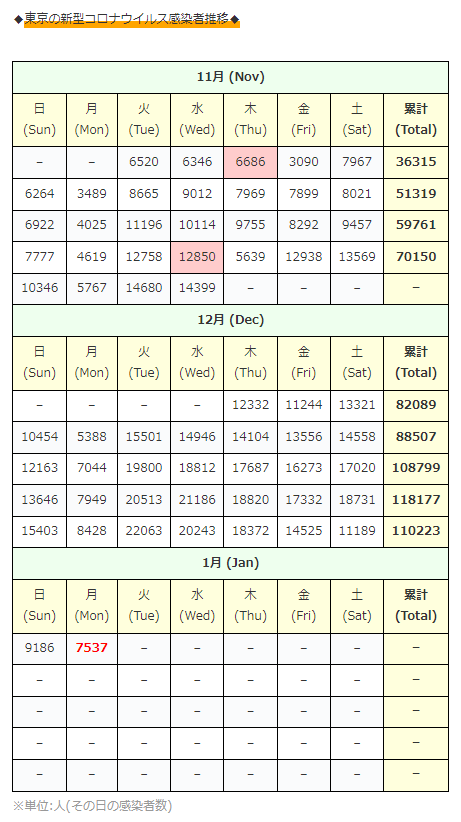 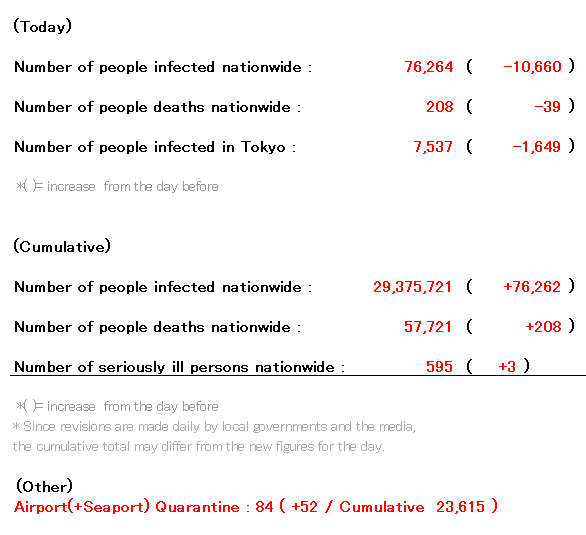 The number of infected people in Tokyo is…
Due to the fact that medical institutions are not open, the numbers are quite low today. 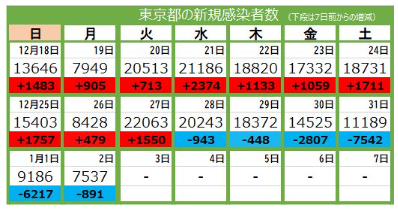 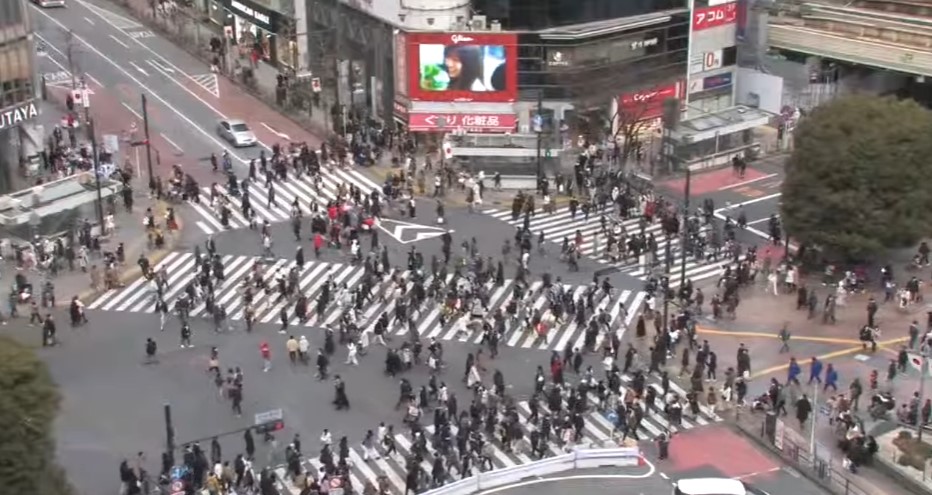 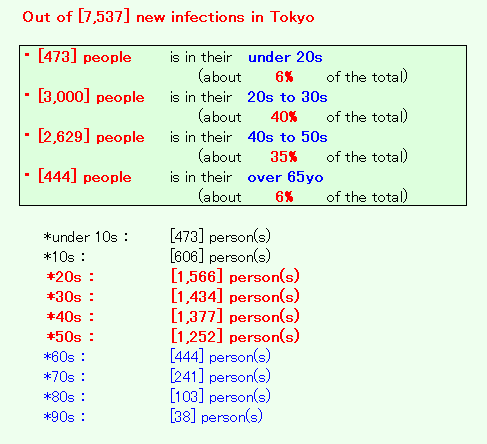 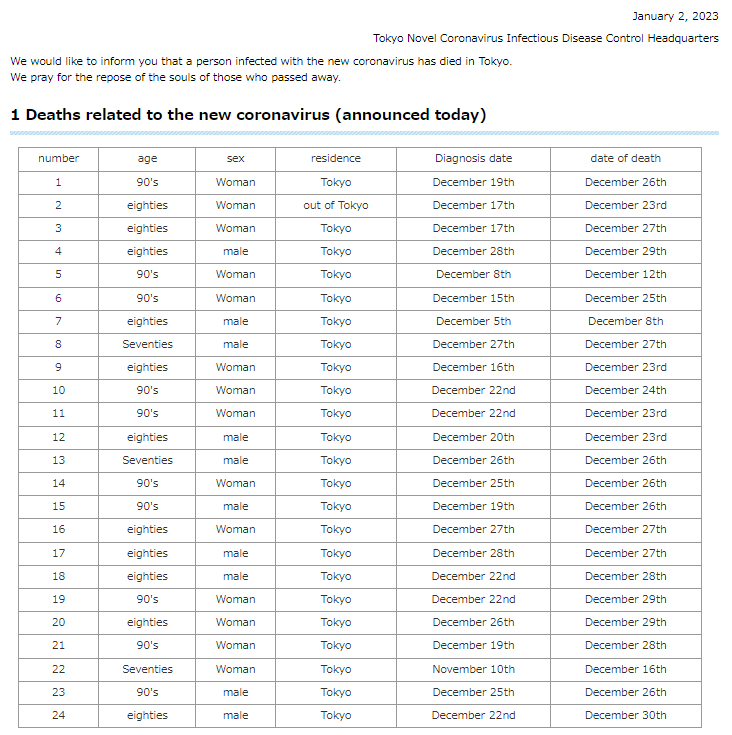 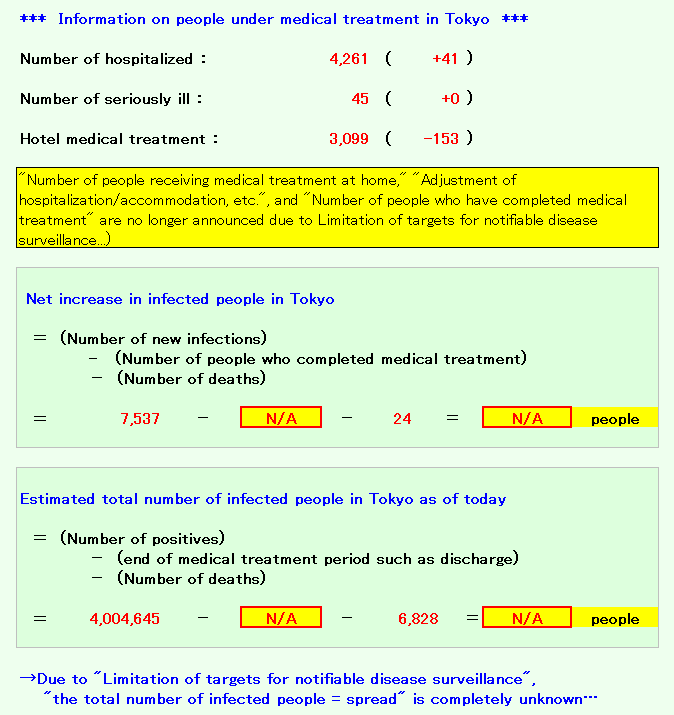 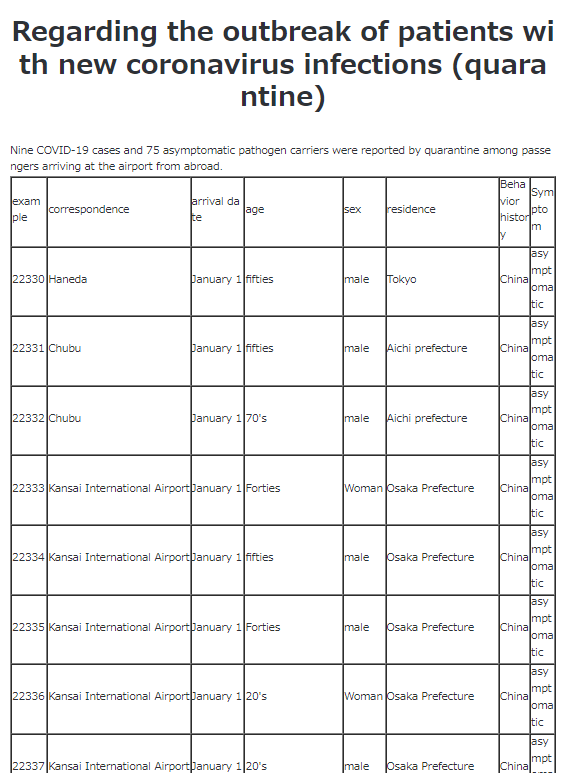 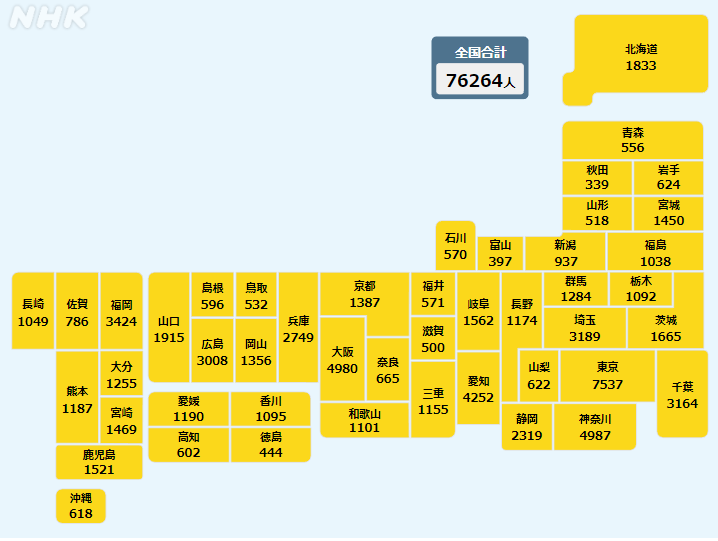 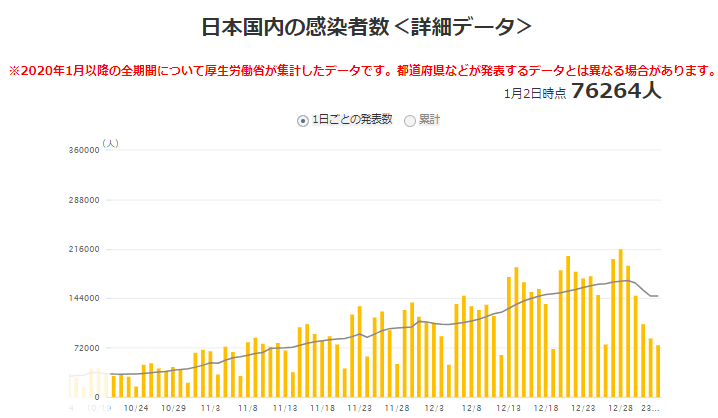 I’m sorry to talk about this personally, but I love how few people are on the trains during the New Year holidays! lol

But… this year seems to be more than usual year…

There weren’t that many people on December 31st and January 1st, but today, on January 2nd, some shops have started selling their New Year’s sales, so the number has increased somewhat!
In addition, the number of foreigners in Tokyo has increased here and there!

By the way, it seems that the number of people entering the country from China, where a super explosion of infections is currently occurring, is increasing.

For the time being, the Japanese government seems to be conducting a test at the airport when entering the country from December 30th for those who have been in China within 7 days.
The test results are expected to be available in about an hour.

…Well, however, in the first place, it’s just strange that until now, “immigrants don’t need to be inspected” … (dry laugh)

However, if the infection has exploded so far in Japan, it would rather be a punishment game to enter Japan…
I even think like that… (self-torture)

In China, it is said that the spread of infection will reach its peak at the end of the year.

An expert of the Chinese Center for Disease Control and Prevention, which is responsible for the country’s infectious disease control, seems to have analyzed that, and it seems that the peak has already passed in Beijing and Tianjin.

I can’t say anything until a week or two has passed, so I’ll wait and see…

And as many of you may know, …

China has shifted from a “zero corona policy” to a transcendent relaxation, so from January 8th, quarantine measures for people entering China will be abolished. .

However, it is said that a negative certificate within 48 hours of leaving the country for China is still required.

And it seems that the ban on overseas travel(?) for Chinese people, which has been banned in principle so far, will be lifted from the same January 8th.

I’m wondering, “Did they really ban it?”, but the Lunar New Year (Chinese New Year) will be around the end of January or early February, and it looks like the number of Chinese tourists in Japan will increase…!

The Indian government has strengthened border control measures, such as requiring the presentation of a negative certificate not only from China, which is currently experiencing a huge outbreak of infections, but also from six regions, including Japan, from January 1st.

There are many reports that “China is in a terrible situation” in Japan, but…
Japan is also the same. (dry laugh)