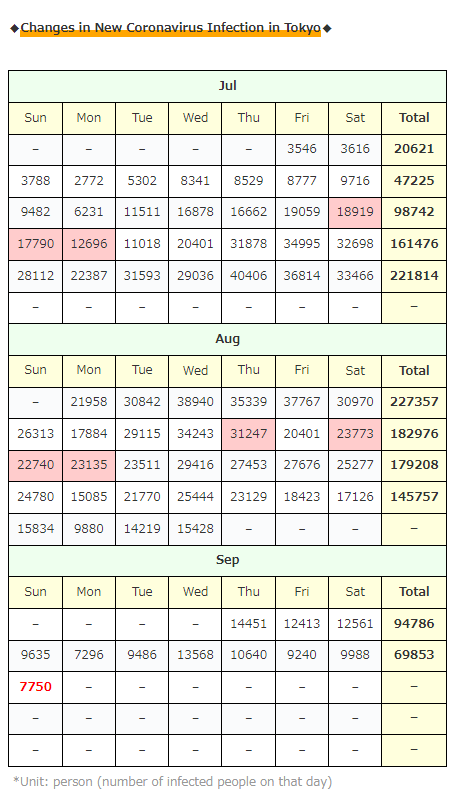 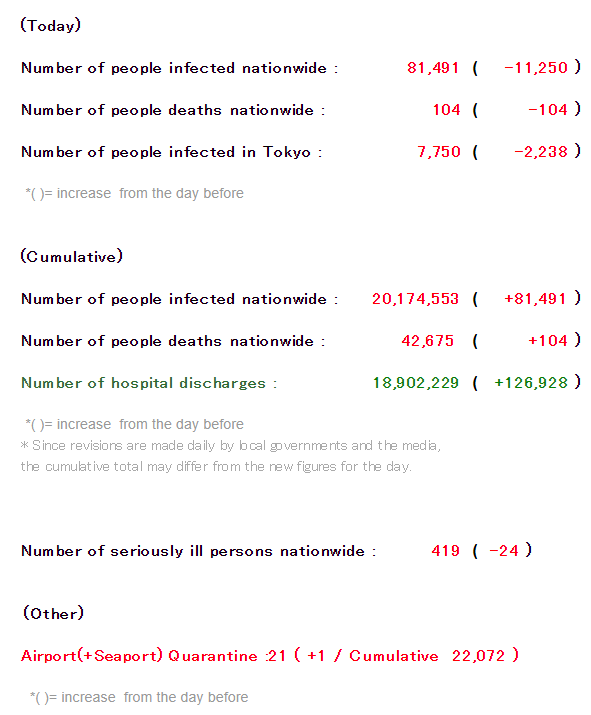 The number of infected people in Tokyo is…
It’s going down nicely today too!

Hoping that it will continue to decline this week without stopping… 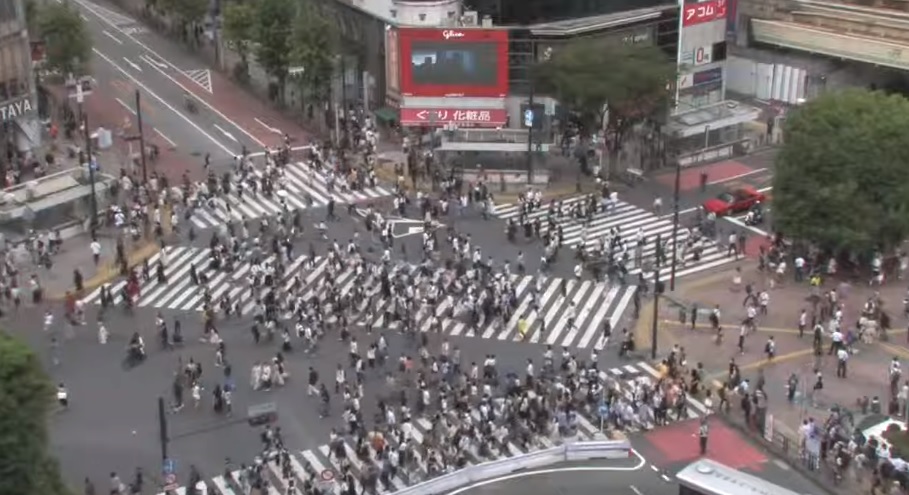 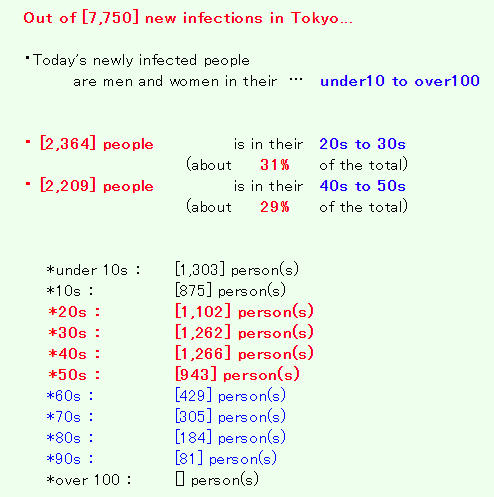 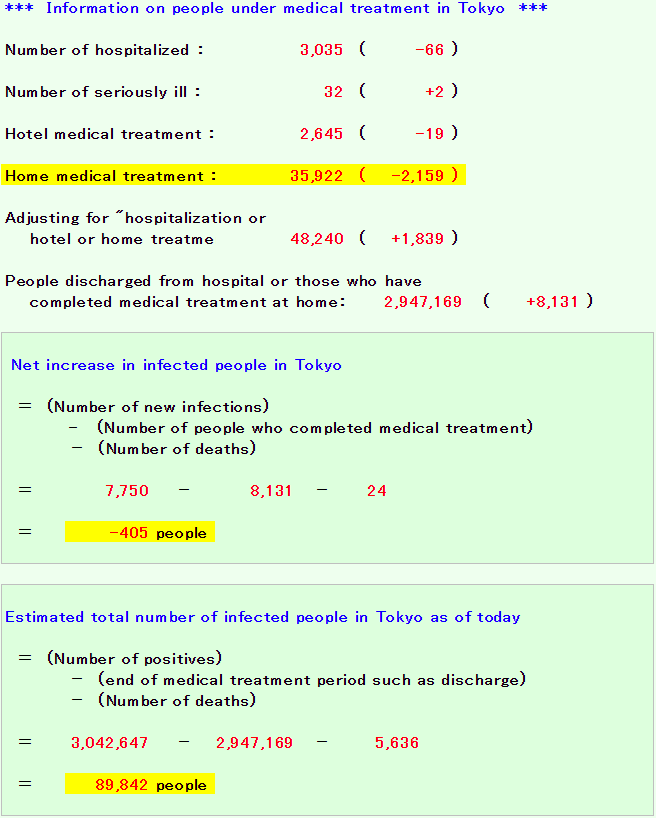 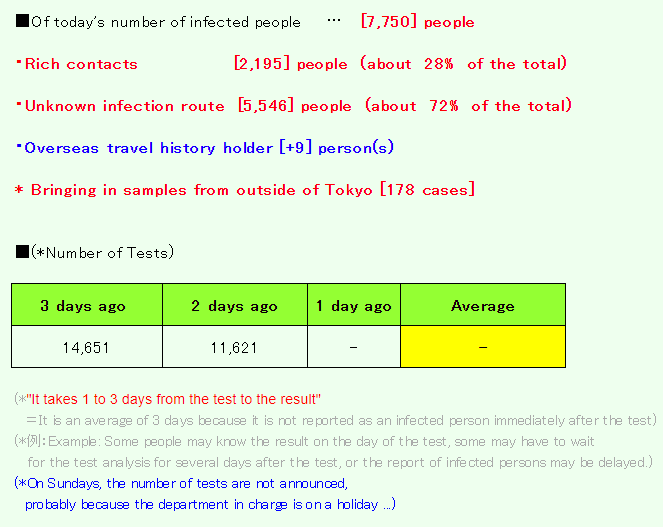 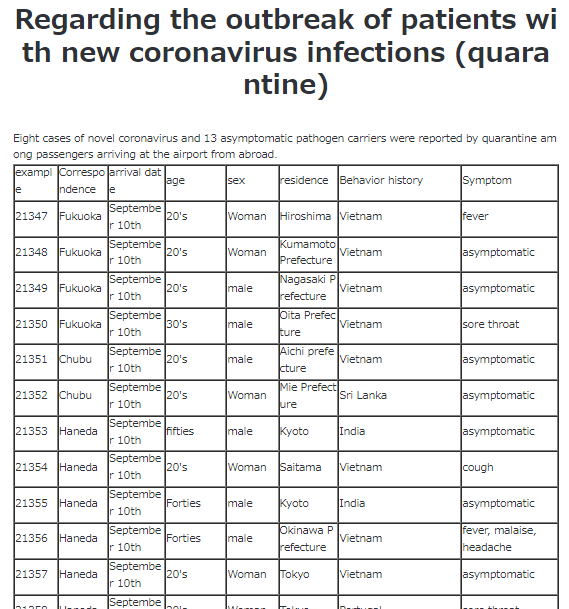 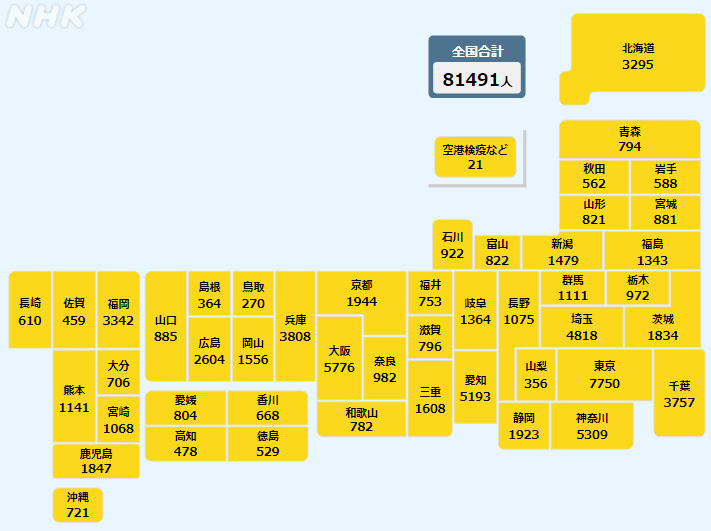 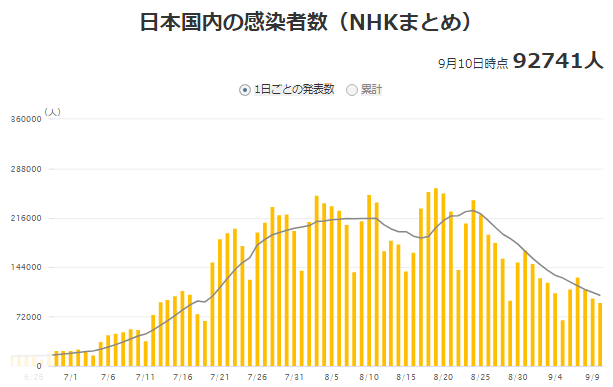 The number of infections in Japan has been declining since the Obon holiday, “just like every year”, but the Japanese government seems to want to lose as much infection control as possible while they have time…!

・Lifting of the ban on individual travel

That’s right, when the infection spreads, if they ease it, they’ll be bashed, so they’d like to get rid of it as much as possible while they have time…!!

And last week, there was a lot of talk about “shortening the period of home recuperation”, but there was also a remark like “I knew it…”!

According to Minister of Health, Labor and Welfare Kato, “shortening the period of home care” will not change even if the next super-explosion of infection comes…! 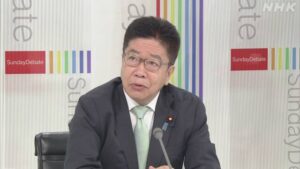 “Of course, the response will change depending on the infectivity, severity rate, and fatality rate.”

“If the supply of vaccines and therapeutic drugs progresses, and the new coronavirus becomes almost like seasonal influenza, the position of the Infectious Diseases Law will naturally change.”

↑He’s saying something dangerous, isn’t he…

“Of course, the response will change depending on the infectivity, severity rate, and fatality rate.”

↑In the 7th wave, the number of deaths continues to be the worst ever, but the Japanese government has increased the number of infected people more than that, so the fatality “rate” has fallen, so… they claim it’s fine.

From their point of view, even though the number of people who have died is the worst ever, it seems that “the percentage is decreasing, so there is no problem at all”…

Come to think of it, this outrageous remark immediately popped out due to the “review of Notifiable disease surveillance”…

It has started in some prefectures since the beginning of this month, but when the Ministry of Health, Labor and Welfare tallied the number of people recuperating at home, Tottori and Saga seem to have said something like this…↓
(*Tottori/Saga: Prefectures that have started reviewing it)

Tottori/Saga
“I don’t know the number of home care patients because I haven’t counted them! lol”

■4 prefectures■ →Miyagi, Ibaraki, Tottori, Saga
■Changed■
Only patients with a high risk of aggravation have been targeted to create an “infection notification”
(* “Notification of infection”… information with detailed information such as name and date of birth etc.)
■Continuation ■
Only the total number of infected people and the number of people by age group 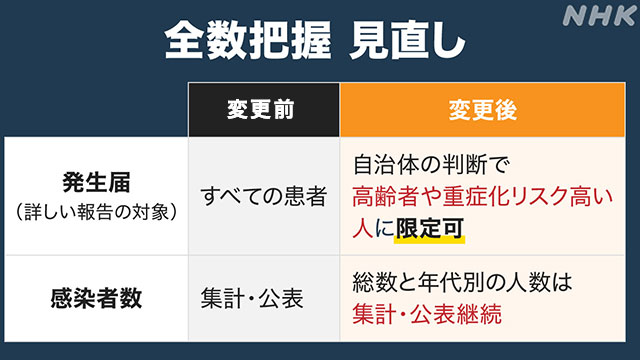