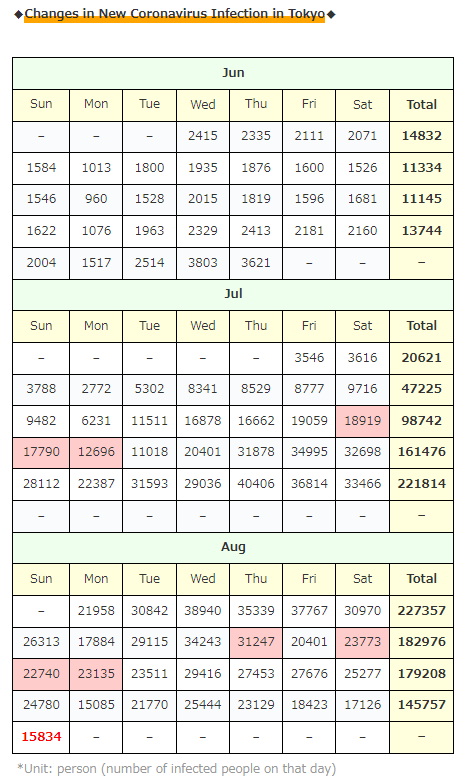 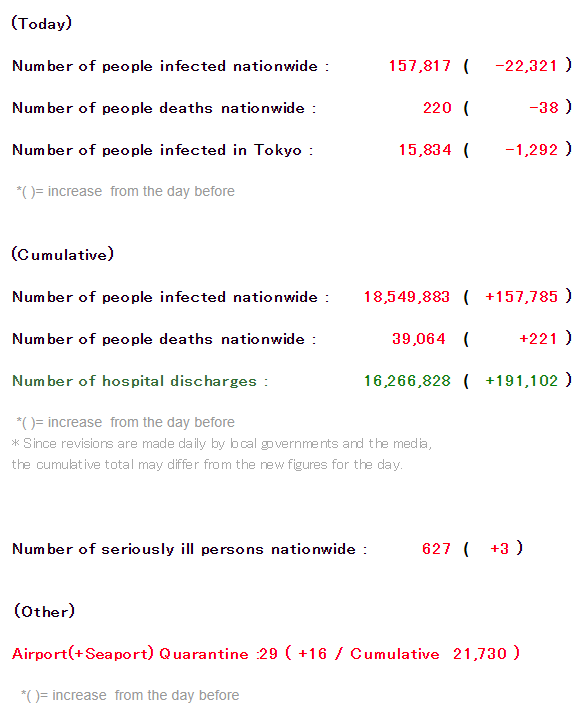 The number of infected people in Tokyo is…
Today (Sunday) is also decreasing steadily from the last week of July.

I’m a little worried about the number of deaths and severe cases, which is about a month behind the number of infected people, but… 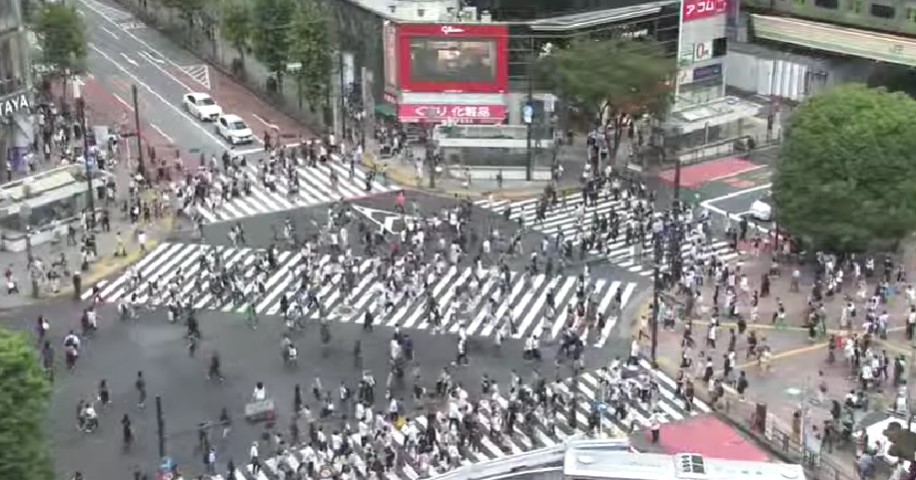 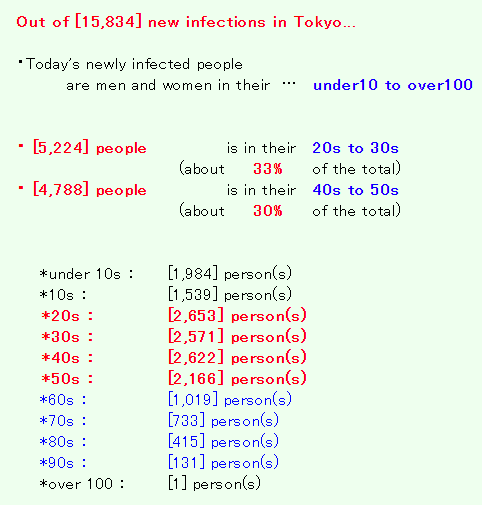 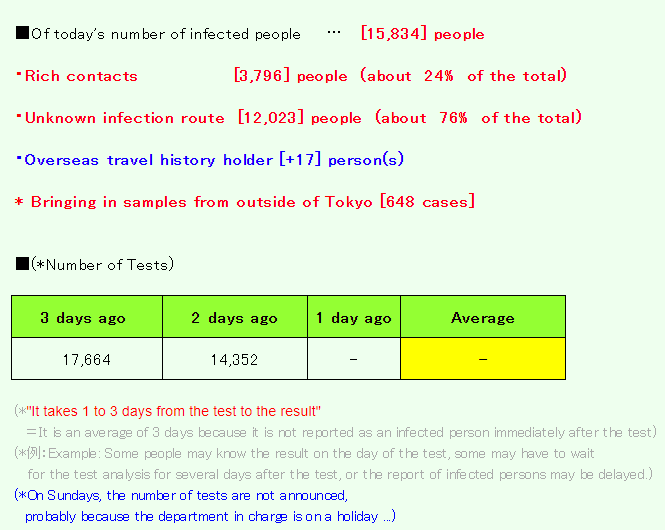 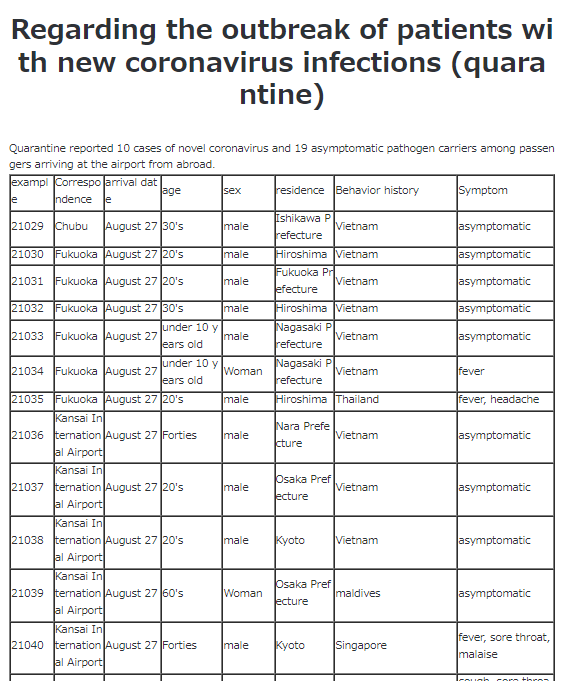 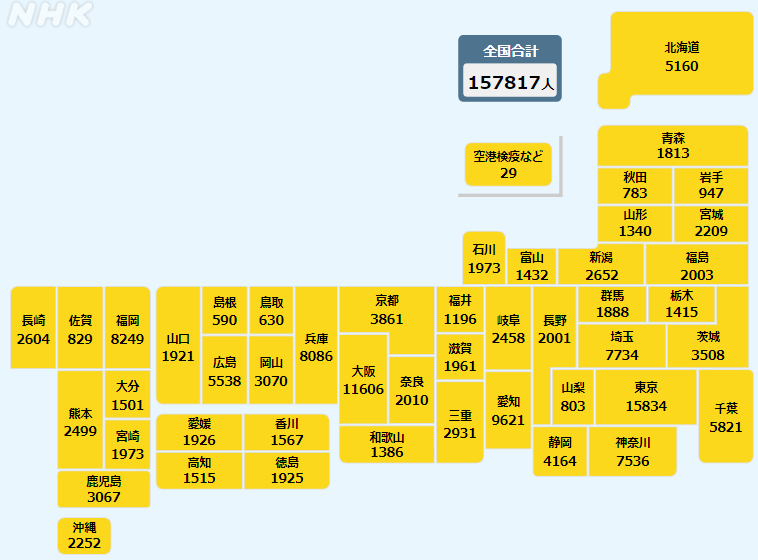 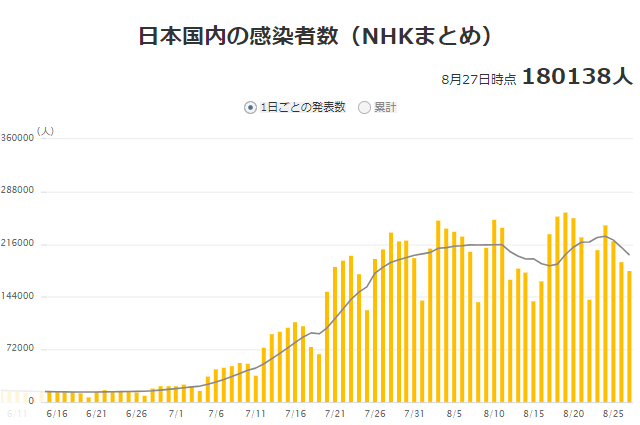 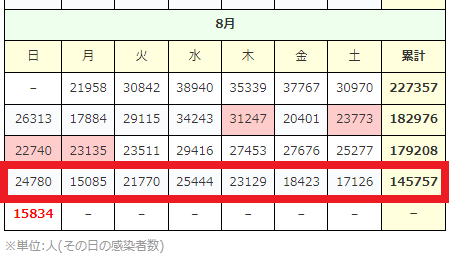 I would like to summarize it a little today!

According to the Ministry of Health, Labor and Welfare, this “review of notifiable disease surveillance” is an “emergency measure to reduce the administrative burden on medical sites”.

In short, “I stopped analyzing COVID-19 because the burden on the medical staff is heavy!”

Even now, patients themselves can enter information to some extent into the infected person information management system “HER-SYS”, so if they want to reduce the burden, they should just increase the number of people who enter it while scrutinizing the information to be entered…

By the way, the Japanese government, which has decided to stop “notifiable disease surveillance” and abandon the grasp of infection status, is preparing to avoid responsibility!

The Japanese government is calling on local governments to establish a system where patients can consult when their health deteriorates, such as those of the younger generation who are not eligible due to the “review of notifiable disease surveillance”!

As for what will happen if the Japanese government stops keeping track of all cases, only the age and number of people will be known except for those who are at risk of becoming seriously ill. In other words, there will be no follow-up such as public health centers, and it will be completely self-responsibility …!

By the way, the reaction of various places about “Review of Notifiable disease surveillance” was like this ↓ 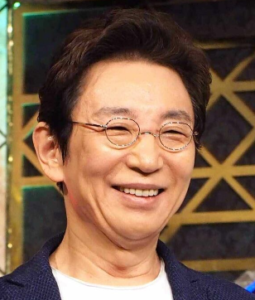 … If an infected person goes to a small clinic in town to see a doctor, it is easy to imagine that a cluster will occur at that clinic …. 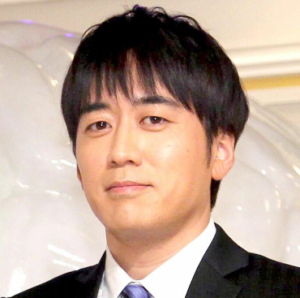 …… Above all, we will not be able to take measures against infectious diseases at all…
Moreover, the number of people who can easily remove the mask is increasing…