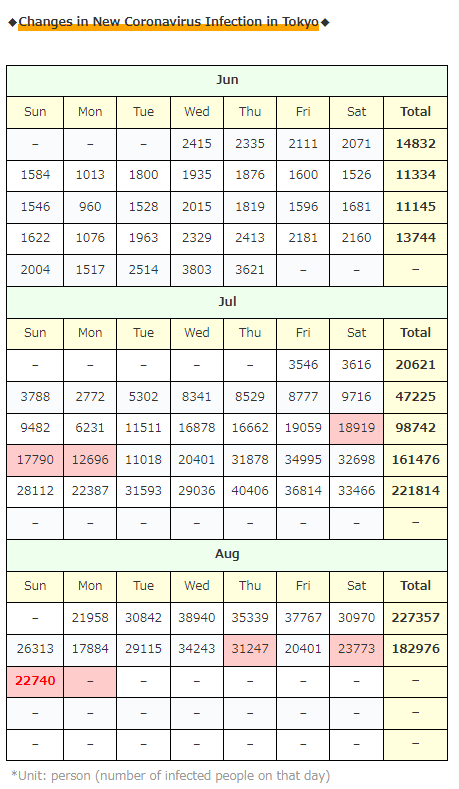 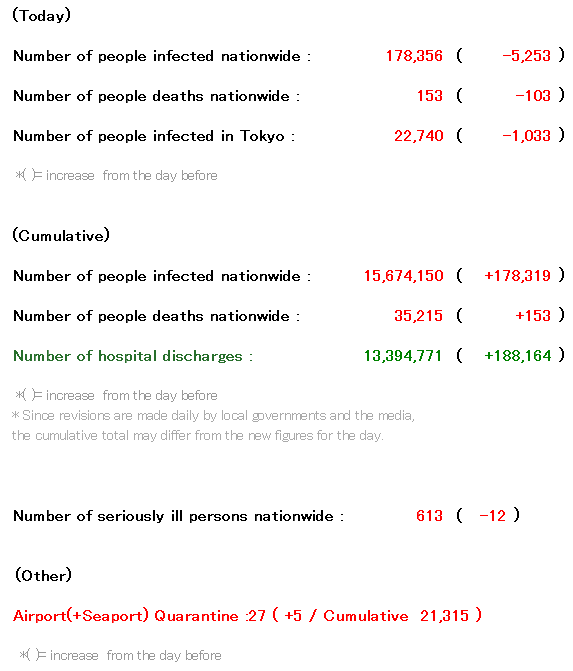 The number of infected people in Tokyo is…
As for today, I honestly thought, “What…?”

Somehow… it’s not as much as I thought even though it’s during the Obon period…
What’s this…? 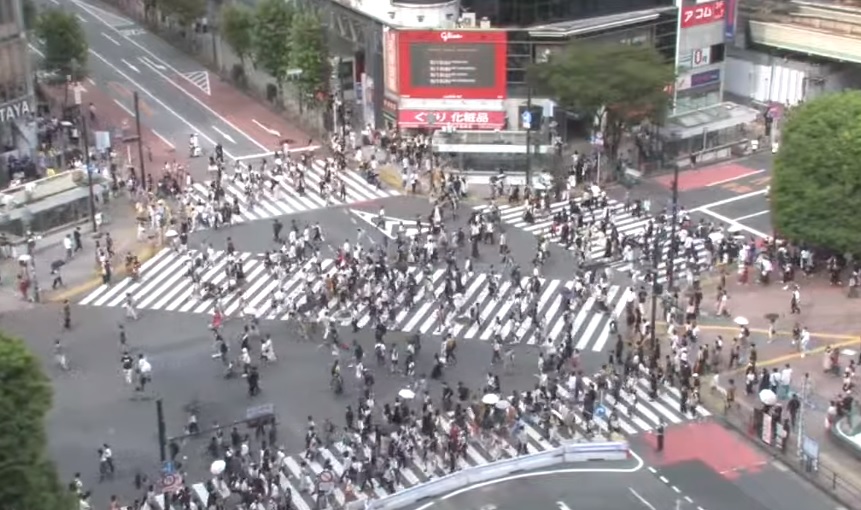 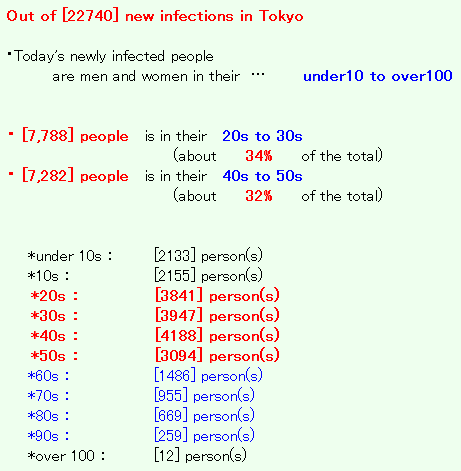 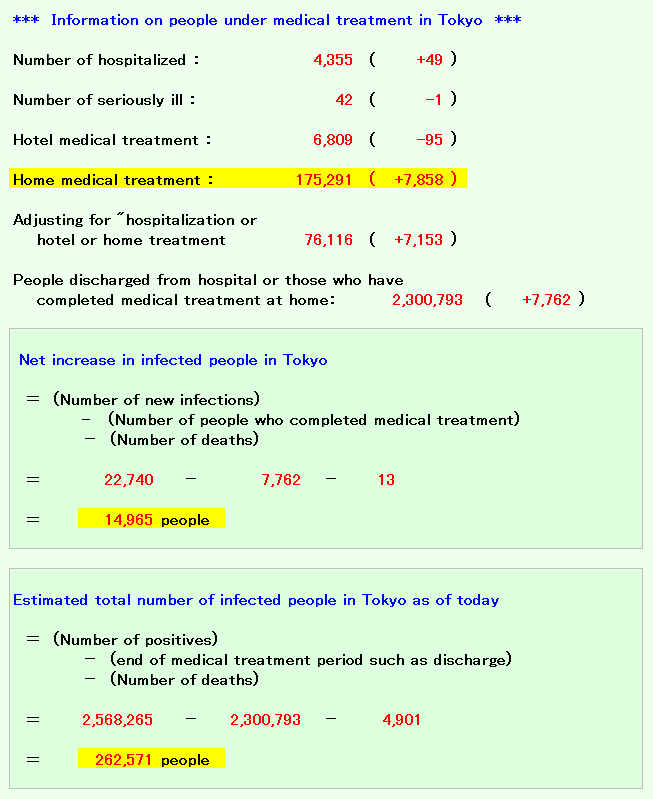 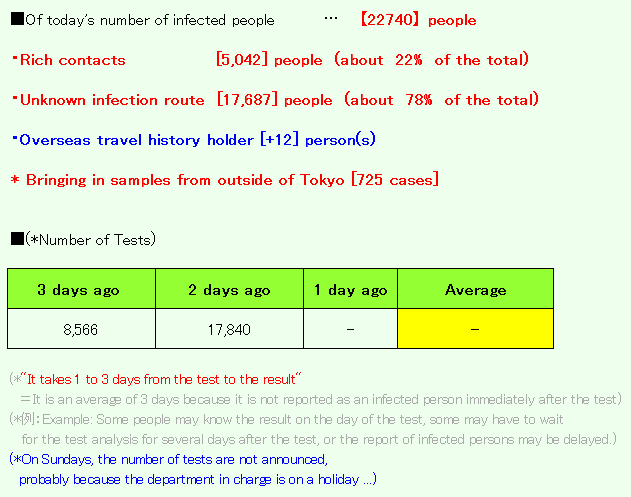 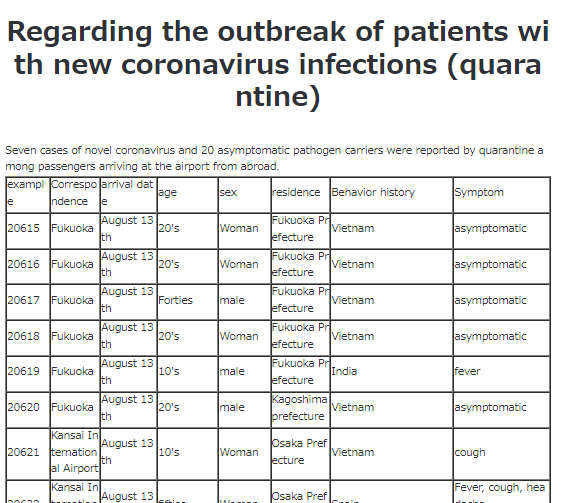 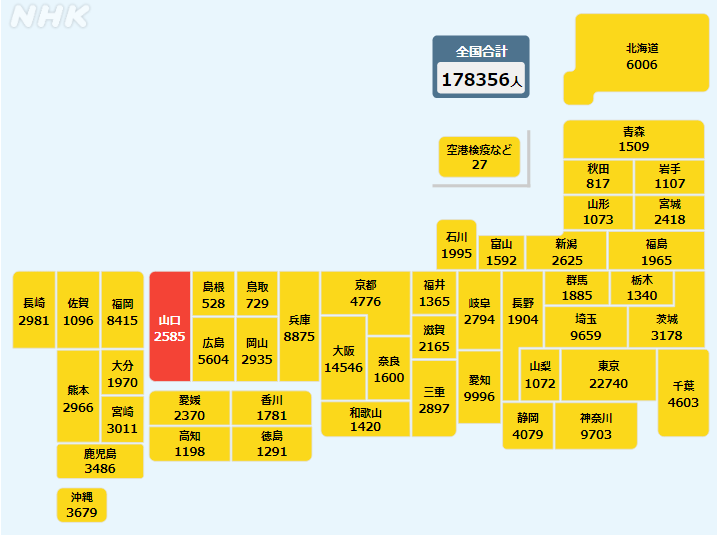 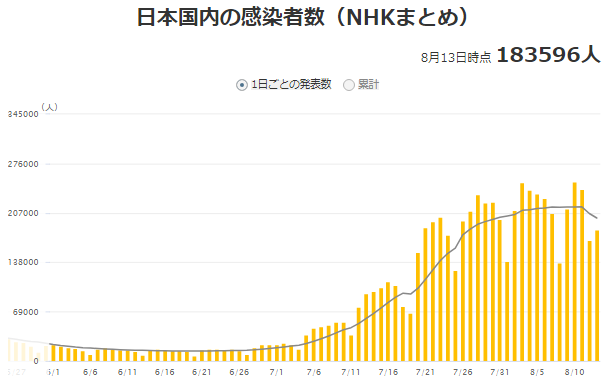 The advisory board (expert meeting) of the Ministry of Health, Labor and Welfare knew that the medical system had already collapsed before the Obon holiday, but it did not propose any countermeasures and just stood by as usual…. 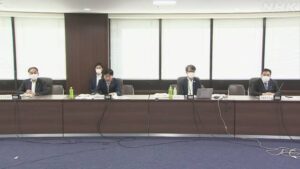 Advisory Board of the Ministry of Health, Labor and Welfare

“The current infection situation continues at the highest level of infection ever.”

“The number of cases in which it is difficult to transport ambulances is increasing.”

“Not only COVID-19 but also the medical system, including general medicine, is under a heavy burden.”

“The number of deaths is already close to the peak of the sixth wave at this point.”

Even though they declared so loudly when they said, “Remove your mask!”,
they doesn’t seem to say anything about the current state of medical collapse like “Even if we call an ambulance, we can’t get to the hospital.”
(*屋外で会話少なければ必ずしもマスク必要なし” 専門家会合 – NHK)

Looking around the city during the Obon period, all over Japan is crowded, but by the way, the number of new infections in Japan has been the worst in the world for three consecutive weeks.

＜Number of new infections between August 1st and August 7th＞

Still, there is no countermeasure, but rather “relax more!” 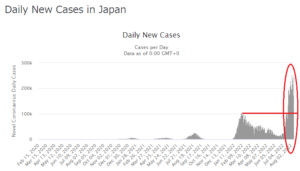 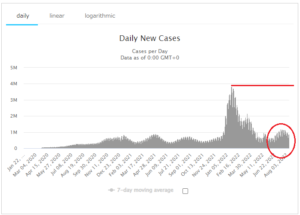 Now for the problem!
Why does Japan continue to have such a terrible infection situation? ?

As a side note, in the Yahoo! comment section, they said  “because it is inspected too much”.

Hmm, this is no good!

Despite the fact that the number of deaths is actually increasing and is becoming the worst ever, the “self-proclaimed experts” of general public say that the cause is “Over-testing only makes the number of infected people look high.”

By the way, the Tokyo Metropolitan Government (monitoring conference) also said that “the increase in the number of people in downtown areas is also the cause of the spread of infection,” but there is no particular regulation…

(Changes in the number of deaths in Japan since Jan.2020) 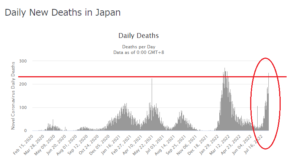