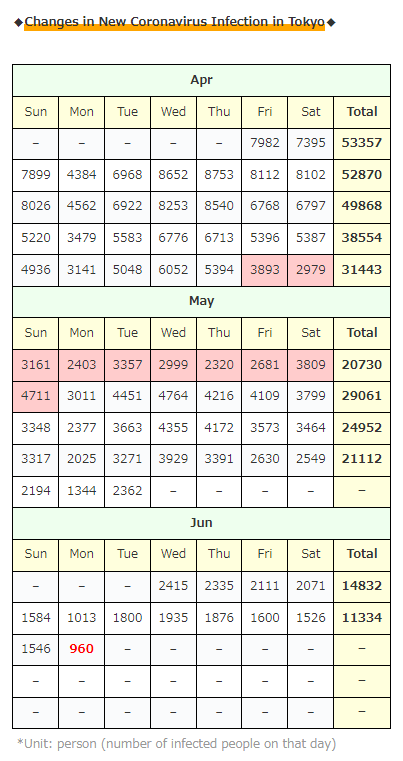 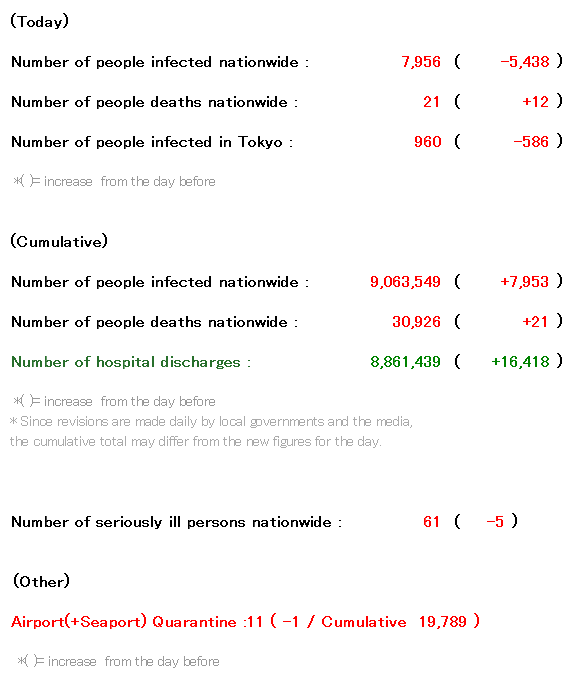 The number of infected people in Tokyo was…
Even though it’s Monday, it’s finally below 1000!

It’s mid-June now, but I think the infection will spread again in the latter half of July, so I hope it will continue to decrease until then …! 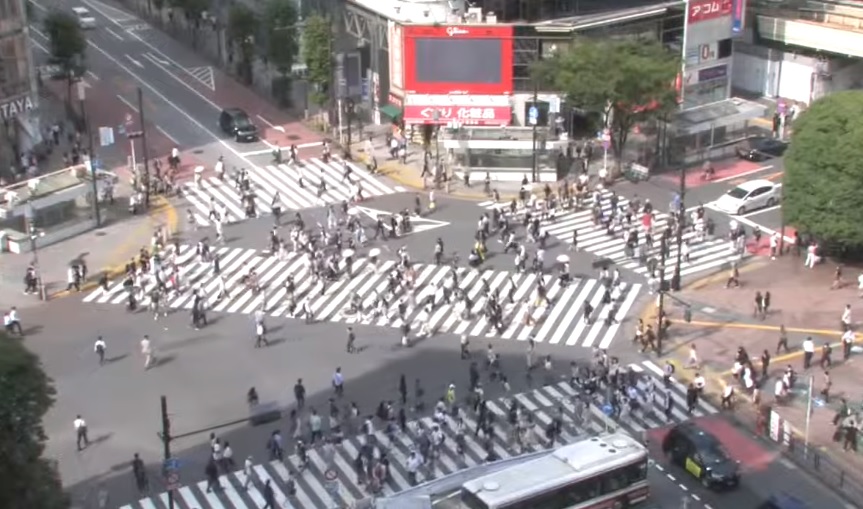 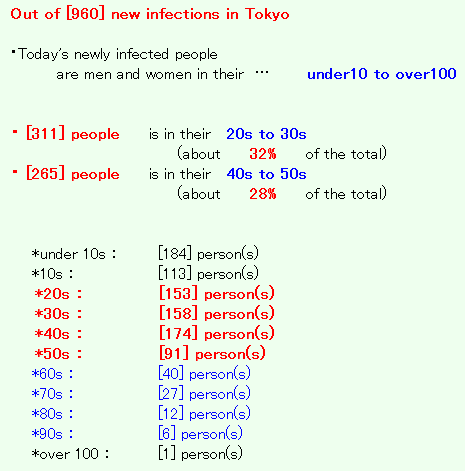 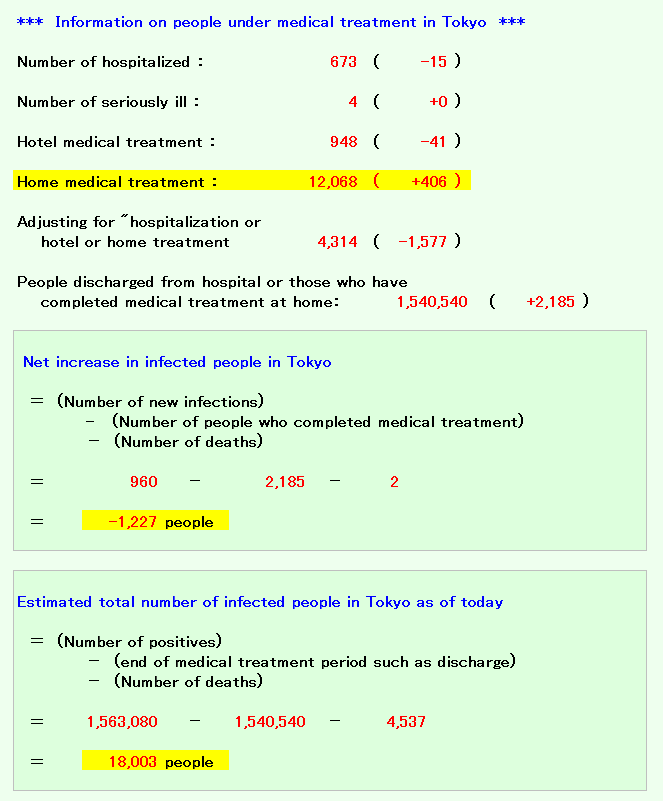 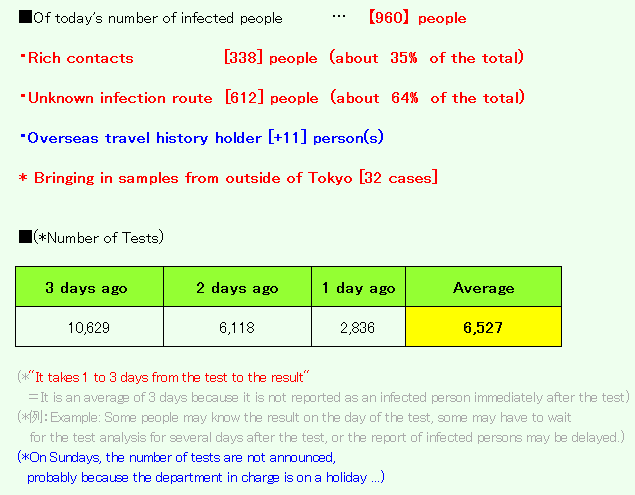 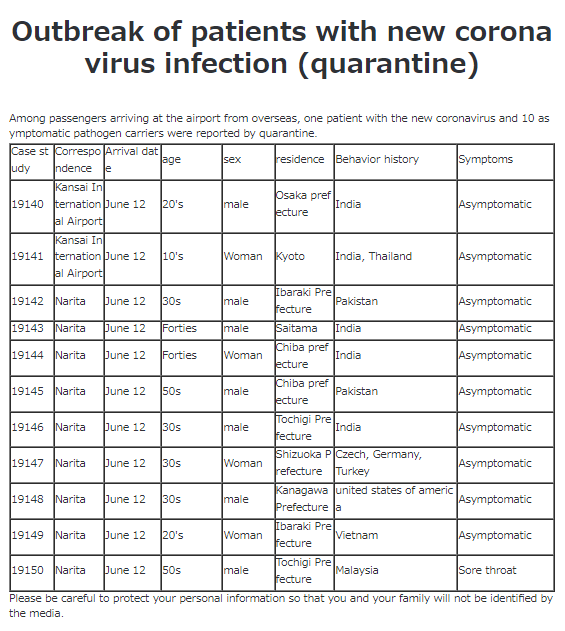 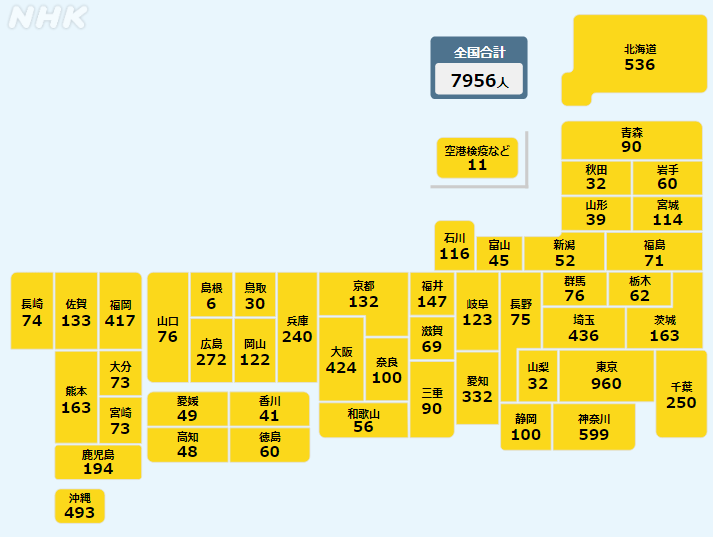 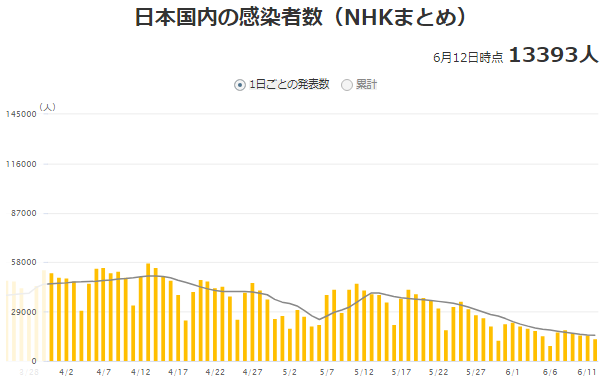 Well, this week has begun!

Every day, I’m summarizing the infection situation in Japan and Tokyo, but I may be a little worried for the past few days …

This is the situation by age of the severely ill in Tokyo yesterday, June 12, but… 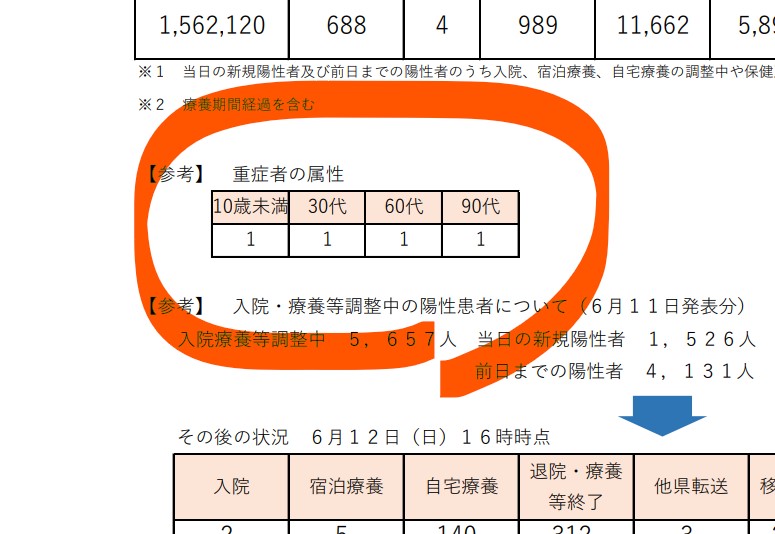 ↑as far as I can see, it seems that the situation that “because they are old, it is easy to get serious” is disappearing …

By the way, this situation started a few days ago, and before that, there were almost people in their 40s and over.

I don’t know if the effect of the COVID-19 vaccine has spread to older people so much that age doesn’t matter, or if the infection status has become age-independent, but anyway…, I’m particularly worried about that the child under the age of 10 …

By the way, the number of newly infected people in Japan and Tokyo is gradually decreasing, though it is gradual … ↓ 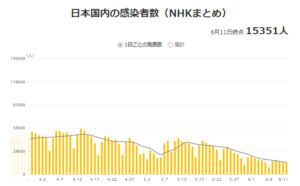 ↑ It feels like it’s finally starting to decrease after “Golden Week” in the middle of the graph!

The positive rate in the test in Tokyo is also introduced every day in ↑, but 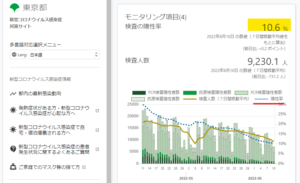 ↑It has decreased considerably!
The positive rate seems to have dropped to a quarter compared to February!

In the world, it has stopped lowering completely, and the position where it stopped is near the peak of the wave so far, so… it is a ridiculous situation, but… 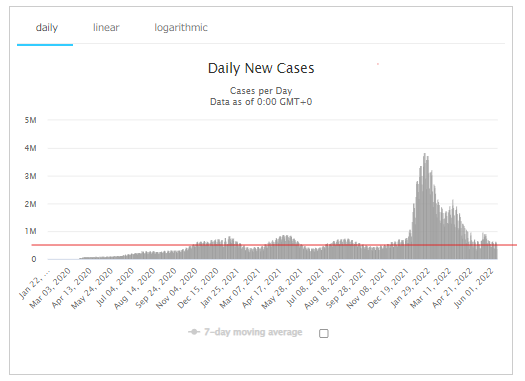 in Japan, the following things have just happened, but the effects have not yet come out, so the infection situation in Japan is improving nicely!
Relaxation of immigration restrictions on June 1 (up to 10,000 → 20,000)
Resumption of acceptance of foreign tourists on June 10

Today, in the topic section above, I have summarized the following!

“Overseas, although it has decreased from its peak, it has stopped declining near the peak of the waves so far.”

“On the other hand, in Japan, the GW is finally over and the infection situation is improving thanks to the off-season.”