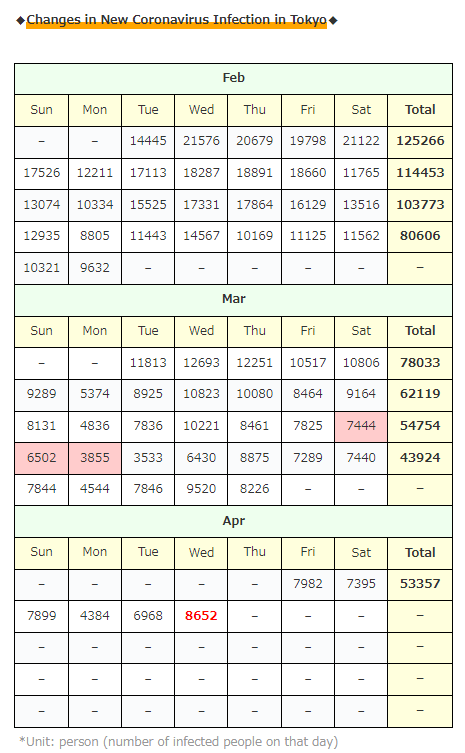 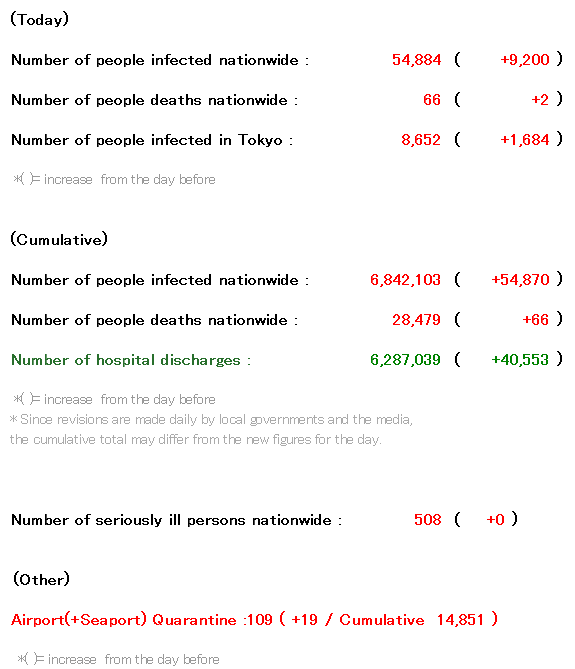 The number of infected people in Tokyo is …
It looks like it’s gone down compared to the previous week, but think twice, there are still close to 9,000 people …

Remember … there were less than 50 people in December … 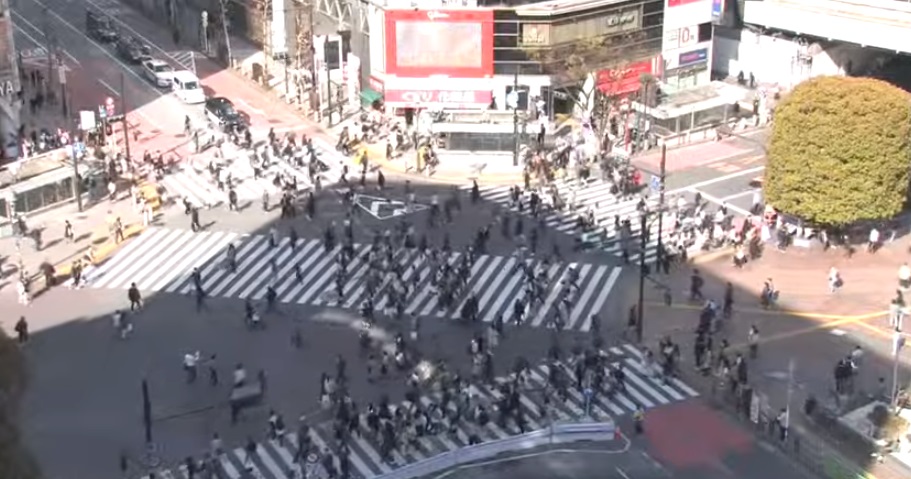 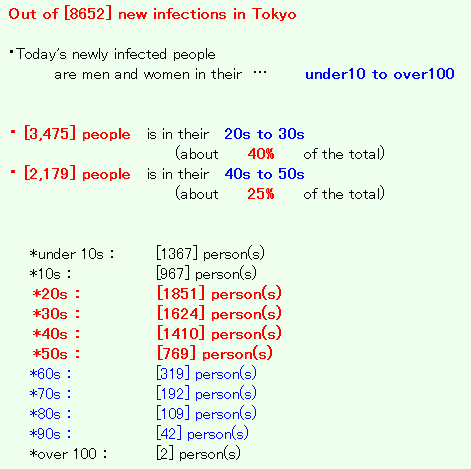 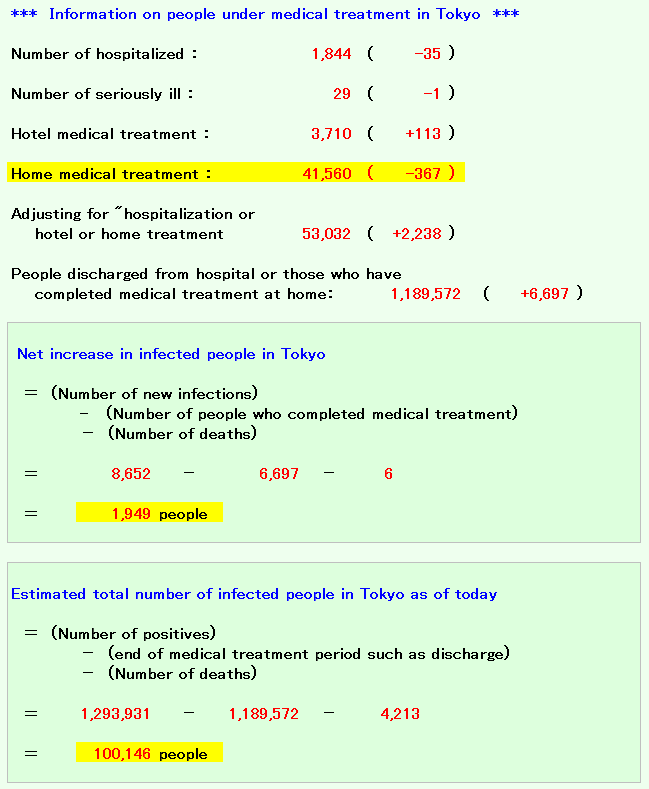 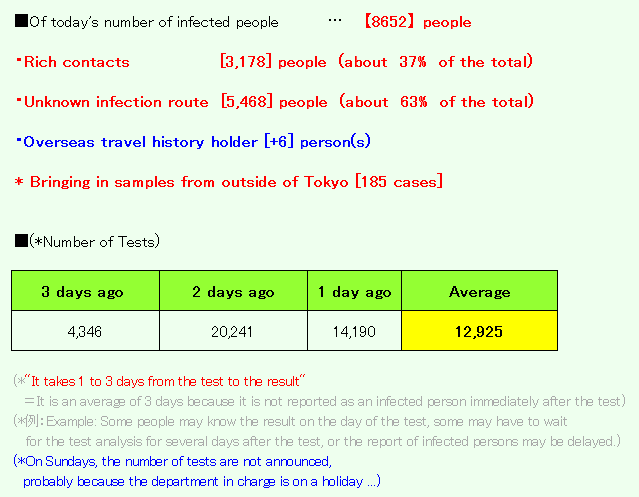 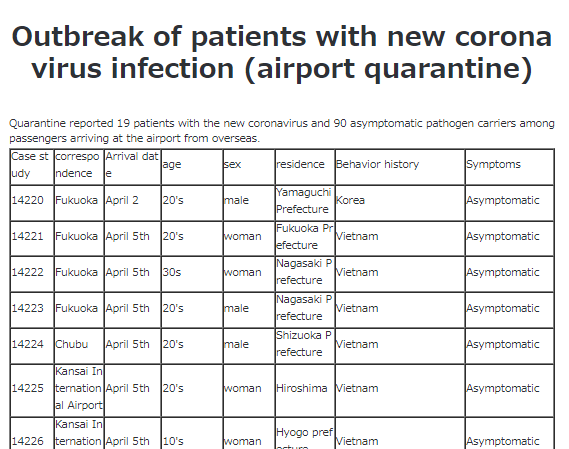 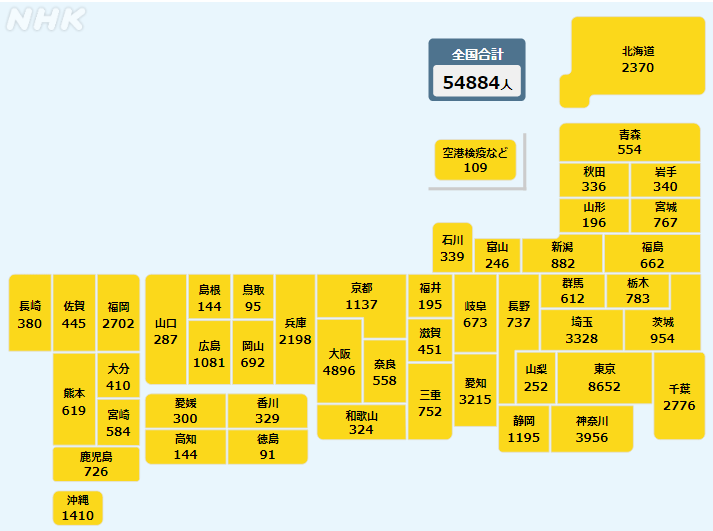 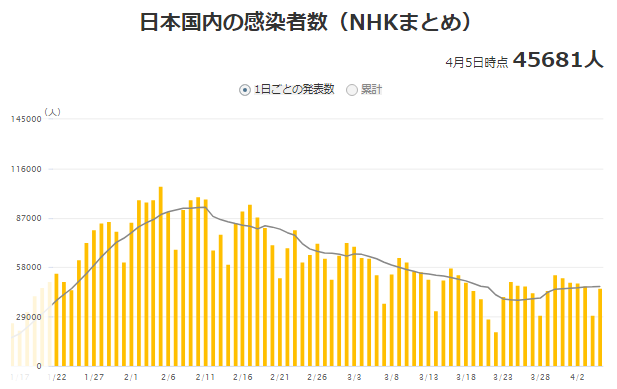 I thought about it, but it have been the best in Japan again! (lol) ↓ 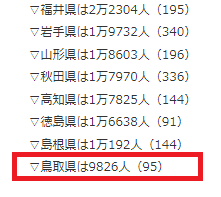 (↑Cumulative number of infected people as of April 6)

It seems that Tottori University of Environmental Studies is conducting antigen tests on all 1,200 students before the face-to-face class starts on April 11. The university may have thought that they might have brought the virus from outside the prefecture or inside the prefecture during the spring break, but this infectious disease control that shuts out at the entrance is too wonderful! 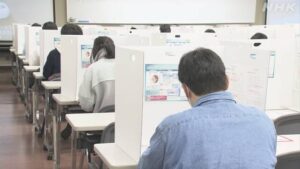 And of course it’s free!

And … I’m a little worried about the recent “airport quarantine” …

Each image are less than half of the list … ↓ 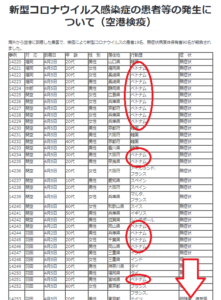 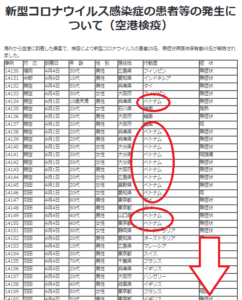 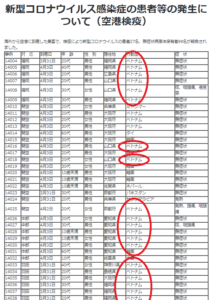 There are many infected people who have come from Vietnam strangely … 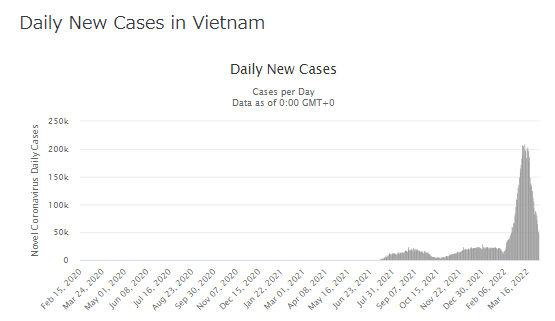 (*In fact, the cumulative number of infected people is the 12th in the world …)

Is there a cluster on the plane, is there a large number of Vietnamese immigrants in the total number of immigrants per day, is there a super-explosion of infection in Vietnam, or is Vietnam’s infection certification standard too different from Japan?
I’m not sure which is the real reason, but since immigrants are coming to Japan, I would like the Japanese government to make a firm judgment based on Japanese standards …

And … Japan seems to be gradually returning to everyday life.

At Tokyo Disney Resort in Chiba Prefecture, a new hotel with the theme of Toy Story has opened. 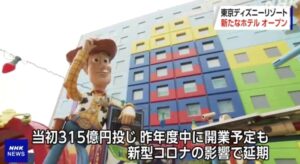 It seems that the condition of the hotel is getting better recently.

I hope the infection will subside and the true daily life will return sooner.
Recently, the number of infected people has remained high, but I see a lot of people taking off their masks in the city …