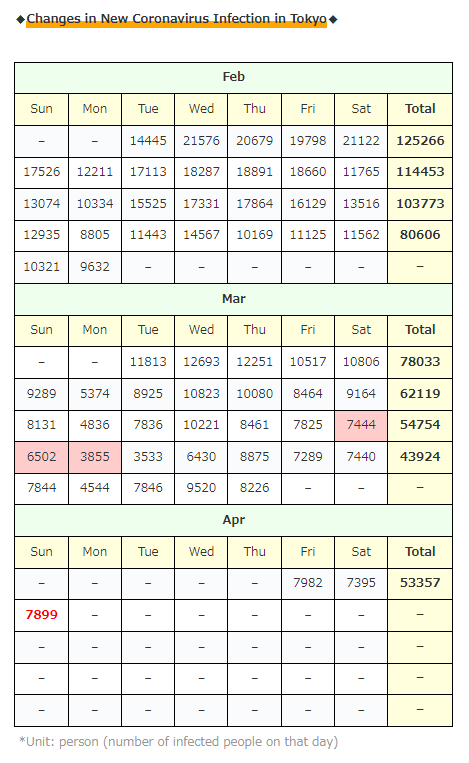 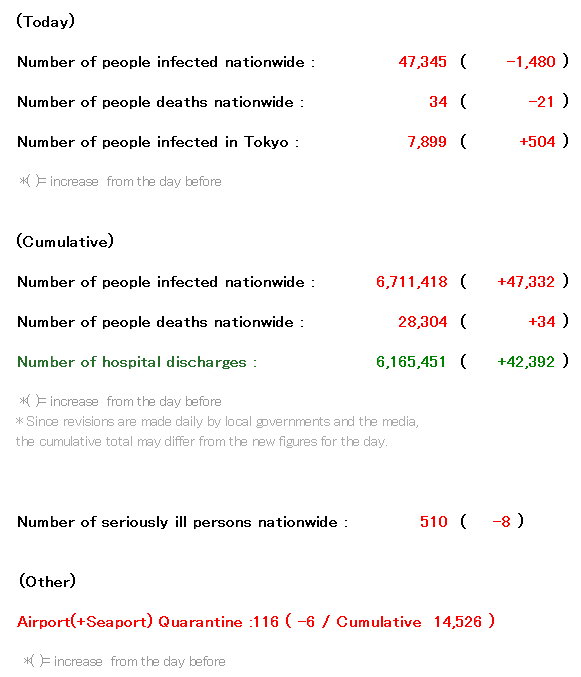 The number of infected people in Tokyo is ….
Today is about the same as last week … 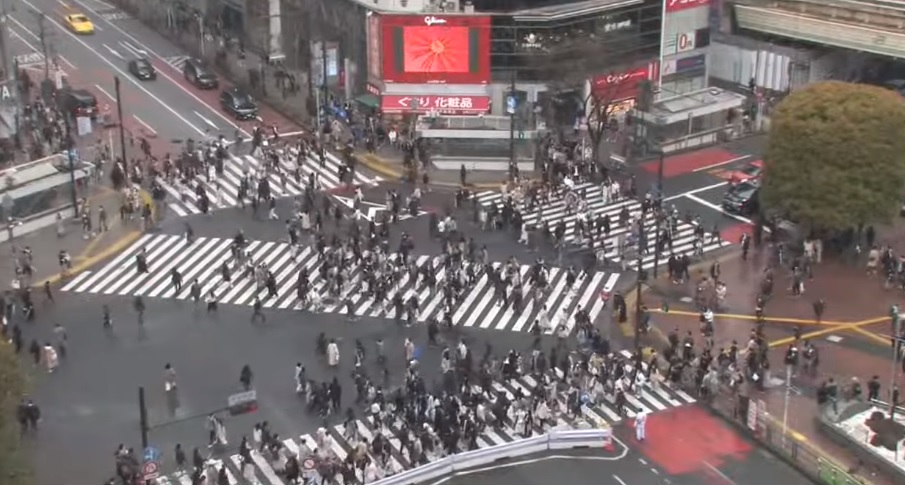 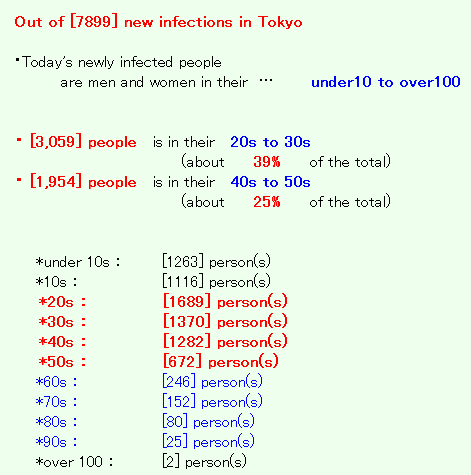 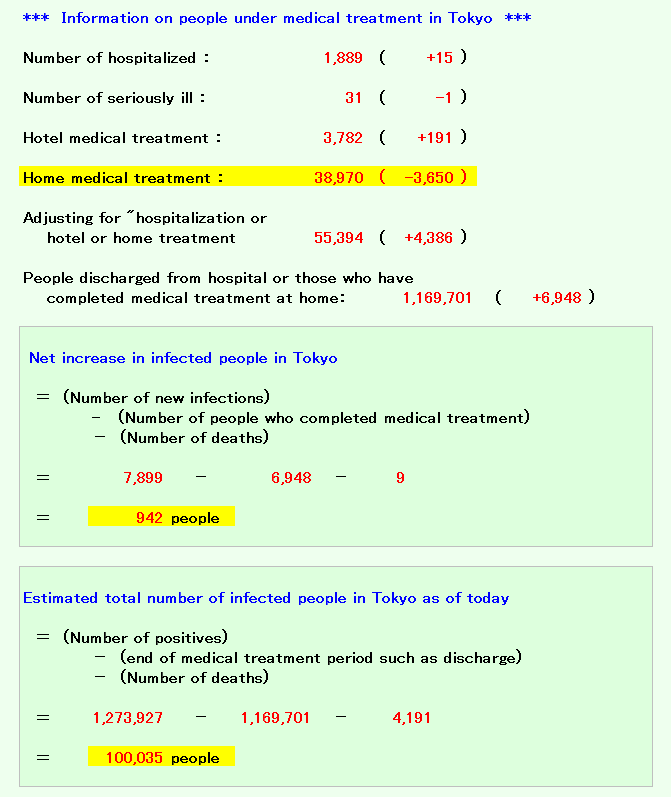 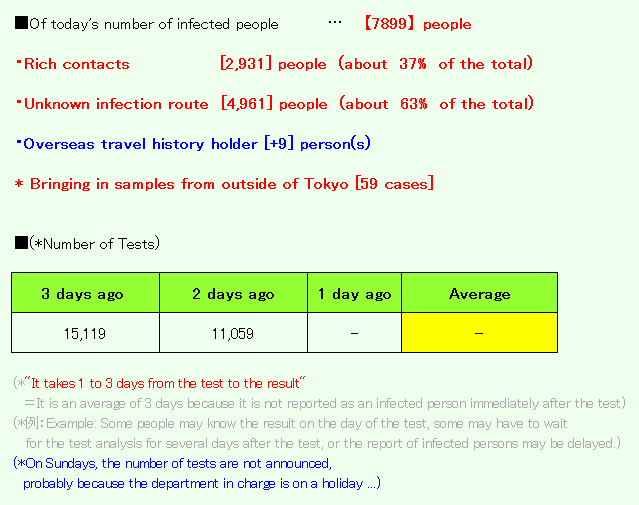 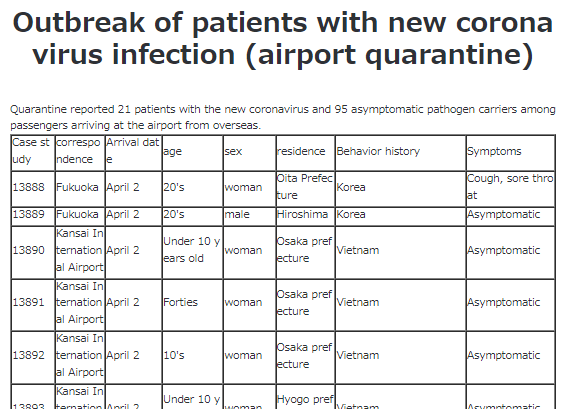 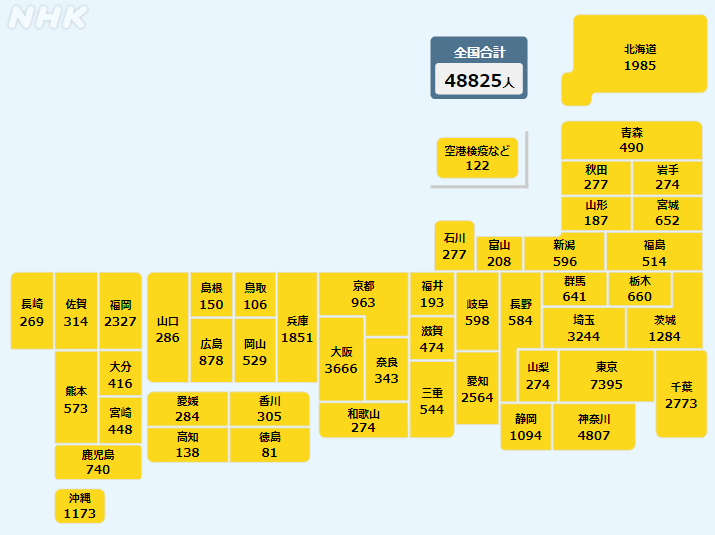 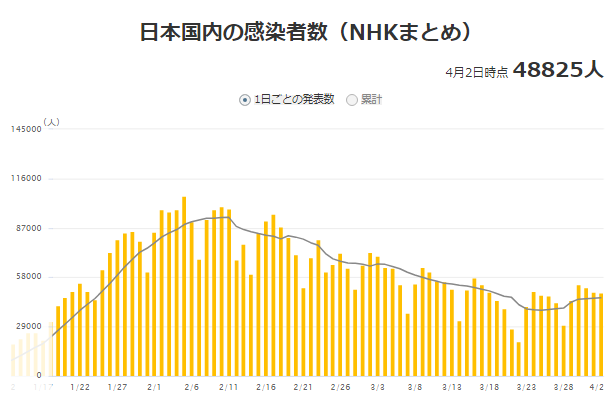 By the way, it seems that “Omicron variant XE” has also occurred in the world …

Of course it’s not a lie, right?

Although it is many times more toxic than influenza,
it has been left unattended to spread as much as influenza,
so new variants will be generated more and more like influenza …!

By the way, how long it has been left unattended … For example, the current test positive rate in Tokyo is like this … ↓ 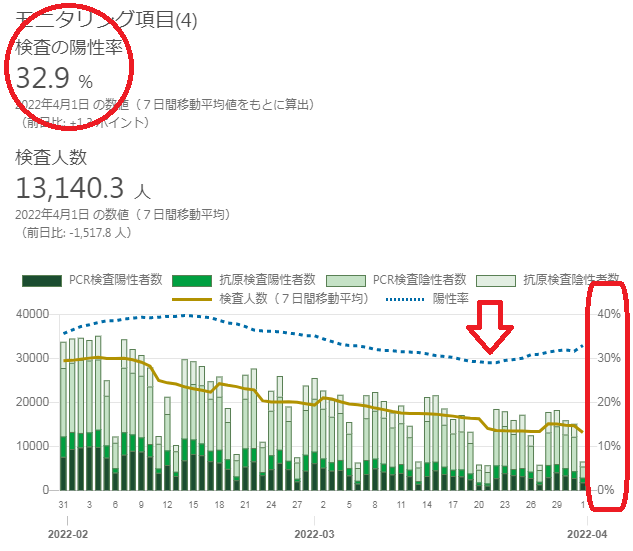 ↑The test positive rate remains at 30% or more, which is another dimension, because the restrictions are only relaxed without taking any measures …
(*Until now, the time when the infection had subsided was less than 2% in Japan) 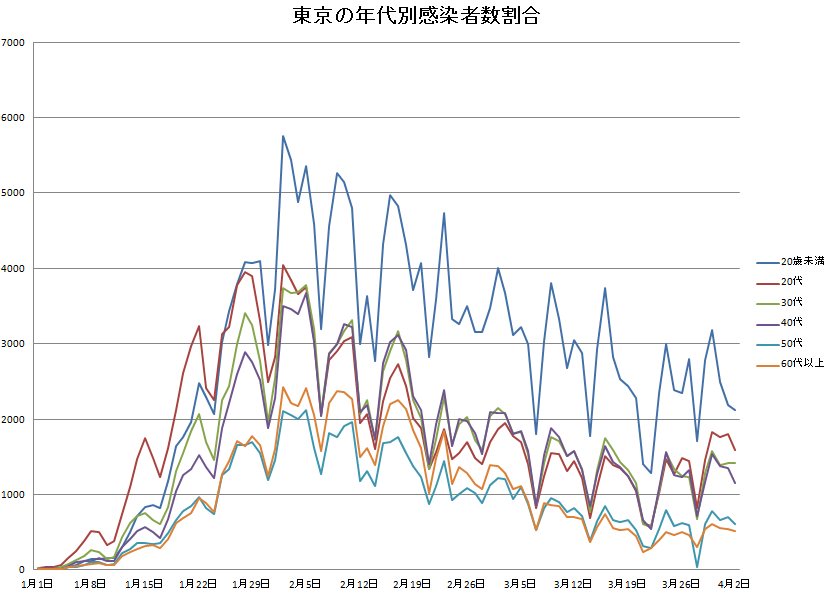 ↑Until now, there were an unusually large number of people in their twenties, but this time the sixth wave has similar movements and numbers except for those under the age of 20.

Maybe it’s because the main character, Omicron variant, is so infectious that it gets infected regardless of daily activities,
or
because most of the people other than those in their twenties are no longer refraining from activities,
but I’m not sure if it’s averaging or why the infection rate is averaging …

By the way, you may think that
“Under 20 years old is for two generations under 10 years old and teenagers? The population is different!”
, but … ↓ 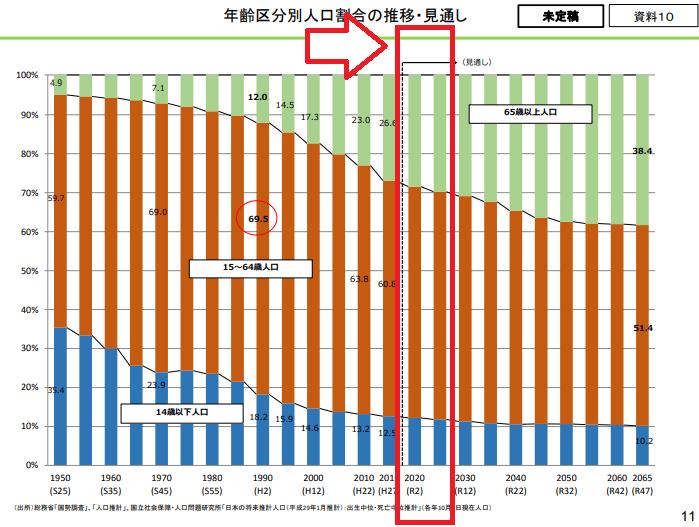 After all, “high / low population ratio” does not seem to have much to do with the infection rate …

Hmmm… I wonder if it’s related to bevaccinated or not…?

It seems that the infection prevention effect of vaccination is about 50%, so it is [amulet level] in the sense of preventing infection, but after all, if you look at the data like this, it seems to be better to do it than not … 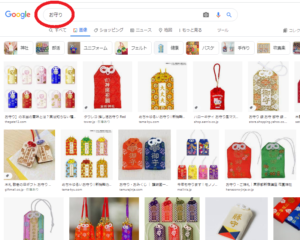 It seems that neither the government nor the people are willing to refrain from activities anymore, but is it really okay to continue as it is?
Are you going to live with a mask for the rest of your life? !! ?? !! ?? !! ?? !!

I want to remove the mask, so I want to suppress the infection …! Crying

By the way, the infection spreads every year at this time of year due to “Spring break & work transfer season & graduation / admission season”, but the current transition of 1 metropolitan area and 3 prefectures is like this … ↓

↑ Oh … It seems that the number of 3 prefectures hasn’t decreased so much …?

↑ It seems that Tokyo has decreased a little from the unusually large number, but it has not decreased at all in 1 metropolitan area and 3 prefectures …?