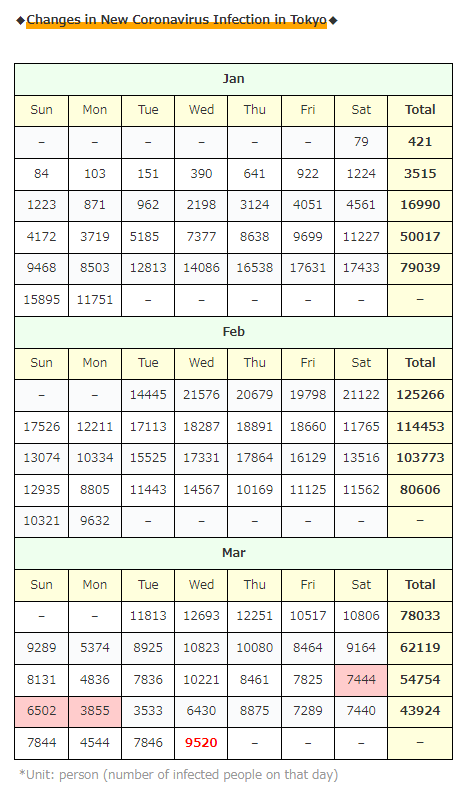 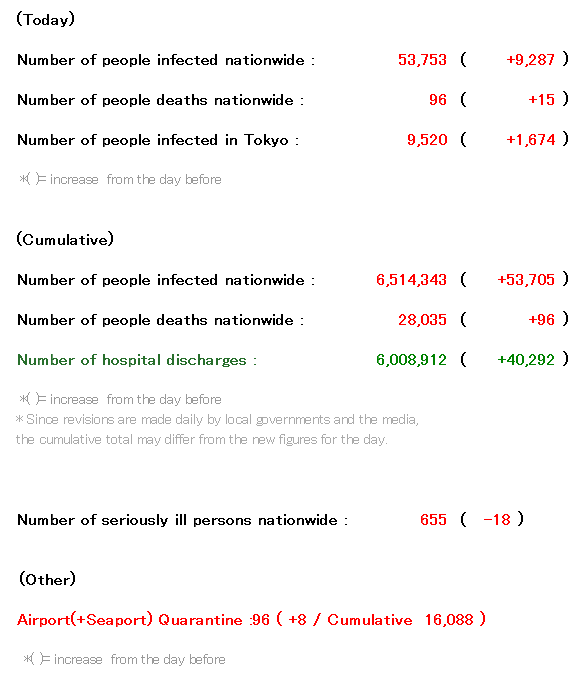 The number of infected people in Tokyo is …compared to last week …no,
before that, it seems that the number will exceed 10,000 again ……………

This … is completely re-expanding …?
As expected, only dry laughter comes out …! 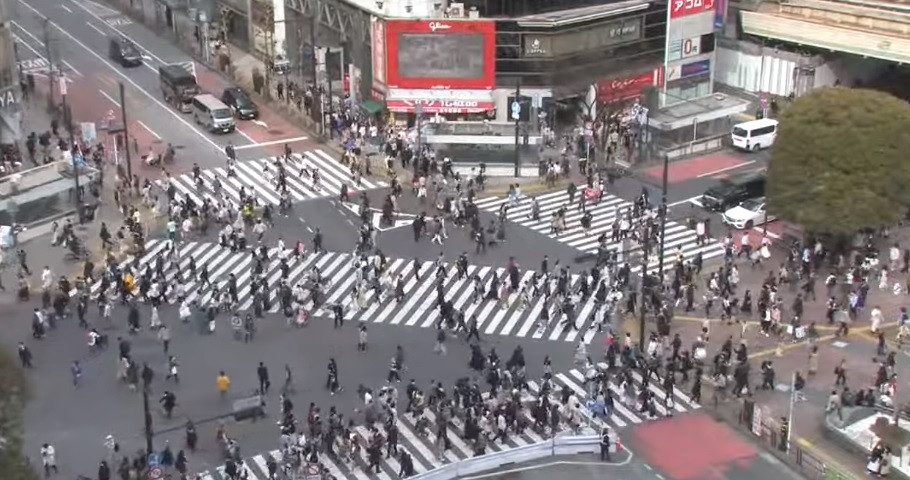 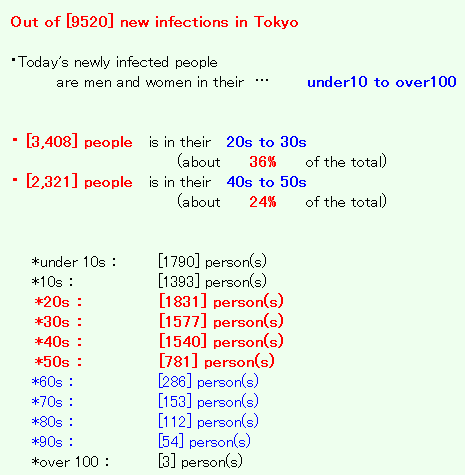 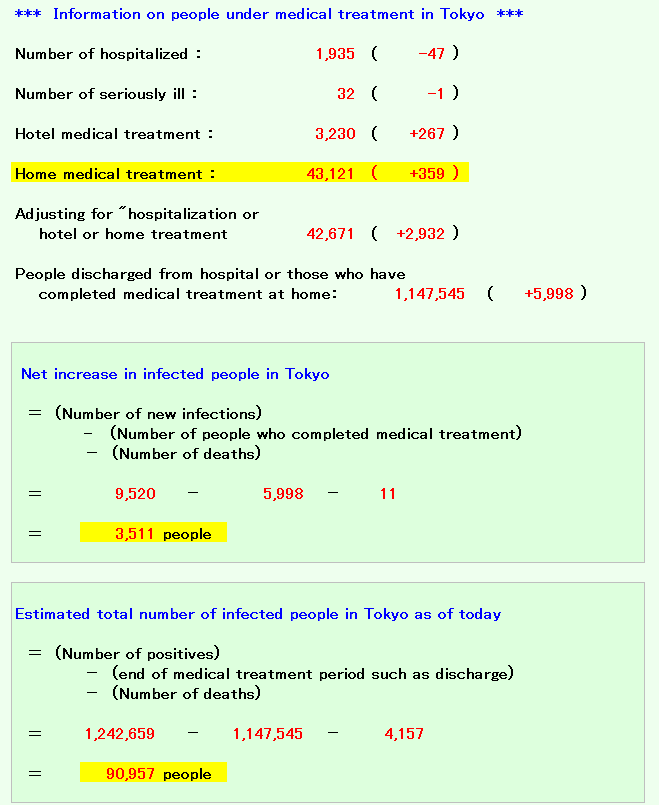 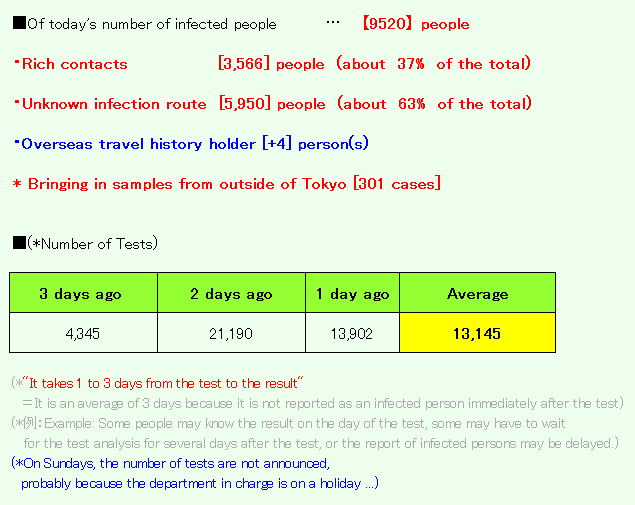 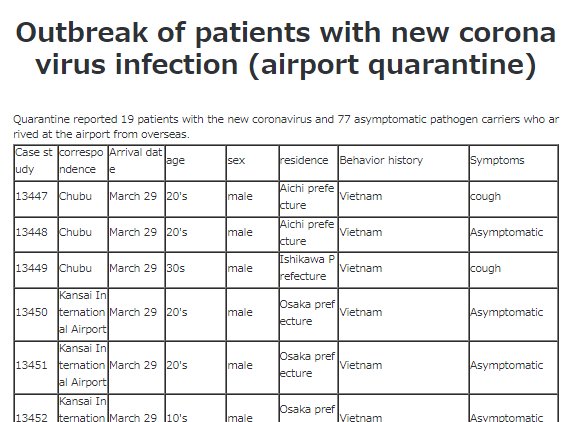 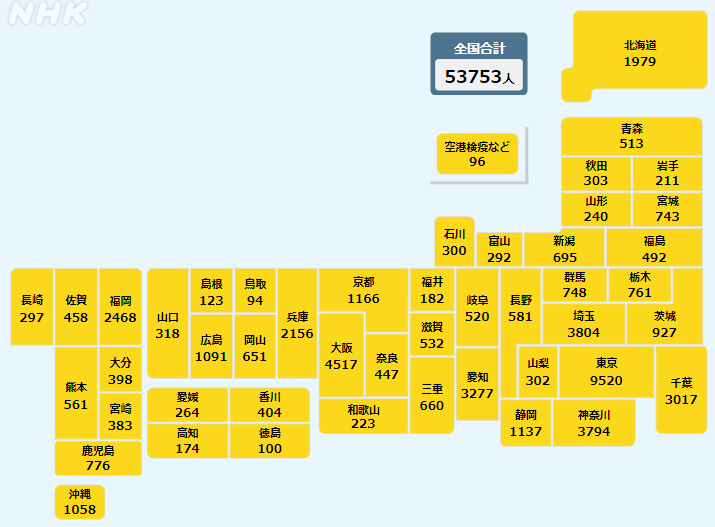 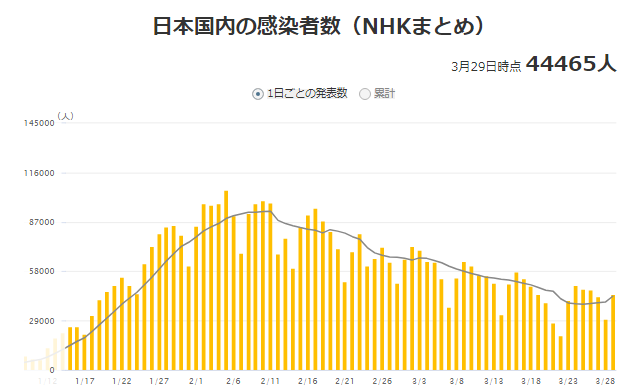 I will introduce from this article today!

The data actually released seems to be below compared to the expected number.
31% increase for women,
17% increase for men,
72% increase especially for women in their 20s

By the way, in the article, it was concluded that “it affected the younger generation because of financial hardship” … Is that really the case?

I think it’s more likely that people are more likely to lose their mental balance because the relationship between people has diminished, but it’s like that around me. What do you think about this??

By the way, the topic changed, and NHK provided such data! 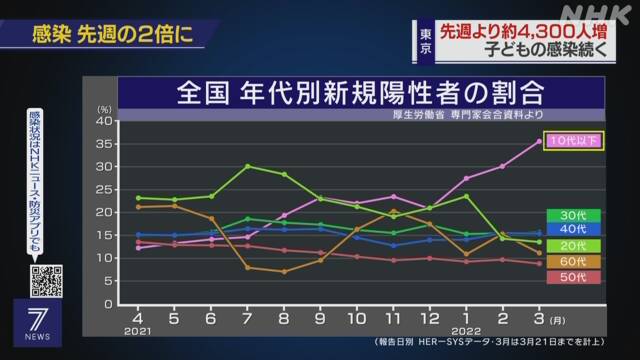 ↑If you look at it monthly like this, you can see more about the infection status!

According to that, the following can be understood well.

・ The figures for people in their twenties, who had been the main players in the infection for a year and a half until the fifth wave, have settled down to an average level.
・ Numbers for teens and younger have skyrocketed since around July last year.
・ Other than that, only the numbers in their 60s (orange) have a mysterious fluctuation.

The numbers for teens and younger include exactly two generations, under 10 and teens, so I’m not sure if the volume is high relative to the population, but it is worrisome that the number of infected people of that generation, which was still much smaller, has suddenly increased since July last year.

Since July last year = from the 5th wave, so…it means that the variants after Delta Variant have evolved to be able to infect generations that have not been supported until now …
（Because I remember that there was no major policy change at that time …)

Even if you see that the number of people in their twenties, who had a large number of infected people until the fifth wave, has settled down to the average level, the virus seems to has evolved wisely so that it can be easily transmitted to anyone regardless of their behavior…
That information confirms that, doesn’t it?

If not … “The generation over 30s started ignoring COVID-19 completely like their 20s, and started to act freely and became more susceptible to infection.” Is that so?

There were consecutive holidays last week, so it’s not very helpful, but

according to each news site, “the number of infected people has started to increase in more areas” …! 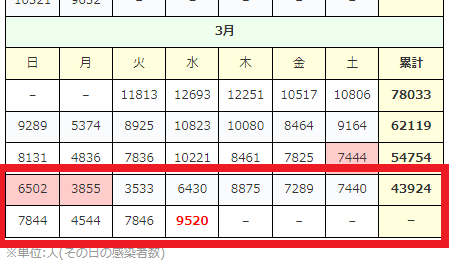 ↑As you can see, last week and this week are volatile due to the consecutive holidays (red background part of the calendar), so it may not be very helpful until this settles down …!

I hope the infection doesn’t spread …!